Equality, justice, and investment in nature must be at the heart of the corporate climate response 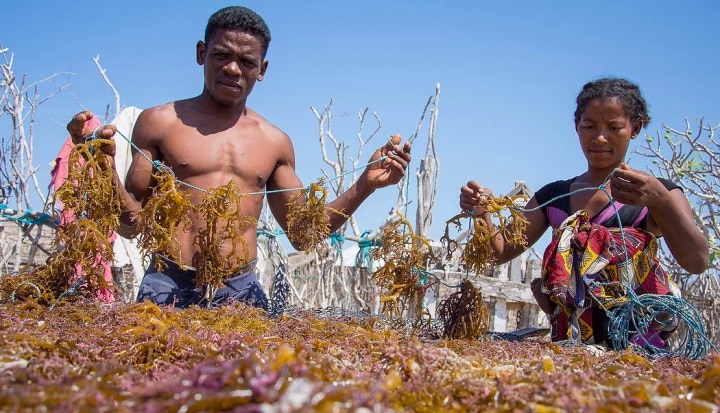 With the release of the latest report from the IPCC on climate science, the planetary emergency sirens are sounding louder than ever. And as the world awaits the outcome of crucial international climate talks in Glasgow, momentum is building for ambitious global action that delivers net-zero greenhouse gas emissions no later than 2050.

With the release of the latest report from the IPCC on climate science, the planetary emergency sirens are sounding louder than ever. And as the world awaits the outcome of crucial international climate talks in Glasgow, momentum is building for ambitious global action that delivers net-zero greenhouse gas emissions no later than 2050.

Through initiatives such as the Race to Zero and the We Mean Business Coalition, business is playing its part — but with the most severe impacts of climate breakdown being felt by the most vulnerable sectors of society who have contributed least to the crisis, and whose livelihoods often depend on a resilient natural environment, companies must put equality and justice, as well investment in nature-based solutions, at the heart of attempts to tackle climate change.

Climate disasters such as floods, storms, droughts, and fires wreak the most destruction on communities with the poorest quality infrastructure, and with the fewest resources with which to rebuild. People in low-income countries are four times more likely to be displaced by extreme weather than those living in rich countries. And climate change severely impacts sectors that rely on natural resources, such as agriculture, forestry, fishing, and tourism, on which poor people often depend. Agriculture accounts for 65% of employment in Africa, for example, and coastal-based tourism for 20%-50% of GDP in small-island developing states.

While the world’s richest 10% cause 52% of polluting gases, they also extract over half the world’s income. The world’s poorest 50% contribute towards about 7% of the problem, and survive on a similar proportion of global income.

It is vital then that companies help deliver a just transition — a shift to a green, low-carbon economy that does not leave millions of workers and their communities behind — and ensure climate justice across their business operations, supply chains, philanthropic activities, and engagement in policy dialogues.

Recovery from the COVID-19 pandemic and the transition to a green economy hold the promise of green jobs and the reallocation of capital in support of industries that create societal value. But efforts to ‘build back better’ that do not address climate justice could make the situation worse. For example, policies that increase the costs of polluting fuels without also mitigating effects on the poor can worsen energy poverty, exacerbating vulnerability. People in disadvantaged communities will, without support, struggle to access the training and skills they will need to thrive in the low-carbon economy.

Business Fights Poverty’s paper, Business and Climate Justice, explores how companies can embed climate justice in their response to climate change, and highlights numerous opportunities. These include investing in small producer resilience across value chains, especially through supporting economic opportunities for women; increasing access to essential products and services such as insurance, and making them affordable; and investing in community regeneration and economic diversification in areas impacted by a move away from carbon-intensive industries, with a particular focus on low-paid workers.

With climate resilience and economic development dependent on healthy ecosystems, investing in nature is a critical part of securing climate justice for poor communities, as well as ensuring an inclusive recovery from the global pandemic.

This article was previously featured on Medium