Empowering Women in Toy Factories: Insights from Pilots in India 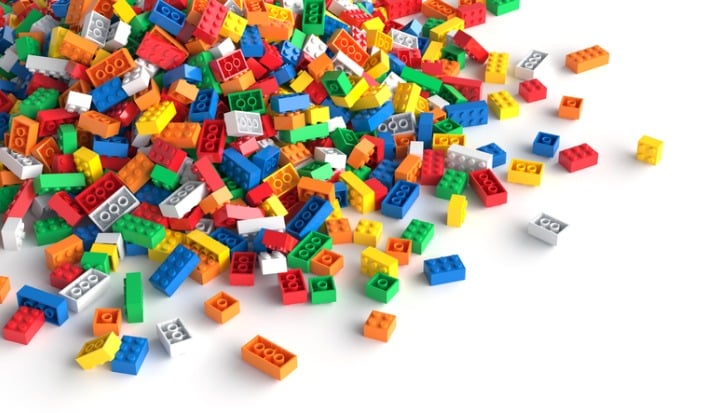 If you are buying a toy for your child, niece, or nephew, it was most likely made by a woman in China or India. Indeed, women make up over 60 percent of the global toy manufacturing workforce and are critical to its success. However, low-income women working at toy factories can face gender discrimination, harassment, and poor health conditions.


Ethical Toy Program and BSR collaborated on a women’s empowerment program that was piloted in three toy factories in India with a total population of 824 workers—including 198 women. The program, funded by the Ministry of Foreign Affairs of the Netherlands, consisted of in-factory trainings on gender awareness, health, communications, and prevention of gender-based violence delivered to ‘Core Groups’ comprised of managers, HR staff, and frontline workers. Core Group members were also in charge of driving actions for gender equality and disseminating the learnings to the entire workforce.

From the pilots, we gained several insights into what it takes to develop successful programs to advance women in the workplace:

As India is an emerging sourcing destination, the largest toy factories in the country employ only a few hundred workers, compared to factories located in established toy manufacturing centers such as China which can employ many thousands of workers. The factories that participated in the pilot were family-owned and were new to women’s empowerment and social sustainability standards. Despite the experience being different for each of the factories, we saw common changes across the whole pilot. These outcomes are encouraging for factories and buyers who want to invest in women even at the beginning of their journey.

One outcome we saw across the three factories was an increased understanding of and commitment to gender equality and worker well-being among factory management, supervisors, and workers through the provision of in-factory training. This translated into all three factories creating or strengthening policies to prevent sexual harassment, in compliance with India’s POSH Act, reinforcing their grievance mechanisms, and increasing awareness of these amongst workers.

These outcomes are encouraging for factories and buyers who want to invest in women even at the beginning of their journey.

The pilot also resulted in greater awareness on menstrual hygiene and increased use of sanitary napkins. Prior the training, it was common for women workers to use cloth during menstrual cycles. By realizing that period poverty was exposing women to serious infections, the factories decided to provide subsidized sanitary napkins to the workers. That, coupled with the efforts to debunk the taboo of menstruation, increased the reported usage of sanitary napkins among women by a factor of eight and, more surprisingly, led to men advocating for their use to the women in their family.

Though the trainings were conducted in the workplace, the program helped improve workers’ communication and relationships both at work and at home. Before the trainings, women would hesitate to approach their male coworkers. The focus on assertive communications and tackling deep-rooted gender stereotypes led to better interactions between workers and supervisors of the opposite sex. It also led to greater confidence, as explained by one woman frontline worker that was part of the Core Group, “I spread awareness on health and hygiene among my peers at work and home. This process has given me immense confidence, I now plan to study again to realize my dream of becoming a teacher.”

In addition, before the intervention, participants rated their relationships at home with an average of three, on a scale from zero to 10, with 10 being the highest. After program completion, the average rating was nine. Some men attributed the improvement to their engagement in household work. “Before I never helped my wife with household chores,” one worker explained. “Now, instead of blaming her, I cook breakfast if she is busy. I have become more considerate towards her.”

The program made all participants aware of the existing services to prevent violence against women at work and in their community.

Lastly, the feedback we received showed that the program helped to decrease acceptance of violence against women and increase awareness on how to address violence. Prior to the program, participants rated their understanding of sexual harassment with an average of three out of 10, and they reported no awareness of available services to approach in case of violence. After program completion, the average rating had risen to eight. The program made all participants aware of the existing services to prevent violence against women at work and in their community. Even more, some participants also re-evaluated their abusive behavior. One male worker noted, “The trainings made me realize how insensitive I was. Now, instead of insisting, I wait for my wife’s consent when it comes to intimacy. Respect and communication are very important in a relationship.”

Factory owners, managers, and workers that were once skeptical about the intervention are now championing women’s empowerment in the workplace—and also within the wider toy industry in India and their own communities. Looking ahead, Ethical Toy Program and BSR will explore opportunities to scale the program in China and other toy sourcing countries to reach thousands more women, as well as using the learnings of this pilot to inform BSR’s initiatives on women’s empowerment, such as the HERproject.

This co-authored blog was first published via Ethical Toy Program and BSR.

If you would further information on our women's empowerment work in India - or to find out more about our other well-being programs supporting migrant parent workers with left behind children in China - please contact us.

Biomass Supplies, a Sri Lankan subsidiary of Biomass Group – the visionary renewable energy company – is developing Sri Lanka’s abundant sustainable energy resources through innovative partnerships with the country’s smallholder farmers. Biomass has joined the Business Call to Action (BCtA) with a commitment to boost the incomes of 40,000 farmers – at least 70 percent of them women – by 2018 and improve their yields through training in sustainable agriculture practices. Read more about their BCtA commitment here.

This article was previously published on  LinkedIN and is reproduced with permission.