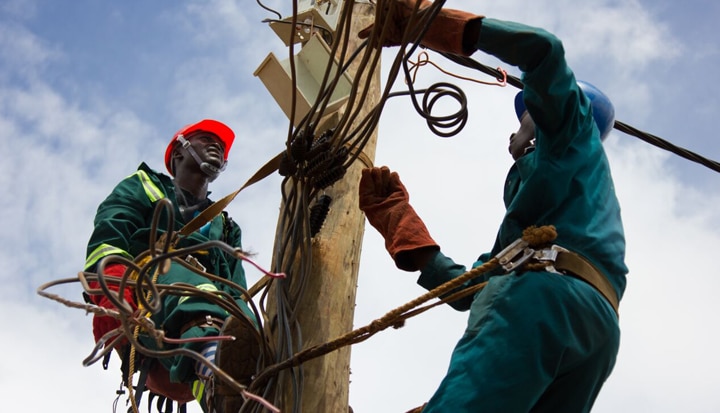 
In 2012, CDC announced its intention to target its capital more precisely on building businesses to create jobs in African and South Asian countries where the private sector is weak and starved of investment.

Getting a good job makes a lasting difference to people’s lives. Not just for the workers, but for their families. But two-thirds of those of working age in Africa and South Asia lack formal jobs. That’s why job creation is an undisputed top-priority goal across every continent.

Every successful business becomes part of a complex economic network: generating opportunities for direct workers, suppliers and customers through useful products and services. So CDC prioritised the seven sectors where this direct and indirect job creation is most likely to happen. This year, 85% of our investments were in these seven sectors, from agribusiness and banking to electricity and manufacturing.

The next question we must ask is whether these businesses are actually creating jobs? Answering that question is complex. It’s easy enough to ask investee businesses about their directing hiring. But academic research shows three important indirect job creation effects of a growing business:

These three effects are difficult to measure, but can be more transformational than the direct hiring a business does. CDC has developed a methodology for assessing total job creation - with the help of Steward Redqueen, specialists in measuring indirect economic impacts.

The first step was to gather consistent year-on-year employment and financial data from our portfolio companies. This was then combined with macro-economic data (input-output tables; labour force surveys; and energy production and consumption data). Combining these two sources of data enables a calculation of total direct and indirect employment changes over time.

What did we find? In 2014, CDC had investments in 388* businesses in Africa and South Asia. They directly employed 533,000 workers of whom just under a third (32%) were women. Impressive though that sounds, these businesses were at the centre of economic networks providing employment for 10.8 million others, through local purchasing, spending of wages, and the supply of loans and electricity. In other words, for every directly employed worker, each African or South Asian company has an impact on a further 20 jobs – a far greater employment multiplier than is found in rich nations.

Using year-on-year comparisons, we found that almost 1.3 million net new direct and indirect jobs had been created in 2014 over 2013. The total job creation rate from 2013 to 2014 (over 12 per cent) was well ahead of regional employment growth rates.

“Make the irreducible basic elements as simple and as few as possible, Einstein advised Oxford University students in 1933, “without having to surrender the adequate representation of a single datum of experience.” The chart below is our attempt to simplify the process of job creation.

We believe these employment numbers are a reasonable approximation of the impact our investee businesses are making. A few caveats to bear in mind, though:

We’ll be publishing a methodology paper in the autumn. In the meantime, CDC welcomes others’ views on our findings and discussion about their own efforts to measure progress in job creation.