Ebola – The View From Sierra Leone 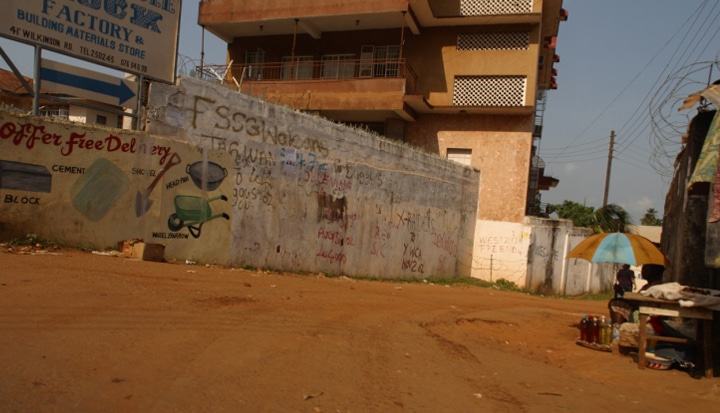 Ebola – The View From Sierra Leone

Click here for more stories about
SDGS
Monday May 18 2015


A few weeks ago, I travelled to Sierra Leone, the country at the epicentre of the Ebola crisis.

More than 20,000 people here have suffered from the disease, and more than 10,000 have died – this, in a country that has spent more than a decade recovering from a devastating civil war.

Standard Chartered has operated in Sierra Leone for over 120 years. We are the only international financial institution in the country and have over 150 staff on the ground, which makes the crisis personal to us.

Sierra Leoneans have had to endure more in two decades than most populations do in a couple of centuries, but they have demonstrated their ability to rebuild, and they have the drive and the passion to do so again.

Meeting with representatives from the UN, the World Bank, the International Finance Corporation, and our local team in Freetown, it became clear to me that, despite the obvious and heartbreaking destruction caused by the disease, there are reasons for optimism.

The sheer resourcefulness demonstrated by Sierra Leoneans has been nothing short of inspirational.

Take the example of Adel Suliman, the CEO of Afcom, one of Sierra Leone’s largest telecoms companies, and a long-standing client of Standard Chartered:

When the crisis hit, Suliman set up an Ebola response centre within two days. For the first 24 hours, he personally staffed the emergency phone line alongside Sierra Leone’s Minister of Health, using just mobile phones.

The centre became integral to the country’s Ebola response strategy, and still handles more than 10,000 calls each day.

Or take Arne Johansen, CEO of local cement manufacturer Leocem, who reacted swiftly to make sure that staff were protected throughout the crisis. When Ebola broke out, ships stopped docking and supplies were disrupted. Yet, Johansen and his company managed to maintain production, providing cement for the construction of temporary treatment centres and other crucial infrastructure.

One of the greatest challenges in the fight against Ebola is a lack of understanding about transmission. There is still a stigma attached to being diagnosed, and a need for greater awareness about safe funeral practices.

One of the ways, our team in Sierra Leone have helped tackle this is through a radio soap drama, ‘Ous kyne tin dis?’ (‘What kind of thing is this?’). This series was conceived, funded and launched by Standard Chartered in an effort to support Ebola education. Close to half the population now listen to the programme on a regular basis.

President Ernest Bai Koroma, whom I met in Sierra Leone, recognises the importance of mobilising foreign investment to support the reconstruction efforts. These include a joint USD50 million lending facility that Standard Chartered established with CDC, the UK development body. This supports companies in Sierra Leone that have been affected by the crisis and are crucial for the reconstruction of the economy.

As I left Freetown on the bumpy boat ride back to the airport, it was clear that there is a lot of work to be done. Things are getting better, but it is important not to become complacent. In the week I arrived, the number of new cases of Ebola spiked again, having declined in previous weeks, though they have since stabilised.

The team I met from Save the Children, and who have been working tirelessly on the ground since the start of the crisis, share the worries of the UN: that the international community may declare victory too early.

There is still a challenge to bring down the number of Ebola cases without regression, and to lessen the damage to children, many of whom have lost families and have no access to schooling.

Finance Minister Kaifala Marah reiterated to me how important it is that businesses show that they have confidence in Sierra Leone and are ready to provide support: this goes a long way to rebuilding the economy and restoring the country’s future.

Despite Ebola, Sierra Leone’s GDP still grew at 4 per cent last year. It will likely contract by 2 per cent this year, but Standard Chartered forecasts GDP to grow by 5.2 per cent again in 2016.

The bravery and dedication of the people in Sierra Leone is an inspiration, and a signal that the country will grow stronger out of this crisis.