Contribute to the Fight Against Ebola with Bitcoin 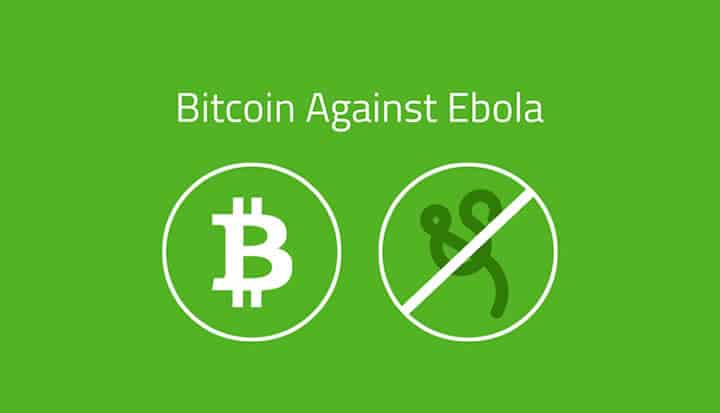 Contribute to the Fight Against Ebola with Bitcoin


In times of global crisis, we often find that humanity demonstrates compassion, offering support in cash, time and expertise. Those on the frontlines fighting the Ebola outbreak in West Africa are our modern-day heroes, selflessly exposing themselves to potential danger in the throes of the fight.

These heroes need financial support, and more importantly, they need to access it quickly, in a way that functions within the economic construct of the countries in which they’re working. Charities and small organizations are often limited in reach. Though well intentioned, larger organizations often have trouble consolidating donations and getting them to the frontlines quickly, and banks and unions take high fees for transfers.

Bitcoin Against Ebola, a non-profit created by the team from Beam Remit, is utilizing mobile technology and digital currency to enable low-cost, fast and direct donations to those on the ground in Sierra Leone. Launched this week, Bitcoin Against Ebola deposits the equivalent of all Bitcoin donations in Leones, the local currency, directly into the mobile money accounts of health workers, volunteers and individuals in Sierra Leone, often within 10 minutes of the donor’s transfer. The fees are just 2.0%, compared to 12.0%+ taken by organizations like Western Union.

Bitcoin Against Ebola seeks to support as many charities and individuals working on the ground as possible. They’re calling on aid workers, organizations and other Bitcoin companies to join the cause. Donors can contribute as little as £1 or as much as they see fit, and donations can be taken from virtually anywhere in the world, directly from Bitcoin wallets.

To enable cash distribution, the Bitcoin Against Ebola team has partnered with Splash, a mobile money operator in Sierra Leone, who will allow recipients to withdraw cash from their mobile money accounts via kiosks throughout the country. The project may extend to Guinea or Liberia provided a similar partnership can be established.

There has been a lot of development in recent years around the use of digital currency as an opportunity for African economies to become increasingly connected with the rest of the world. According to Beam Remit co-founder, Falk Benke, the team has developed this product as “the perfect way for us to contribute our skills and knowledge to help solve a very serious problem. It’s also a great way to demonstrate how Africa can benefit from Bitcoin.”