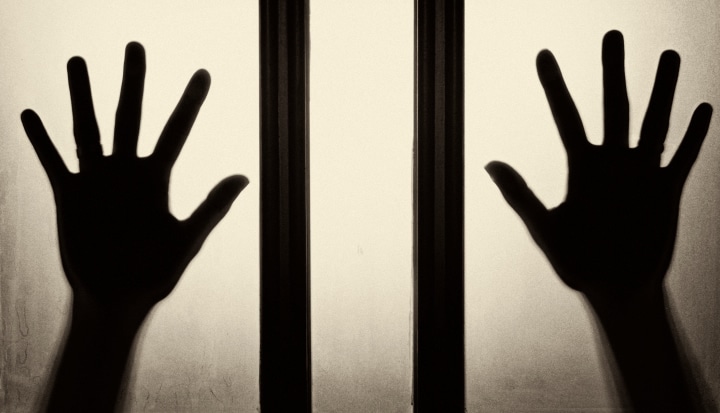 
How many slaves work for you? Paradoxically – in 2013 - the question is still very relevant, and you might be surprised by the answer. Depending on where you live, what you buy, what your lifestyle is, you have almost certainly been touched by slavery. Almost nobody is clean.

Modern-day slavery takes many forms: human trafficking, forced and bonded labour, sexual exploitation, domestic servitude and forced marriage. Sadly, the list goes on. But the common denominator of all these crimes is the evil intention to strip human beings of their freedom, and then to use, control and exploit them.

There are currently 29,6 million slaves around the world, more than ever before, roughly equivalent to the population of Australia and Denmark combined. Modern-day slavery is a fast-growing industry worth $32 billion a year, equal to the profit of McDonalds and Walmart combined. And while back in 1809, the price of a slave – adjusted to today’s value – was $40,000, today it is only $90; that’s how little it costs, in the globalized economy, to buy a human being!

Slavery is a global issue. In some parts of the world people are still being born into hereditary slavery, in others people are trafficked from one state to another, have their passports taken away and are enslaved. Modern-day slaves walk among us. You might tip one during your stay at respectable hotels chains around the world, you might speak to them at your nail salon. They look like maids, regular workers, but they are slaves.

It’s a story of debt, fraud and coercion. In the majority of western countries, trafficking is tied to immigration. It’s estimated that every year between 14,500 and 17,500 people are trafficked into the United States. Some enter legally, with a visa and a job. But that job is subcontracted, hiding the harsh reality of abuse and exploitation behind the façade of a clean uniform. Once inside the country, those trafficked are forced to repay recruitment fees, the cost of their travel, accommodation bills. As a result, they end up working an incredible number of hours, seven days a week, without being paid, in the impossible attempt to repay a debt which will never be settled. That’s how many become slaves.

Modern-day slaves are found in unexpected places. In recent years, Washington, the capital of the free world, has been rocked by allegations of human trafficking by diplomats working at embassies and international institutions. In 2007, a young Tanzanian woman who had been brought to the United States by a diplomat as a domestic worker, made headlines when she sued her former employer and his wife for allegedly trafficking her and using her for forced labour. The woman, who spoke no English, was promised a job as a housekeeper with a fair wage, but instead was forced to work 16-hour days without pay. She had her passport taken away, was not allowed to leave the house on her own, and was denied medical treatment. The woman eventually won over $1 million in compensation but her former abusers returned to East Africa and never paid her. Diplomats are not immune to shame.

There are currently 880,000 people engaged in forced labour across the European Union. 58% are women, the majority victims of sexual exploitation - the most lucrative form of slavery. In the UK the number of slaves is believed to be 4,600. Victims are mostly trafficked from Africa, but also Asia and Eastern Europe. Most of them cross the border illegally, and once in the UK are forced mainly into sex work (62%) and domestic servitude (25%), but are also exploited though complex schemes involving welfare benefit fraud. In the UK, slaves work in restaurants, nail salons, door-to-door leafleting. A big role is played by the Vietnamese drug barons who, according to DrugScope, control two-thirds of Britain’s cannabis trade. They use nail salons as brothels and places to launder money raised from the sale of cannabis grown on suburban UK farms. Farms run by slaves.

The difficulty with slavery is that it is a crime not well understood, and often concealed under the justification of custom, ethnicity, even religion. In Mauritania 20% of the population is presently enslaved. Adults and their descendants are the full property of masters who can buy and sell them. They are born into slavery and are not allowed any possessions. They are the possession, predominantly, of the White Moors, one of the three ethnic groups of Mauritanian society. Enforcing anti-slavery laws here remains extremely challenging since only victims are allowed to file a complaint. Slaves are illiterate and do not know their rights. The government continues to deny the scale of the problem, and foreign journalists risk arrest for investigating the issue. This year only two cases of slavery have been reported so far.

India - with a population of over 1.2 billion - has more slaves than any other country in the world: 14.7 million. With extreme poverty culturally tolerated, the practice of caste and debt bondage is endemic. Sexual exploitation of women and children is also widespread, although India has ratified a number of key international treaties aimed at eradicating slavery. Enforcement of such laws remains sporadic and weak, and many NGOs on the ground have reported a lack of support for their efforts to free people from forced labour.

Global statistics show a common trend: slavery is a silent crime. Victims don’t come forward. Across the EU the number of convictions for human trafficking has dropped by 13% in the past few years; and the latest US Trafficking in Person Report shows that in 2012, only 7,705 prosecutions took place, despite the number of identified victims reaching 46,570.

There are many reasons for the small number of prosecutions. Victims often don’t see themselves as such, especially victims of sexual exploitation, who tend to develop a psychological dependence on their abuser. Victims of domestic slavery are often foreign nationals who live in conditions of house arrest, unable to speak the language of the country they are in. Then there’s fear, that fear resulting from total annihilation of self-esteem. Slavery is all about controlling people. Some of the things the traffickers make people do are all about humiliating them and trying to control them: you see human beings with the name of their owner tattooed on their body, reminding one of the Nazi period. It’s a lethal mix of abuse of power and corruption, and it thrives in poverty.

Each of us, not just law enforcement agents, has a role to play in the battle against human trafficking. Teachers, doctors, bus drivers, flight attendants, government officials of all ranks, everyone who uses hotels, restaurants, nail salons is potentially in contact with modern-day slaves, and has a moral responsibility to come forward. As consumers we have the duty to demand to know more about the origin of the products we buy. We must not turn a blind eye.

Businesses must demand real transparency from sub-contractors, assessing the real working conditions of those in remote supply chains. On the other hand, governments should take bolder action to make businesses accountable, fining the hiring firms for violations of national employment laws committed by their subcontractors. This is the innovative approach recently adopted by the State of California.

Governments must consider slavery as a crime, not an immigration issue. Victims must be reintegrated in society with the necessary economic and psychological support. Earlier this year, in the UK, three very young victims of human trafficking were prosecuted, convicted and jailed for the very crimes their traffickers forced them to commit. In the words of the barrister who fought, successfully, to have the sentence overturned, this was a ‘miscarriage of justice’. In the United States, a first victory has been won as victims of human trafficking now have the right to stay in the country while suing their perpetrators, using U.S. law.

Lawyers must work to ensure that all victims of human trafficking have access to free legal representation, compensation and restitution of a sum of money equivalent to their unpaid work. A groundbreaking approach has been taken by the Netherlands, where since 2011 Dutch authorities have eight months to collect the restitution money. If they fail, the government has committed itself to paying restitutions directly to all victims.

Governments must also end the culture of impunity for the traffickers and the offenders, whoever they are. Slavery should trump all diplomatic immunities, and should be fought on an international basis, helped by all parties who can contribute to successful prosecutions.

The financial industry must be vigilant. Earlier this year the Thomson Reuters Foundation and the Manhattan District Attorney Cyrus R. Vance Jr, launched an international financial working group against human trafficking. The group – which includes the biggest banks and financial institutions in the United States – has developed criteria to identify financial transactions that are linked to human trafficking and is working with law enforcement agencies to share and improve these processes.

The fight against human trafficking is one, which - as a civilization - we cannot afford to lose. Slavery should belong to the history books. Let’s all work together to put the business of human trafficking out of business.

Human trafficking is one of the themes at the forthcoming Trust Women Conference in London, Dec 3-4. Organised by the Thomson Reuters Foundation and the International New York Times, Trust Women is the conference dedicated to putting the rule of law behind women’s rights.