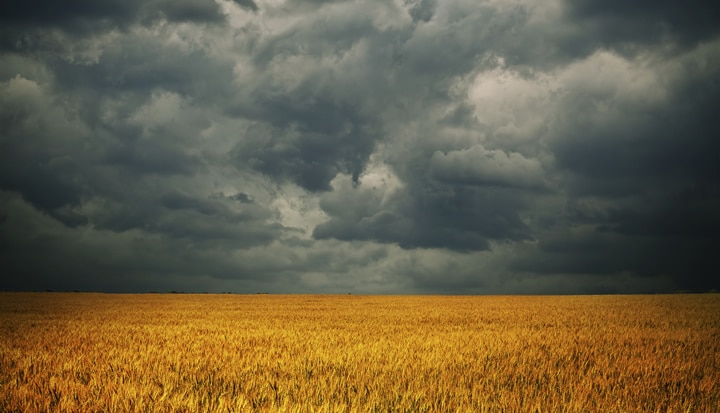 
A recent report that astronomers have identified billions of planets with the potential to possess earth-like environments has sparked new interest in the interstellar search for alien worlds. But climate scientists might suggest that if it’s alien environments you’re after, you might one day find what you’re looking for right here on earth.

That’s because by the end of the century, researchers believe that anywhere from 12 to 39 percent of our planet’s land surface could be experiencing a mix of precipitation and temperatures unlike anything ever experienced in the history of humanity. These so-called “novel climates” could include big parts of sub-Saharan Africa and areas of the southeastern United States.

This unsettling insight is among the “Big Facts” assembled by the CGIAR Research Program on Climate Change, Agriculture, and Food Security (CCAFS). The project is an effort to provide objective, accessible, and credible scientific insights about how the rapid accumulation of carbon and other greenhouse gases in the atmosphere is likely to alter growing conditions and affect output in a sector that accounts for over 60% of export earnings across Africa, and more than 10% of GDP in China and India, which together are home to more than a third of the world’s people. The future of agriculture is particularly important to the approximately 500 million people who rely on small-scale farming, livestock keeping and fisheries for their livelihoods.

Approaching 2050, three percent of the land in Africa will no longer be suitable for grain production, forcing farmers in these areas who now survive on a mix of grain and livestock to rely solely on livestock.

Future climate models show major uncertainty and regional variation in impacts on future wheat yields will change across multiple regions. For example, under this scenario, Argentina is likely to see decreased yields, but gains are more possible in Australia, in the absence of water stress.

Climate change will continue to be a disruptive force for food production around the world. It may vary from place to place, but in today’s increasingly interconnected global markets, climate-induced problems in one region could quickly become an issue for all. It was just a few years ago that an unusually severe drought in China produced a shortfall in wheat production that rippled through world grain markets, contributing to a spike in food prices that was linked to instability in the Arab world.

But just as a science is providing an increasingly vivid portrait of what climate change could mean for food production, it also can help provide the means for adapting. For example, crop breeders are busy developing a number of new heat- and drought-tolerant crop varieties. Farmers themselves are implementing simple changes like earlier planting dates, but also more comprehensive changes, such as managing water and soils differently, intercropping annual crops with perennials, or feeding their animals new foods. Certain changes in farming practices—such as planting trees on farms—also have the added bonus of reducing greenhouse gas emissions.

Our Big Facts ultimately are not meant cause a big scare, but to educate. The more we understand about the ways in which climate change will affect agriculture production in different parts of the world, the easier it will be to develop the technology, practices, and policies that will allow us to survive and even thrive. After all, a society that is able to detect earth-sized planets thousands of light years away shows bountiful capacity for innovation and exploration as we find ways to farm the unchartered territory of climate change.