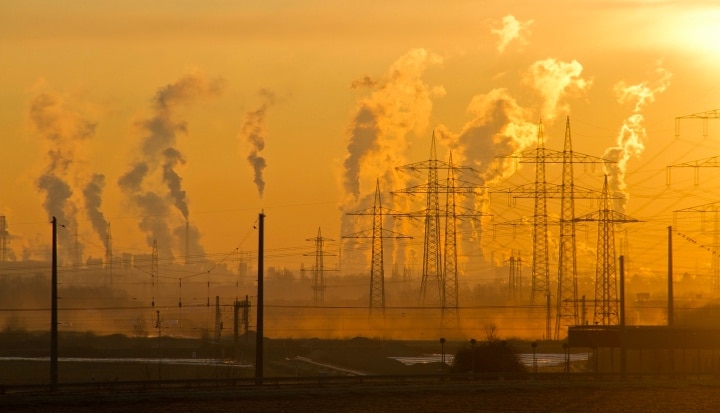 The race to go ‘net zero’ is top of the agenda at this month’s COP26 in Glasgow. The latest United Nations’ Climate Change Conference is widely thought to be our last chance to get countries to commit to necessary cuts in greenhouse gases (GHG) and avert unstoppable climate collapse. But government targets to make the UK carbon neutral by 2050 could be worthless if current carbon accounting systems aren’t radically reformed.


The race to go ‘net zero’ is top of the agenda at this month’s COP26 in Glasgow. The latest United Nations’ Climate Change Conference is widely thought to be our last chance to get countries to commit to necessary cuts in greenhouse gases (GHG) and avert unstoppable climate collapse. But government targets to make the UK carbon neutral by 2050 could be worthless if current carbon accounting systems aren’t radically reformed.

New research by the Lloyds Banking Group Centre for Responsible Business at the University of Birmingham shows a worrying mismatch between the most commonly used measures of carbon and their true impacts. As a result, government, businesses and other organisations in the UK risk making unfounded claims about being net zero and could miss opportunities when it comes to identifying truly effective ways to decarbonise.

The UK government uses the most common definition of ‘net zero’ set by the UN Paris Agreement, which measures a country’s total GHG emissions as balanced by the emissions it removes from the atmosphere through carbon capture or off-setting schemes, like storing emissions underground or planting trees. But this excludes emissions from the use of imported goods and international air travel, as well as the UK’s historic emissions.

Other ways of measuring GHG emissions are even less comprehensive, with a melee of carbon calculating protocols and standards used by investors, businesses and regulators that were designed for very specific purposes and aren’t suitable for making net zero calculations. Yet many corporations do use them when making decisions and to justify their net zero pledges, which then do not account for the global life-cycle emissions of their products: from their after-sale use and disposal to the extraction and delivery of raw materials used to make them in the first place.

Indeed, our research found that inappropriate and incomplete GHG accounting choices – ones which don’t include emissions produced or removed across the whole value chain of an organisation – meant decision-makers were selecting options they mistakenly believed would reduce global emissions when they in fact increased them. Even more farcical, some of the most effective decarbonisation strategies would be wrongly discredited by many of the UK’s most common carbon reporting methods. For example:

This is why the choice of how to account for GHG emissions cannot be left to chance. There is an urgent need for research and education to ensure the correct application of carbon accounting methods because, unfortunately, many decision-makers currently lack the capacity and climate literacy to make such choices.

When it comes to going ‘net zero’, our research concludes that full-scope carbon accounting methods – such as the UN’s Greenhouse Gas Protocol or Science-Based Targets – are more likely to provide evidence to support net zero outcomes. But even these need constant updating to ensure they align with the latest climate change science. How GHG emissions are measured isn’t trivial, geeky or unimportant; it’s fundamental to the UK’s efforts to fight climate change and we need to constantly strive to ensure we make the right choices. The consequences if we don’t could be catastrophic.