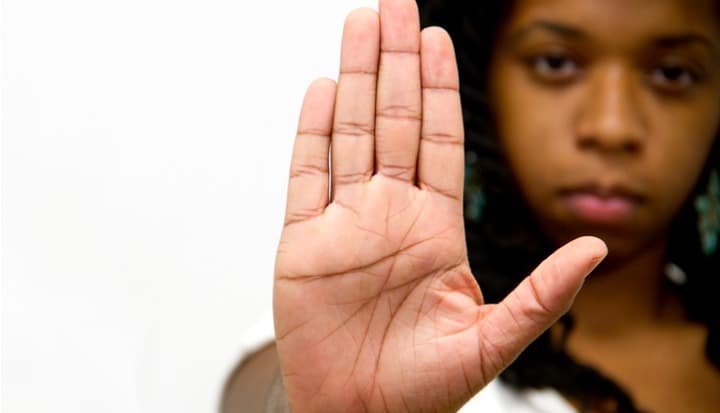 30 leading business networks and individual brands are calling for negotiators to deliver a new international law to end violence and harassment in the workplace that genuinely benefits business and employees world-wide.


30 leading business networks and individual brands are calling for negotiators to deliver a new international law to end violence and harassment in the workplace that genuinely benefits business and employees world-wide.

A statement, initiated by the NGO CARE, and supported by Business Fights Poverty, The B Team, BSR and individual brands Unilever, Marks & Spencer, Diageo and Avon has been endorsed to coincide with the start of the International Labour Conference (10-21 June) where governments, unions and employers will meet to negotiate a new global standard to help keep workers everywhere safe from violence and harassment.

‘It is time to take a collective stand against gender-based violence and its effects.  As one of the three negotiating parties at the ILO, the voice of employers in these negotiations is hugely influential which is why we are raising our voice on this issue,’ said Zahid Torres Rahman, CEO of Business Fights Poverty, a business-led collaboration network for social impact.

This statement adds to a growing swell of business support for action.  Earlier this month French companies L’Oreal, Kering, Sodexo, BBDO and BNP Paribas also put their weight behind the Convention.

The Secretariat of the Ethical Trading Initiative (ETI) has also encouraged its membership to support the Convention with a letter to the UK Government signed by 18 brands.

Companies are increasingly recognising that there is a strong business case for addressing violence against women beyond the effect it has on individual women and their families. Gender based violence (GBV) - whether in the workplace or employees who are survivors of domestic violence, continues to affect companies through productivity loss, high turnover, reputation risks and challenges in attracting and retaining a female workforce. According to the IFC 30–50% of women in Latin America, Japan, Malaysia, Philippines, and South Korea and over 70% of women in South Africa reported experiencing some form of workplace sexual harassment.  In the EU 75% of top female managers and 74% of professional women reported experiencing sexual harassment.

“We work with companies in our membership network to ensure that workplaces are free of violence and harassment,” said Aron Cramer, CEO of BSR.  “That work is strengthened when it occurs within a supportive policy environment which encourages companies to take stronger action. This year—the 100th anniversary of the International Labour Organization—provides the opportune moment to deliver a new global convention to protect women workers and further their economic empowerment.”

“As leaders in business and civil society, we know employees, companies and markets cannot thrive with violence and harassment at work. Gender-based violence is one of the most widespread and egregious human rights violations that continues to fracture trust in the workplace,” said Halla Tómasdóttir, CEO of The B Team. “Gender equality and decent work rely on strong frameworks, like the ILO Convention, that protect workers and empower governments and employers to take concrete action. It’s time for all sectors to work together to create inclusive cultures that enable healthy working conditions for all.”

Whilst there is broad support for the Convention, negotiations are likely to be challenging on some elements including the definitions of worker and workplace.

‘Our collective wish is that the protective provisions of the Convention not be compromised for the sake of wide ratification. Although wide ratification is of course desirable, it must not come at the expense of strong and inclusive commitments which will ensure all workers are safe from violence and harassment, wherever they work’, concluded Laurie Lee, CEO of CARE International UK.

What is the ILO and how does the process work?

The International Labour Organisation (ILO) is a tripartite body of the United Nations (made up of governments, employers’ associations and unions). It was established 100 years ago to set labour standards and protect workers’ rights. The process to draft and agree the proposed Convention to ‘End Violence and Harassment in the World of Work’ began in 2015. This June marks the final round of negotiations and requires a two thirds majority of delegates to vote in favour. If passed, the legally binding Convention will then have to be ratified by individual states. It could come into force in some countries as early as mid 2020.

What is the Convention calling for?

Examples of proposed obligations in the draft Convention:

….Each government in consultation with employers’ and workers’ organisations, is required to adopt an inclusive, integrated and gender-responsive approach for the elimination of violence and harassment including:

….Each Member shall recognise the complementary roles and functions of governments, and employers and workers and their organisations, taking into account the varying nature and extent of their respective responsibilities.

What is expected to be difficult during the negotiations?

There is broad support from the majority of governments, employer associations and unions for the Convention. Nonetheless some issues remain contentious for some, for example:

‘Violence and harassment’ – is it one issue or two? Some states’ existing national laws address violence but not harassment and they are therefore loath to reflect the way the Convention is proposing to tackle the issue (as an interrelated continuum).

Who will be covered by the Convention? There is still a lot of disagreement about the precise scope of the Convention and how wide the term ‘worker’ should be interpreted. E.g. will it include informal workers, or those who were previously employed in an organisation.

Where should they be protected? The Convention refers to the ‘world of work’ because it is well understood that violence and harassment often occur on the way to work, or out of office hours. States and employers will need to agree that they have shared responsibility for taking action across the public and private realms.