'Business is Best' in Uganda 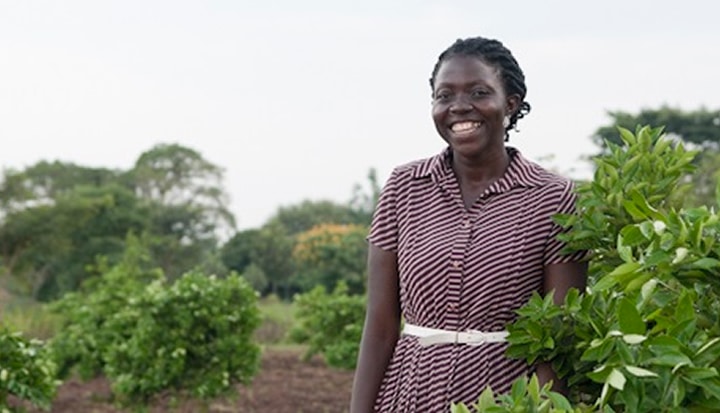 
How much can you learn about the entrepreneurship culture of a country in one week?

The answer, when you are travelling hundreds of miles with the Enterprise Uganda team, is a truly incredible amount.

Late last year I was lucky enough to travel to Uganda along with Sarah Shearman, finalist in the Guardian’s International Development Journalism Competition, to meet the staff from YBI member Enterprise Uganda and some of the young entrepreneurs they have trained in business.

Sarah was tasked with writing about the work of a YBI member, and I took her meet our Ugandan colleagues and learn more about the growth of entrepreneurship as a career choice among young Ugandans.

Enterprise Uganda joined the YBI network in 2012. For more than 10 years the organisation has been working across the country strengthening SMEs and delivering comprehensive training programmes to thousands of young Ugandans who are interested in creating their own business.

The organisation has played a huge role in promoting entrepreneurship to the country’s young people and is a hugely important member of YBI in Africa. In fact we are just embarking on a project in partnership with the UK Government’s Department for International Development to improve the livelihoods of 10,000 young people and their households in five different regions of Northern Uganda.

On the first morning I introduced Sarah to Charles Ocici, the infectiously enthusiastic leader of Enterprise Uganda and listened in as he explained the motivations of his organisation. Such is his passion for the cause that to listen to Charles speak is something close to a religious experience.

“Entrepreneurship has the power to drive Uganda to a much higher place, but so many people think it is not for them, that they have no assets, but everyone has something and starting with something, even if it is close to nothing, is the mark of an entrepreneur!” says Charles, banging the table with his palm enthusiastically.

“Enterprise Uganda is trying to teach young people that everyone can become an entrepreneur.”

And in the African context, of rapid growth and booming economies, everyone can become an entrepreneur, but what kind of entrepreneur is another question. In Uganda, the picture for aspiring young business people is stratified and challenging.

Over the past few years, there has been a deluge of articles, in magazines like Time and Forbes, which have heralded the dawn of the African entrepreneurship revolution, a new phase in the continent’s long journey towards prosperity, characterised by increased domestic production, homegrown wealth and driven by a crop of young business superstars.

The headlines are repetitive, but Africa is undoubtedly on the rise, and there is truth, if only a simplistic one, in this characterisation. Bigger cities, like the Ugandan capital Kampala, are alive with tech hubs, business incubators and start up accelerators, capable of producing first ‘African Bill Gates’. Many of these young superstars are already making waves on the global stage; in 2013 The World Entrepreneur of the Year chosen by WEF, was 32 year old Ugandan Anish J. Thakkar.

But as Charles Ocici is quick to point out, for many young Ugandans the story is much simpler. Entrepreneurship provides an opportunity to create a sustainable income in a highly competitive and crowded employment market where 50 people apply for every formal employment vacancy. To own a business of your own is not a common aspiration in Uganda and in many cases business is seen as the poor cousin of further education, which is the aspiration of the majority of parents for their children.

In short, the examples of entrepreneurs like Thakkar are valuable, but of equal importance are the hundreds and thousands of smaller business owners who are driving Uganda’s economic development and building up the missing middle that has hindered broad base development in the past decade. Charles reels off example after example of Enterprise Uganda entrepreneurs who have gone on to make fortunes in traditionally unglamorous areas like fish exporting and mechanics. They might not be tech billionaires but they are the business owners that will define the next few decades of Ugandan growth.

Getting these examples the coverage they deserve is crucial. According to Charles, attitudes are the greatest hurdle to overcome to achieve business success. “Entrepreneurship development is much easier to provide for the economy with good infrastructure, but it is much harder to reconstruct the winning attitudes.

Uganda is one of the world’s youngest nations, with 78% of the population under 30,according to the UN Population Fund. Uganda’s labour force is growing at more than 4% per year, which means 10 million people are expected to be added to the workforce by 2020.

Enterprise Uganda teaches recipients of its training to differentiate themselves in a crowded market place, to see opportunities in the challenges faced by other businesses. Key to this approach is having a good understanding the assets at your disposal and thinking strategically about how to exploit them in a distinct and diverse way.

The ability to make the most of what is available is the common thread among the many entrepreneurs I am to meet on my five day whistle stop tour of the country.

The next day, as we drive out of Kampala and tarmac quickly turns to deep red soil George Oumo of Enterprise Uganda explains: “Uganda is full of potential and assets are all around, we need to show people how to spot them and to understand the value of what they already have.”

This challenge is especially prevalent in the North of Uganda, where years of fierce civil war has led to and culture of handouts and dependency, where the lack of a formal economy leaves many people dependent on aid and external support.

This point is brought into sharp relief as we speed north through miles and miles of lush green countryside: ”Look at all this,” George says, “can you believe people would send food aid to this place when we have such fertile lands? The problem today is that people expect to reap where they did not sow.”

One response to “'Business is Best' in Uganda”