Business and the Post-2015 Sustainable Development Agenda: Where next? 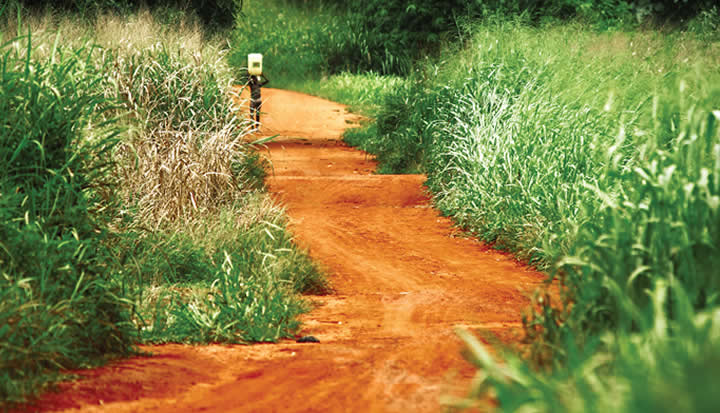 Business and a Post-2015 Sustainable Development Agenda: Where next?

Video and Summary Report from the event convened by Business Fights Poverty, ODI and Stakeholder Forum on 17 April

Video and Summary Report from the event convened by Business Fights Poverty, ODI and Stakeholder Forum on 17 April

Click here for more stories about
SDGS
Wednesday May 1 2013

The session followed a panellists Q&A format, with four rounds of grouped questions followed by questions from the audience.

Speakers were asked about their experience so far with the UN-led process on post-2015, and providing inputs on the role of business on this agenda.

Louise Haigh Public Policy Manager at Aviva pointed out that the conversations on the role of the private sector in a new development agreement have focused on delivery mechanisms, such as public-private partnerships. Other issues, such as transparency, accountability and corporate reporting have received less attention.

Marianne Mwaniki from Standard Chartered highlighted that current corporate engagement with the process setting a new set of goals was ‘one step forward’ compared to the process that conceived the MDGs, where private sector actors were less engaged. She also mentioned that involvement went beyond MNC contribution and had to look at the whole value chain.

Alice Allan from CARE International UK pointed out that they had done work on how financial inclusion could be incorporated in a new framework, informing the High Level Panel and liaising with Betty Maina, Chief Executive of the Kenyan Association of Manufacturers and member of the High Level Panel advising the Secretary General on a new set of goals. She also pointed out that post-2015 is just one process discussing these issues; there are others, for example discussions at the G20 on financial inclusion.

It was also mentioned that the Corporate Sustainability Reporting Coalition (very active at Rio+20) has been having conversations on how to engage with this agenda. Further, it was pointed out that while civil society organisations and private sector representatives are having these conversations in the UK; there is push back and resistance from some Southern civil society organisations when it comes to discussions on the role of private sector in a new set of goals.

2. Ways of engaging with a new development agenda:

2.1 The inclusive growth and jobs agenda

The relevance of structural transformation, inclusive growth and jobs is high on the post-2015 agenda. This seems natural territory for business involvement, yet it has proved difficult to come up with specific proposals for inclusion of growth/jobs/and enablers of growth in a new set of goals. Panellists were invited to share their views on how a new framework could incorporate some of these issues.

Panellists stated that it is important to understand which sectors are driving job creation, and the quality of the jobs being created. Related to the issue of the quality of jobs it was pointed out that sectors using natural capital more intensively are more exposed to resource scarcity and climate change. Encouraging innovation and jobs in ‘green’ sectors going forward was highlighted also as a way of ensuring job security in the longer term.

The importance of improving access to finance, often a barrier for job creation and investment for SMEs, and women’s economic empowerment were also mentioned.

2.2 The transparency and accountability agenda

The transparency/accountability agenda is gaining momentum (e.g. Cameron’s ‘golden thread’ within the context of a post-2015 agenda; G8 discussions on tax). Could a goal in this area expand its reach beyond government and cover private sector actors, for example by encouraging corporate reporting on business economic, social, environmental impact?

It was pointed out that reporting is a mechanism not an end itself, but it is still an important part of private sector engagement. Reporting can be a useful tool to trigger changes in corporate cultures starting at board level. It was also mentioned that efforts to develop methodologies that capture social and natural capital are important as a means to better understand different actors’ economic, social and environmental impacts.

One panellist pointed out that initiatives like the FTSE for Good are useful ways of incentivising positive behaviour and competition among peers, particularly in the absence of mandatory reporting requirements. She also suggested that efforts to harmonise different guidelines and frameworks would be welcomed. That said, another panellist, suggested that it would be difficult to have ‘one’ standard given that ‘materiality’ (what is relevant for different businesses to report on, i.e. the economic, social and environmental issues that they see as affecting their bottom line) varies by sector and size of a firm.

Over recent years, multi-stakeholder partnerships (e.g. initiatives like Every Woman Every Child) have become a common vehicle to address complex development challenges.

Along the same lines, another panellist pointed out the need to bridge global aspirations with local problems and local contexts.

Alice Allan from CARE International UK pointed out that a more practical approach to partnerships was required, encouraging initiatives that promote good practice in this regard (e.g. Business Call to Action). The key question is how small initiatives can be scaled up.

During the audience Q&A, panellists were asked how to link local concerns with a global framework. In answer to that question, it was mentioned that participation from a wide range of actors has been encouraged through different channels. For example, there are initiatives, such as My World and Participate which seek to encourage participation from citizens around the world, including those most marginalised.

Other members of the audience suggested that the ‘transparency’ agenda was a Northern agenda and pointed out that considerations on business contributions to the goals should go beyond job creation to include other areas like education and health.

One member of the audience suggested that the concept of sustainable consumption and production could be an attractive one for the High Level Panel on Post-2015 goals (HLP) to embrace. In fact, this is something that the HLP mentioned and that the Open Working Group on Sustainable Development Goals might also be considering. It was also pointed out by the panellists that the High Level Panel is pushing for one unique set of goals, bridging these two different processes.

Another question raised during the Q&A session was how to involve other actors when they are affected by business decisions. One of the panellists pointed out that grievance mechanisms needed to be put in place. The OECD ‘MNC Contact Point’ as well as grievance mechanisms set out in the Ruggie Principles were cited as useful examples.

There was another question on how to deal with the high cost of capital in many developing country settings. One of the panellists referred to the need to strengthen the rule of law and local institutions, as this is a key enabler of investment that applies to businesses of all sizes and sectors.

Another member of the audience referred to data limitations and whether indicators on business contribution to development would refer to core business activities (e.g. tax, jobs, investment, and revenues) or Corporate Social Responsibility (CSR). On the issue of data it was suggested that this is an area where private sector actors could contribute, finding new sources of data (e.g. tracking information from mobile phone transactions). Some panellists highlighted that core business activities need to be captured in reporting (CSR is important but vulnerable to short term changes in budgets).

Finally, another member of the panel asked how a new framework could incentivise businesses that are less progressive in their practices – ‘laggards’. Panellists mentioned that again this went back to national level policies, the rule of law and governance. One of the panellists referred to the difficulties of operating in contexts where governance is weak and mentioned specific initiatives in Northern countries that are seeking to encourage transparency in these settings e.g. Frank Dodd Act and similar EU initiatives (all outside the MDG process).

Panellists were asked what would be the one thing you would like to see the HLP and the OWP recommend on business engagement with new goals.