Bridging the Gap for African Women in Business 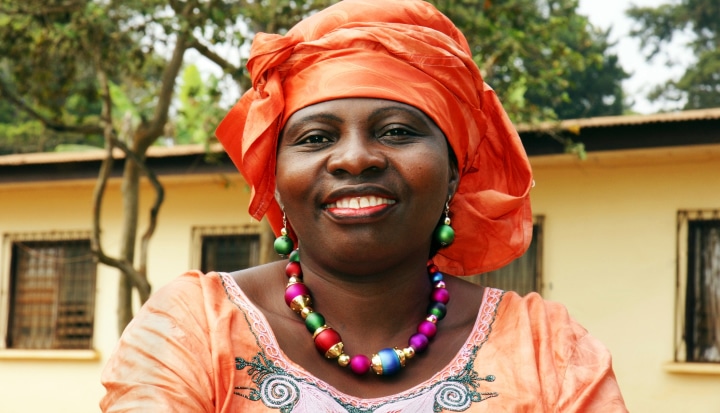 Bridging the Gap for African Women in Business


As we get closer to the 2015 deadline, the debate about the Millennium Development Goals (MDGs) is no longer about whether the goals will be met but instead what will replace them.

On the matter of inclusivity, there appears to be a realization that the private sector was sidelined within the MDGs and yet it provides the greatest opportunity with respect to creating jobs and growth in developing countries.

In particular there is a call to transform economies for jobs and inclusive growth by creating an environment that harnesses private business ability to create value and drive sustainability. Besides, the private sector’s contribution to job creation it is acknowledged that the activities of firms and in particular global firms have implications for communities in which these firms are situated and as such it is vitally important that the private sector is an integral part of any future development framework.

The ILO has stated that “Development happens through jobs” and that employment provides a way out of poverty for the poor. Jobs contribute to economic growth and are necessary for sustainable prosperity, inclusion, as well as enhancing social cohesion.

The ILO has also cautioned that “the challenge of job creation will remain beyond 2015”. However that a confluence of crises that have included financial, food fuel and environmental has meant that many countries have not been able to address job shortages. This situation is compounded by population growth and the ILO estimates that 45-50 million new jobs will be required worldwide each year for the next ten years to address unemployment especially amongst the youth.

The February issue of Great Insights from the ECDPM is dedicated to the issue of jobs, in particular as it relates to Africa, Africa’s youth and women.

According to the ECDPM report unemployment in Sub Saharan Africa (SSA) standards at 7.6% and that whilst this is not that much higher than elsewhere in the world, the prospects for Africa’s youth with respect to accessing jobs are grim and at 11.7% youth unemployment in SSA is especially high and should concern us. This is because 10-12 Million youth enter the job market each year.

There is concern too for young women who are overly represented in statistics about unemployment and insecure employment. The ECDPM report calls for an overhaul of the education systems in African countries to ensure that school leavers have the right skills for the job market. The ECDPM report adds that creating jobs is not enough and that particular attention must be paid to the quality of jobs being created as well as the tools available to measure standards and outcomes. This is because in 2011 the ILO classified 82% of workers in Africa as working poor, whilst 80% of job seekers find themselves in informal employment, self-employment and or family employment.

Inclusivity and the voices of African women

The above reports point to the stark reality that faces the international community. In this respect, the particular cause of concern should be the anticipated population growth in the least developed parts of the world. The contribution and role of African women in development and in job creation is visibly missing from both reports. This is also true in so far as the debate about the future development framework is concerned.

Consequently, African Gender Ministers have had to urge the African Commission president to mainstream gender into the Africa’s common position on the post 2015 Agenda. This was rather surprising given the fact the Dr Nkosazana Dhlamini Zuma, Chairperson of the commission is an African woman who also heads African Union and has held various portfolios in post-apartheid South Africa. Why was this course of action necessary? Is it because the international community is still paying lip service to issues of inclusion and equality as they apply to women?

Inclusivity and equality of opportunity should not be restricted to acknowledging that women in Africa still face disproportionate discrimination but instead draw out the voices of women and include them in the planning and implementing development programmes.

It is by listening to African women that policy makers and donors will get a clear understating of what is required to mitigate the abject poverty that most African women still face today. The inclusion of women should be wide and far-reaching and not be restricted to the educated and well-heeled elite.

There seems to be a degree of consensus about the fact that a large number of new jobs in African and other developing countries will come from the informal sector and that women are over represented in this sector. But how much is known about what African women engaged in this sector need to scale or formalize their enterprises? What about other rights that are necessary for job creation?

It is within that context that Ida Horner of Ethnic Supplies an online Social enterprise working with African women involved in handicraft and textile production, the Trustees of Let Them Help Themselves Out Of Poverty, a Community Development and UK registered Charity have come together to organize a conference to explore job creation, specifically the role of women in creating jobs as well the barriers to young women accessing employment. The meeting will also examine the role of culture in a future development framework.

The event is sponsored by Business Fights Poverty, SabMiller/Nile Breweries and is part of a collaborative effort by Africa on The Blog and Ugandan business networks to rally business energy and expertise around issues of gender and development.

One response to “Bridging the Gap for African Women in Business”