BPO for the BoP: Impact Sourcing and potential for boosting employment 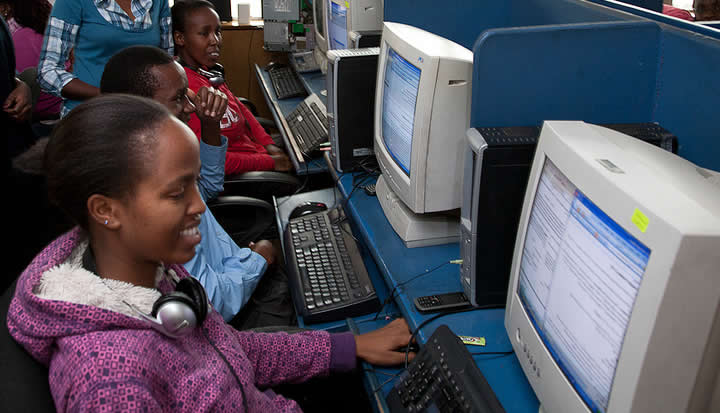 BPO for the BoP: Defining Impact Sourcing and its potential for boosting employment opportunities

From the global business manager to the casual customer who interacts with a call center when they review a credit card bill, just about everyone is familiar with business process outsourcing (BPO). A myriad of books, news media articles, even an American TV series, explored the pros and cons of outsourcing as a mechanism for efficiency and opportunity.

A far less recognized term in the business lexicon is Impact Sourcing, also known as socially responsible outsourcing. But it’s an exciting and emerging space within the BPO sector. It has demonstrated the potential to alleviate poverty for millions of people in a sustainable manner through job creation and employment. Impact Sourcing is commonly defined as employing people from poor and vulnerable communities (i.e. base of the pyramid (BoP) workers, youth workers, disabled workers) as principle employees in BPO centers to provide high-quality, information-based services and other microwork to domestic and international clients.

Two trends, which we will discuss in more detail during the course of this series, appear to be fueling interest in Impact Sourcing:

1. The continued emergence of the BPO sector as a driver of GDP growth and large-scale job creation for developing countries.

Over the past several years, many within the BPO industry, government entities and supporting organizations have begun to determine whether it is possible to leverage the BPO sector to create large-scale employment opportunities targeted specifically at traditionally underserved groups. The Rockefeller Foundation, through its initiative focused on poverty reduction through digital employment, has invested significant resources to better understand and foster the growth of Impact Sourcing. Last year, the William Davidson Institute (WDI) partnered with the Foundation to help determine which countries show the highest potential to develop Impact Sourcing capabilities, and to perform field research to better understand the impacts of Impact Sourcing employment on workers and their families. Many of the results of this work will be shared in this six-part series on Impact Sourcing on NextBillion.

As we continue the series, additional articles will share findings gathered during field visits with Impact Sourcing Service Providers (ISSPs) based in Kenya. ISSPs are the BPO organizations with the specific social objective to hire workers from poor and vulnerable communities to perform BPO work. WDI visited three ISSPs at various stages of development:

The final article of this series will look to the future of Impact Sourcing, specifically outlining the challenges facing the sector and potential steps that can be taken to further develop the space.

Now, let’s look a little deeper into the two key trends driving interest n the space and discuss whether these can be married through Impact Sourcing in a manner that drives benefit for both the BPO industry, and poor and vulnerable communities in emerging economies.

Trend #1: The BPO sector continues to grow and provide benefit for developing countries, but has unmet needs relating to employment and costs

Business process outsourcing (BPO), which refers to the outsourcing of business processes (i.e. informational and transaction services) to third-party service providers, has evolved over the past two decades to become a massive worldwide industry that directly impacts both international trade and the global economy. In particular, developing countries have taken advantage of this growing industry to fuel GDP growth and employ millions of citizens. In India, for example, BPO employs over 3 million people with each direct job estimated to create as many as three to four additional employment positions. After India, other leading BPO centers include the Philippines, China, and South Africa.

The potential for future growth of BPO remains high as the industry continues to expand at double-digit rates, with revenues expected to reach $574 billion by 2015. Factors driving continued growth include:

Growth is likely to continue, as few of these factors are likely to reverse.

As the industry has developed, increased competition and rising costs in urban centers have forced BPO service providers to seek alternate, lower-cost destinations (i.e. smaller cities and/or rural towns) and pools of new and more affordable employment talent. This need first emerged in India, where rising costs compelled many BPO companies to focus on higher-end services such as call centers, market research, or engineering services. New BPO companies, such as RuralShores, eventually sprang up in rural India where they enjoyed both lower costs and attrition rates. These BPO companies, known as rural BPOs, employed high school graduates and university students from agrarian, low-income families to perform lower-end services, such as scanning, data entry, or tagging videos for search results on the Internet. These new BPO firms also represented the first players within the Impact Sourcing space.

These market pressures figure only to increase as competition continues to rise and services become more commoditized and price-sensitive. As a result, BPO players will need to seek additional sources of employment talent and look to new locations in order to reduce their current cost structures.

The world continues to face a significant job shortage, affecting both developed and developing economies. According to a report on global employment trends from the International Labor Organization (ILO), one in three workers worldwide (1.1 billion people) is either living in poverty or unemployed. The same report specifies that nations need to urgently create about 600 million productive jobs over the next decade in order to generate sustainable growth and maintain social stability and cohesion. A recent Global Scan BBC poll listed unemployment as the fastest-rising concern around the world; jobless rates in Spain and Greece now hover regularly around the 20 percent mark, and are as high as 40 percent in countries such as Kenya, and even higher in other developing countries.

High unemployment disproportionately impacts people from underserved communities, such as those already living in poverty and younger workers. Youth workers, defined as people under 30 seeking employment, for example, comprise a large part of the labor force in many developing countries (i.e., it is estimated that 65 percent of Kenya’s labor force is made up of youth) and their unemployment rate can be up to three times higher than the average rate in many countries. The irony is that many of the unemployed workers happen to be extremely skilled, but have few opportunities available to them. For instance, approximately 90 percent of Kenyans under 30 are able to read and write, but face unemployment rates that the World Bank says could be as high as 70 percent.

Can BPO help the BOP? Assessing the potential of Impact Sourcing

The key question – for the Rockefeller Foundation and for development organizations more generally – is whether these two trends can be combined to both service the needs of the expanding BPO sector, while alleviating unemployment and poverty for those in poor and vulnerable communities.

Many Impact Sourcing Service Providers (ISSPs), such as DDD, Samasource, and Rural Shores, have shown that workers from the BoP and other disadvantaged communities can perform some types of BPO activities. We do not yet have long-term studies, but there is some evidence that Impact Sourcing can have positive impact on multiple aspects of well-being for workers and their families. Reports indicate that Impact Sourcing employees benefit with income increases of 40 percent to 200 percent. Employment in Impact Sourcing is important for workers because it also serves as initial entry point into the formal economy, which leads to valuable job experience that can help workers pay their way through school, receive higher education and move towards better careers.

Impact Sourcing, however, is still in a relatively early stage of development with approximately 150,000 workers and a market estimated to comprise about $4 billion, or 3 percent of the larger BPO industry. While these seem like large numbers, some have concluded that the Impact Sourcing sector has the potential to eventually employ 3 million people and account for about 25 percent of the larger BPO industry within five to 10 years.

Why do we face such a large disparity between potential and reality? While the potential benefits of Impact Sourcing are compelling, it does face some challenges that have hindered success to date. Some ISSPs have had difficulty securing work from clients; in particular new ISSPs that have not yet established a track record. ISSPs have also had difficulty partnering with larger BPO companies because they don’t have the necessary scale and processes in place to effectively sub-contract work from larger organizations. There are also challenges relating to hiring and training workers from disadvantaged communities, in addition to a lack of adequate infrastructure in the places where many ISSPs operate.

As we hope you can see, there are many elements of Impact Sourcing that need to be unpacked and further assessed in order to get an improved and more accurate picture of the true potential and reality of the space. In the next three parts of this series, we will share key findings from our visits to ISSPs in Kenya and learn more about the challenges they face and the best practices they’ve enabled to overcome constraints. We will also share discoveries from our conversations with ISSP employees that help us get a deeper understanding of the holistic impacts on workers and their families.

The long-term hope is that through our collective efforts, the Impact Sourcing space can grow at a faster pace by enabling the necessary interventions in order to develop the large-scale employment opportunities that can transform the lives of poor and vulnerable communities across the world.

Sateen Sheth is the manager of Research Project Implementation at the William Davidson Institute.

Ekta Jhaveri is a former WDI research associate who contributed research and support to for this series.

NextBillion is publishing is publishing a series of articles examining the emerging Impact Sourcing space through work performed by the William Davidson Institute and funded by the Rockefeller Foundation. This post combines part one and part two of the series, which continues on NextBillion through mid-February.