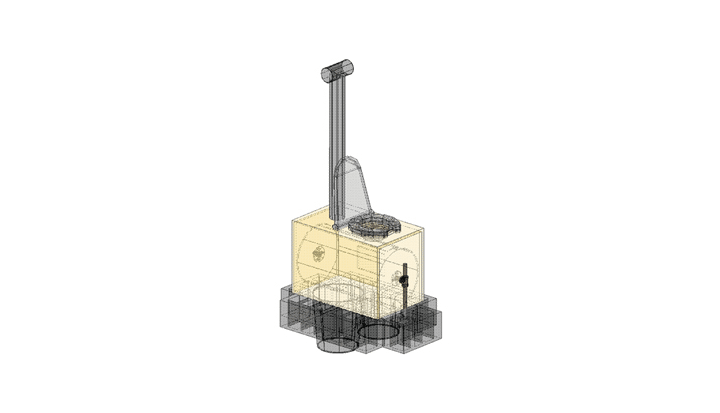 
IN addition to eradicating polio in India and starting the personal computer revolution, the Seattle Superman of our age has managed to make going to the bathroom a cause célèbre. Five years ago, if I’d told people I worked on toilets, they would have surely assumed I was a plumber. Now, they exclaim: “Oh! Isn’t Bill Gates into that?”

More than one-third of the world’s population, approximately 2.5 billion people, doesn’t have access to a toilet. The Gates Foundation and a handful of celebrities like Matt Damon deserve credit for putting this sanitation crisis on the map. The trouble is that the Gates Foundation has treated the quest to find the proper solution as it would a cutting-edge project at Microsoft: lots of bells and whistles, skyhigh budgets and engineers in elite institutions experimenting with the newest technologies, thousands of miles away from their clients.

Just consider some of the parameters of the Gates Foundation’s first Reinvent the Toilet Challenge: Create a “practical” toilet that is suitable for a single-family residence in the developing world. Make sure it takes in the bodily waste of an entire family and outputs drinkable water and condiments, like salt. And while you’re at it, make sure that the toilet is microprocessor-supervised and converts feces into energy. And all this has to cost just pennies per person per day. That’s some toilet.

The winner of last year’s contest invented a solar-powered toilet that converts poop into energy for cooking. Impressive — but each one costs $1,000. Other models boasted membrane systems, treatment of fecal sludge using supercritical water oxidation (heating water to 705 degrees Fahrenheit, or 374 degrees Celsius, then injecting oxygen) and hydrothermal carbonization (oxidizing feces at a high temperature and high pressure while under water). High-tech toilets are exciting, but even the Gates Foundation has admitted that “the economics of such a solution remain uncertain.” In plain English: No one can afford
them.

They are beyond impractical for those who need them most: the residents of slums in countries like Haiti, Indonesia and Bangladesh, where people make between $1 and $5 per day.Just imagine the fate of a high-tech toilet in one of these communities. What happens if the unique membrane systems get clogged? Or if the supercritical water vessel or the hydrothermal carbonization tank leaks, or worse, explodes? Or what if one of the impoverished residents realizes the device is worth more than a year’s earnings and decides to steal it? If the many failed development projects of the past 60 years have
taught us anything, it’s that complicated, imported solutions do not work.

The people I’ve met in countries like Peru, El Salvador and Haiti tend to be subsistence farmers in the countryside or residents of big-city slums who do odd jobs to make ends meet. They are survivors. They make use of what they have, and are often very good at fixing things. But don’t ask them to become industrial engineers overnight.

When I listen to Mr. Gates talk toilets, I think of Juana, who lives in Belén, Peru, a city of 65,000 on a tributary of the Amazon River. Her neighborhood is under water half the year. During the other half, the drainage ditches are filled with excrement and rats.When Juana needs to relieve herself, she walks on a narrow plank for about 30 feet until she arrives at her bathroom — four rotting wooden posts wrapped with a tarp. She stands, precariously, on two narrow slats perched above a ditch and does what she needs to do. She also knows that her kids play nearby and worries about their getting sick, since the waste goes directly into a stream.

Poor sanitation contributes to 2,000 childhood deaths from diarrhea diseases every day. Unfortunately for Juana, and the millions of people who live on marginal waterlogged land, there are no cheap solutions available. What they need are the kind of toilets that they can buy or build with a few weeks’ savings.Ecological toilets that use natural composting to break down waste are simple to construct, waterless and are easy to fix. This is the go-to toilet for cottage owners in America who live too close to the water to have a septic system.

The only problem is they’re too expensive, with price tags of over $1,000. In Haiti, an organization called SOIL has successfully brought low-cost composting toilets to over 20,000 people, and my organization is working on developing a more affordable version. Even simple solutions like the Peepoo bag, which inexpensively (less than 2 cents perbag) sanitizes waste before turning it into fertilizer, are huge improvements. They can also be critical in saving lives after natural disasters.

If we embrace these low-tech toilets, we’ll be on the right track to getting 2.5 billion people one step closer to a safe, clean, comfortable and affordable toilet of their own. That’s something worth celebrating this World Toilet Day. Jason Kass is an environmental engineer and the founder of the organization Toilets for People.

This article has been revised to reflect the following correction:

A version of this op-ed appears in print on November 19, 2013, on
page A25 of the New York edition with the headline: Bill Gates Can’t
Build a Toilet.

This blog was previously published on New York Times and is reproduced with permission.