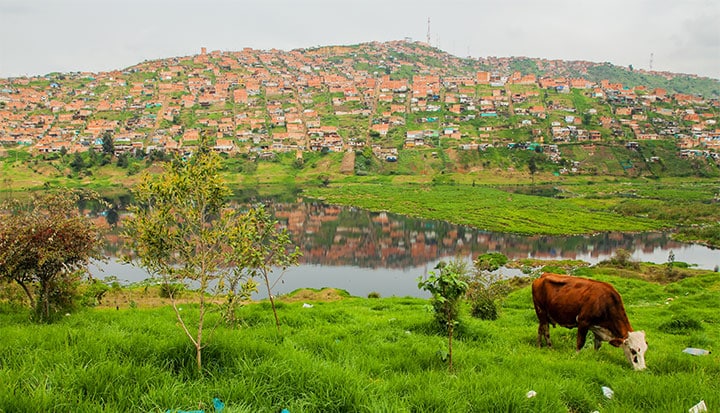 
In May, as part of my role as ACRE's (Access to Capital for Rural Enterprises) project lead, I spent ten days in Colombia scoping the impact investment space and the barriers facing rural producers in a country that it is now emerging from fifty years of civil conflict.

Colombia, a country emerging from 50 years of conflict

About 220,000 people have died to date in this conflict, while more than 7 million people have had to leave their homes. The main guerilla group, Farc, has been in talks with the government since 2012 and it is expected a peace deal will be formally signed by the end of 2016. Many regions of the country still have a presence of left-wing guerrilla groups, paramilitaries and criminal gangs that profit from drug trafficking.[1]

Impact investment should be able to play a critical role in overcoming rural poverty in Colombia, where more than 7 million people are poor and 2 million live in extreme poverty.[2] Indeed, the impact investment space is fairly lively, with key players such as Acumen and Bamboo Finance having set up offices in its capital Bogota[3]. But many speak of a lack of investible pipeline opportunities, despite a considerable investment from the Colombian government in support of small businesses in recent years (for example, establishing the first retirement savings plan for local coffee farmers[4]). So why this lack of opportunity for impact investment in rural Colombia?

Barriers to investing in Colombia today

Though Colombia’s climates and soils offer favourable conditions for a variety of high value, high demand crops such as coffee, cacao, bananas and other tropical fruits, 65,8 % of land suitable for cultivation is not used [5] This is due to three main factors: the complexity of the country's geography, competition with elicit crops used to produce drugs and ongoing problems with land tenure. There is also the conflict in itself which leaves thousands of hectares inaccessible.

Colombia’s geographic challenges should improve over the next few years, with the government building new roads between production areas and ports. Elicit crops remain a problem, with coca production employing an estimated 67,000 households (2006 figures[6]), as opposed to 50,000 growing coffee. Many people in rural areas, including small-scale farmers and members of indigenous and Afro-Latino descendant communities, have been displaced from their land and lost their assets as a result of violence and illegal occupation. Land tenure is gradually improving with government programmes supporting farmers to regain access to their titles, but much remains to be done and land from which people have been forcibly displaced equates to 6-8 million hectares.

What Christian Aid is doing in this sphere

Christian Aid has been working through local partners in Colombia since the 1980’s, supporting people to gain access to justice and land ownership by exposing structural and physical violence and challenging the systems that prevent the fulfilment of human rights for all. For example, our local partner ANZORC is a country-wide association of 76 organisations that represents the interests of rural communities, acting as an interlocutor of the rural farmers' (campesinos) interests and a mediator in land disputes and helping to defend and promote human rights in these communities.

From an impact investment perspective the re-establishment of land tenure and of good farming practices in these communities is starting to create growing opportunities. However, now that farmers are gradually regaining access to land, they talk about the lack of access to markets for non-elicit products being a main problem. Through Christian Aid's inclusive business incubator programme, we are beginning to support partners such as ANZORC to increase commercialisation by addressing some of the main barriers farmer face, such as access to customers for their coffee, lack of good quality control and poor aggregation facilities. In due course, as its commercial arm develops, we would expect ANZORC to be able to present a credible proposition to ACRE's syndicate of impact investors, so that it can continue to support farmers without NGO subsidies.

Aida Maria Dagua, a coffee farmer we met in Corinto in the Cauca area of central Colombia, said "My dream for the future is for my children to access education and for them to set up a business to make a good living from this land".

This article first appeared on Acre and is reproduced with permission.