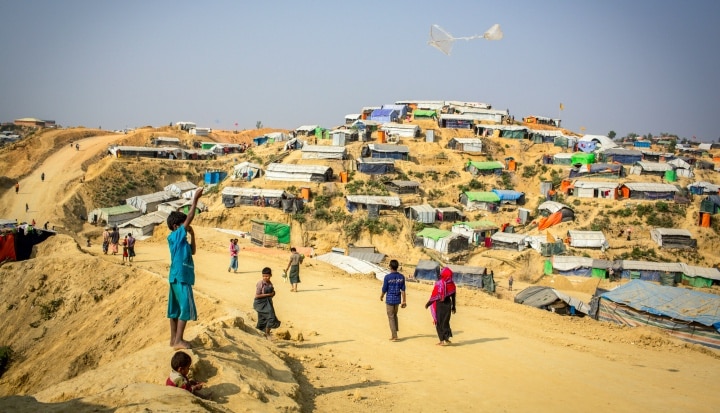 In a year where the UK is hosting the G7, COP26 and the Global Partnership for Education Replenishment summits, the decision to cut Official Development Assistance (ODA) spending severely hampers its global reputation and leadership on achieving gender equality, tackling Covid and supporting the world’s most vulnerable people.


In May 1946, the first 20,000 CARE Packages arrived in France. These critical deliveries of basic supplies such as flour, soup, tinned meat and chocolate, helped feed families in post-war Europe. Around 400,000 had? arrived in Britain when we needed them most. Altogether, more than 100 million CARE Packages were packed and shipped to Europe, and later around the globe, thanks to an effort led by a coalition of charities, business leaders and governments.

Today, 75 years later and deep within a pandemic, the global community is being called on to respond again. Britain has an opportunity to lead and to help other countries in dire need, instead, the government’s response is to cut UK aid. In a year where the UK is hosting the G7, COP26 and the Global Partnership for Education Replenishment summits, the decision to cut Official Development Assistance (ODA) spending severely hampers its global reputation and leadership on achieving gender equality, tackling Covid and supporting the world’s most vulnerable people. At CARE we have seen the continued funding support from corporate partners for our work around the world, but this cannot fill the gap created by the government’s sudden reduction in support.

Specifically, the one-third ODA (overseas development assistance) reduction will mean that more than £4 billion that was earmarked for aid will be cut. Gender equality focused programming is being severely affected, and an estimated 20 million women and girls will miss out on aid programming when it is now needed more than ever. As a result of these cuts, 700,000 fewer girls will benefit from girls’ education programmes, 2 million fewer women will receive humanitarian assistance, eight million fewer women and girls will be supported by nutrition interventions, and nine million fewer women will have access clean water and sanitation. Furthermore, The COVID-19 pandemic has particularly led to increased rates of gender-based violence and additional economic support needs due to job losses. The cuts will put women and girl’s lives at risk and threaten to undo progress towards gender equality at a time when the pandemic has rolled back women’s rights by a generation.

CARE works in partnership with some of the largest companies in the UK – many of which have provided considerable support to CARE’s COVID-19 relief efforts. For example, we have worked with GSK for more than 10 years to provide support to frontline health workers in Bangladesh, Afghanistan, Myanmar and beyond. Because this partnership was already working effectively, there is strong trust between the community and partners which helps when the unexpected happens. For example, when a fire hit the Cox’s Bazar refugee camp in Bangladesh earlier this year, GSK was able to provide quick assistance in collaboration with CARE. These partnerships often receive additional support in the form of government funds. But with the prospect of government budget cuts, these partnerships may not be extended or expanded.

It is clear now more than ever that in our interconnected world, charities are not alone in their efforts to help communities address challenges such as poverty, climate change, and gender inequality – as well as the ways in which these issues intersect. Rebuilding from the pandemic will require a new focus on addressing these and other challenges on top of the financial impact of the pandemic due to the extended lockdowns. Despite this, companies recognise that this is a time for them to do more, not less, to help the communities in countries where their goods are sourced and products are made. The private sector plays a critical role in alleviating the twin effects of COVID-19 and poverty and organisations like CARE have demonstrated time and again how tripartite partnerships among NGOs, corporations and governments working together can be effective in creating sustainable impact. While corporate support can help, these resources cannot replace what is lost through reduced government funding.

Furthermore, as there is no indication of how long these cuts may last, the implications of the immediate impact is significant. Cutting billions of pounds from vital funds needed to carry out lifesaving work at a time when the world’s most vulnerable people need help the most is a short-sighted response to deep but addressable problems and significantly reduces the impact we can have through partnership.