An Opportunity for Companies to Reverse Tax Trends 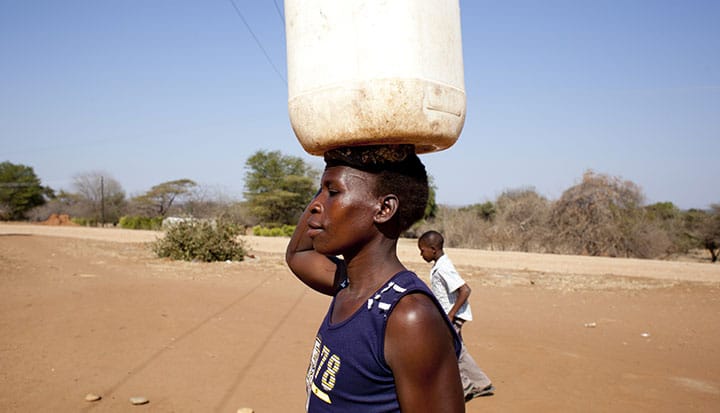 An Opportunity for Companies to Reverse Tax Trends

As the world’s top corporate leaders gather in Davos this week, the question I have on my mind is “Is business delivering for the greater good?”

New analysis by Oxfam shows that the gap between the richest and the rest has widened dramatically. The wealth of the poorest half of the world’s population – that’s 3.6 billion people - has fallen by a trillion dollars since 2010. Meanwhile, the wealth of the richest 62 individuals, who own as much as the poorest half, has increased by more than half a trillion dollars to $1.76 trillion.

Instead of an economy that works for the prosperity of all, for future generations, and for the planet, we have instead created an economy for the 1%. A powerful example of an economic system that is rigged to work in the interests of the powerful is the global spider’s web of tax havens and the industry of tax avoidance, which has blossomed over recent decades.

Nine out of ten of the world’s biggest companies have a presence in at least one tax haven, and it is estimated that tax dodging by multinational corporations costs developing countries at least $100 billion every year. Corporate investment in tax havens almost quadrupled between 2000 and 2014.

This is not going unnoticed by the public. In the UK, corporate tax avoidance is the top public concern about business behaviour, according to the latest survey conducted for the Institute of Business Ethics.

The interest in corporate tax avoidance from a diverse group of stakeholders – the public, investors and policymakers – shows no sign of abating. Tax policy and practice – once siloed in finance teams and treated simply as an operating cost to be minimised -- is now an issue of core risk and responsibility for companies. It is equally an opportunity for companies to make a significant positive contribution to society, and in doing so, to win back the trust of their stakeholders.

In order for this to happen, companies must re-conceive their tax responsibilities.

As is the case with many issues of corporate responsibility, it is not just regulation, but values, that must shape the tax behaviour of companies. By embracing ‘responsibility beyond legal compliance,’ companies can seek to ensure that their conduct on tax reflects their broader duties to contribute to the public goods that enable the development of the type of societies in which profitable, sustainable companies can thrive. These are peaceful, stable societies that have sustainable transport networks and power systems, educated, gender-balanced, healthy and productive workforces, prosperous economies and strong consumer bases with purchasing power.

What does tax-responsible behaviour look like in practice? In a recent paper, Oxfam, ActionAid and Christian Aid have articulated a wide range of positive behaviours and actions that companies can take. For example:

Investors, too, are increasingly probing companies on their tax responsibilities. The UN Principles for Responsible Investment, representing 1,380 investors managing $59 trillion of assets, wants companies to take a more responsible approach to their tax practices, and is pushing for disclosure of tax policy, planning and reporting, citing country-by-country reporting as an example of good practice.

The mission to achieve ‘responsible corporate tax behaviour’ will be a challenging but necessary journey which involves a change of culture and capabilities around tax in most companies. Without this, even the best of international tax reform is unlikely to succeed in improving the sustainability and inter-nation equity of corporate tax revenue on which both businesses and citizens depend in the long run. Businesses have a vital role to play in helping to end the runaway inequality and extreme poverty that's condemning millions of people to lives far harder and shorter than they need to be. It’s time to place tax management squarely at the heart of responsible business that delivers for the greater good.