Who’s Innovating at the BOP? 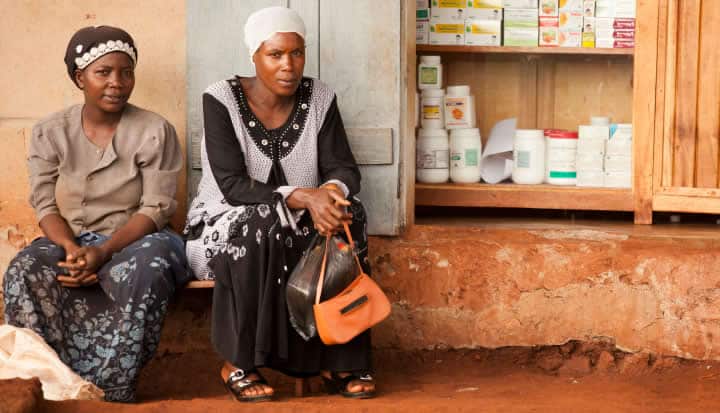 Who’s Innovating at the BOP?


Solar-powered milk cooling systems in Ethiopia, bio-gas charges for electric devices in Bangladesh, testing kits for substandard medicines in Kenya; these are just three of the many innovations that served as an anchor for discussion at last month’s “Implementing Inclusive Innovation” conference, hosted by the BoP Innovation Center in Amsterdam.

The Business Call to Action (BCtA), a global initiative that promotes sustainable development through inclusive business models, supported the event and had representatives from two member companies participate; WaterHealth International, which provides community access to clean water in India and Africa, and Noha Nyamedjo, a company building capacity to locally process cocoa in Cameroon.

“It was striking to see how much interest in BOP-focused solutions there is across multiple sectors within the Netherlands. We look forward to developing and pursuing new kinds of partnerships sparked in part by what we learned and the people we met during the event,” said Meredith Petrin, Director of Business Development at WaterHealth.

The conference opened with Dr. Al Hammond, Senior Entrepreneur with Ashoka, who shared his thoughts on the opportunities in base of the pyramid markets, notable successes and failures, and the role of social entrepreneurs in catalyzing innovation. His presentation sparked an interesting discussion on what role Dutch based, and multinational companies more broadly, could play in these new markets. The BoP Innovation Cycle (pictured below) served as a useful framework for dialogue on the impact of innovation, learning and partnerships in the incubation and scaling of businesses at the BoP.

One view was that local companies and social entrepreneurs understand these markets more thoroughly and are therefore best suited for the early stages of innovation, while large multinationals and foreign companies would be most effective in scaling proven models. Another view was that foreign companies can bring much needed expertise and capital to spark early stage innovation. There are examples of success in both approaches.

One of BCtA’s newest members, Shree Kamdhenu, is an example of a local company which used its in-depth knowledge of dairy farming in India to innovate a system that helps to dramatically improve the milk collection and payment process for dairy cooperatives, thereby reducing waste and improving productivity and livelihoods of dairy farmers. Some would argue that large multinationals might not be as well positioned to understand the intricacies to innovate quickly in this local environment.

On the other hand, Novartis, another of BCtA’s newest members, is an example of a multinational company that got involved very early in the innovation cycle with their Arogya Parivar initiative in rural India. The profitable new business model reaches underserved rural populations by training local women as health educators to raise awareness about diseases and preventative measures. Novartis was involved in early stage innovation and scale. Since inception of the program in 2007, Novartis has reached 42M people in rural India and they aim to reach millions more.

The jury is still out on who is best positioned for business model innovation at the BOP. Coming up with the idea is only the first step – ultimately it comes down to who is best able to execute and adapt on the ground.

BCtA looks to collaborate with organizations such as the BoP Innovation Center who are playing an important role in helping to catalyze business model innovation in these new and often challenging markets. Clearly, there is a long way to go and there are many more companies that can get involved and see their businesses grow. Our goal is to showcase and encourage companies who introduce profitable, and thus sustainable ways, of reaching underserved low income populations in developing countries. For more info and to get involved visit us at www.businesscalltoaction.org

2 responses to “Who’s Innovating at the BOP?”