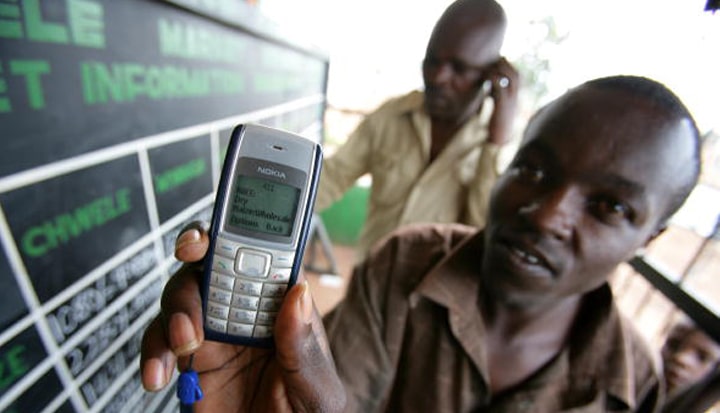 
A fall in the prices for several of Africa’s major export commodities has created short-term headwinds for many economies. How weaker export earnings will impact on resource management and transparency will, however, have a far longer-term impact.

For all that Africa’s new narrative of growth is driven by discussions of its demographic potential and consuming middle class, many of the continent’s economies remain tethered to the global commodity markets.

Today, oil prices are close to half their 2014 highs; iron ore has fallen from highs of over $130 per tonne in 2013 to below $70 in 2015. Copper prices are now 41 per cent below their 2011 peak.
These global market ‘headwinds’ are likely to trim growth and undermine the fiscal positions of countries, such as Nigeria, Angola and Zambia, whose governments depend heavily on commodity receipts for ongoing and capital expenditure.
The end of the commodity ‘super-cycle’ will undoubtedly have an impact on these economies, and on energy and mining companies in the short term. After a decade of growth, a lower price environment will reveal which countries have managed to diversify their economies and translate their natural resource wealth into broader-based economic development.
It is also, some civil society organisations say, an acid test for the governance and anti-corruption mechanisms that have been put in place – some willingly, some grudgingly – in African countries since the turn of the century.
Resource governance is vital to Africa’s development, and the ‘resource curse’ is a real phenomenon. The total dependence in some nations on primary commodity exports has concentrated political and economic power in rent-seeking elites, curtailed the growth of other sectors which may have created more productive employment, and fed corruption which has undermined the rule of law, feeding conflict.
What happens now, with prices lower and the economic prominence of the sector dropping, depends on how governments react.
“You could argue that now that commodity prices are dropping, the mining and oil sectors are not as important as they used to be, so it doesn’t matter. Focusing on transparency doesn’t matter anymore,” says Marie Lintzer, governance policy analyst at the Natural Resource Governance Institute.
“The other argument is to say, well, with the commodity prices drop, maybe it’s a good time to set things up in a right way, because it’s not having all the attention – making sure that transparency and accountability measures are in place in the hope that commodity prices will go higher again… It’s the right moment to think about what to do with the wealth of that sector.”
Probably the most high profile anti-corruption project of the century is the Extractive Industries Transparency Initiative (EITI), which works at the national level in qualifying countries, and compels signatory companies to report their payments to governments. The process has been widely credited with improving transparency in many resource-rich countries, but has simultaneously been criticised for its limits. The initiative is heavily dependent on civil society, who themselves face restrictions in several of the countries most in need of transparency.
Global transparency agendas can be painted as foreign interference, even where – as with EITI – they are enabled by local assent and run by local civil society. In May, ambassadors and mining ministers from Kenya, Uganda, Tanzania, Sudan, Ethiopia, Angola and Mozambique called for Africa to create its own, home-grown alternative to the initiative, saying that the process is “one-sided”, targeting governments, and not putting enough pressure on multinational companies.
Other initiatives have been criticised because they dissuade investment into developing countries. In 2010, the US Congress passed the Dodd-Frank Act, a wide-ranging piece of legislation targeting Wall Street. Within it, one tiny part, Section 1502, states that companies registered with the Securities and Exchange Commission in the US must disclose whether they are receiving tantalum, tungsten, tin or gold from the Democratic Republic of Congo, and ensure that it is certified as ‘conflict free’. The European Union is in the process of debating a similar law for EU-listed companies.
The act has been criticised by businesses and the Congolese government – who say it imposes an onerous cost on companies wanting to invest in the country – and by some local non-government organisations, who see it as a blunt instrument ill-made for a complex problem, and has penalised small-scale and subsistence miners more than it has international companies, heightening existing tensions.
“I think that’s an initiative that has good intentions, but is trying to solve the symptoms, rather than the actual problem,” Lintzer says.
The ongoing disputes over Dodd-Frank encapsulate a wider problem within transparency initiatives – that the expectations of all stakeholders differ greatly. Investors need concessions on terms and costly guarantees in order to risk their capital in environments with weak governance; local communities expect an immediate development impact; well-intentioned governments have to balance the two, while simultaneously fixing the longer term deficiencies in their economies.
“The DRC has been in conflict and civil war for decades. In order to attract investment in the mining sector they have provided a very attractive fiscal regime, and for example it’s taken a long time for companies to pay profit taxes, and for the population to receive the benefits of those resources,” Lintzer says.
“I think that has created a lot of tension between the population and the industrial mining companies, and the government has been accused of not doing much. They are trying at the moment to reform the mining code to make it a bit more beneficial to the country, rather than to private sector actors.”
The immediate commodity downturn has already forced governments across Africa to re-examine their relationships with mining companies. Zambia, the DRC and Ghana are just the latest to open up a debate over royalties and beneficiation – sparking a backlash from miners. In such a period of flux, the progress of transparency initiatives, and their impact, will depend on a huge effort of political will and commitment to long-term thinking.