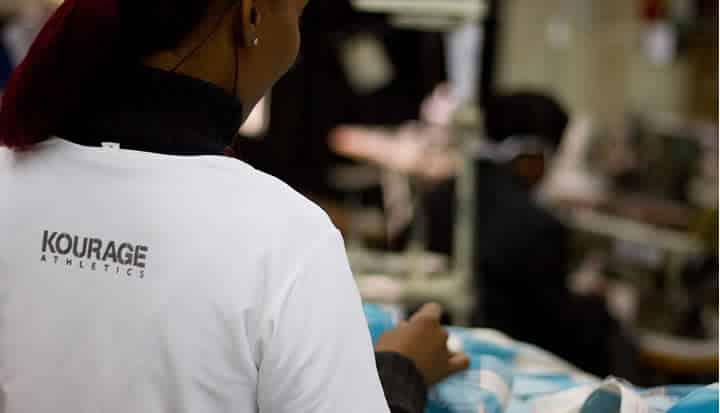 
Export-led growth is a fundamental tool in transforming both economies and workers lives. Asia’s dominance in export manufacturing and corresponding increases in GDP growth and human development provides evidence that international trade is a leading path to economic prosperity. Corruption and instability have inhibited Africa from becoming a leading manufacturing destination. This essay argues that a brand is able to increase its value through relocating manufacturing to Africa. For higher-end goods, this increases the value of a good by an amount that is greater then the additional cost of relocating production to Africa. Leading Africa to develop a counterintuitive comparative advantage in luxury goods. As a result, that by 2025 Africa will be the destination for high-end production.

Africa has, to a limited degree, developed its exports. According to lore, a ninth-century Ethiopian goat herder first discovered coffee. Today, Ethiopia is a leading global producer of coffee. A quarter of Ethiopians depend on the coffee industry and coffee accounts for one-third of Ethiopia's exports. Directly south of Ethiopia is Kenya which is the largest supplier of fresh cut flowers to Europe. Over a million Kenyans earning income from the flower export industry. Africa is not dependent on exporting only raw materials. Between 1977 and 2009, Mauritius averaged 5.1% real GDP growth. One of the main contributing factors is the strength of its textile industry.

These industries plus thousands of others have created jobs and improved lives for millions within Africa. The problem is that there is far too little industry to service the African workforce. As a result, many of the 1-billion Africans are currently removed from the global economy. Without a catalyst to accelerate the process, many Africans will continue to subsist in extreme poverty. It is essential that Africa compete in the global economy. There is an opportunity for Africa to leverage its brand to develop comparative advantage in high-end goods. The remainder of this essay will develop this argument.

Multinational corporations (MNCs) are profit-maximizing firms. High-levels of capital mobility combined with low-cost in training workers enable MNCs to relocate manufacturing effortlessly to a new country when a cheaper production location becomes available. These factors force each nation to compete with other states to attract business from MNCs. One way that a nation is able to become relatively more attractive is through reducing business, labor, and environmental regulations.

While Africa has been willing to erode regulations, it has been unable to attract foreign investment to a level comparable to other nations. Other factors have raised the cost of doing business in Africa as compared to Asia. Contributing factors include slow internet access, poor infrastructure, lack of property rights, government bureaucracy, a culture of corruption, and work disruptions.

As a result of lax regulation and an organized workforce, Asian countries such as China, Bangladesh, and Taiwan have streamlined and perfected the manufacturing process. An example of this extraordinary success is the town of Qiaotou China. Annually, Qiaotou produces 200-million meters of zippers and 15-billion buttons - figures that equate to 80% and 65% of the annual global production of zippers and buttons. Such success has created unparalleled economic development and has gained Asia an international reputation with both MNCs and consumers who equate the continent with low-cost production.

Asian markets have perfected the production process. This perfection sends a signal that an item that is produced in Asia is smart, efficient, and well made. This can increase the value of many goods. But in products that have an artisan feel such as textiles, furniture, apparel, and house-ware, being manufactured in Asia sends the opposite signal - a signal that a product is generic and mass produced.

In 1899 Thorstein Velben described conspicuous conception as the act of purchasing goods to signal social status. Modern examples including designer handbags, exotic cars, and vintage wines. While many cannot afford such luxuries, tens of millions of consumers purchase goods with signaling properties. Internal and external signals are not just constrained to wealth. Additional signals include independence, intelligence, kindness, environmental or social conscience, empathy, or cosmopolitan feel. From furniture to clothing, electronics to food, almost every consumer market has products that offer signals that consumers use to explain their personality both to themselves and to the world. Consumers value this signal so much that they are willing to pay a premium for products that possess this expressive quality. In fact, as the price of a good increases, signaling becomes more important to create product differentiation.

Production location is an opportunity to differentiate a product and increase its value. Every Apple product box states “Designed in California, Manufactured in China”. Fair-trade products signal that the consumer is compassionate and thoughtful of the workers who produce their clothes.

By relocating manufacturing to sub-sahara Africa, MNCs can tell a story that their goods are unique, exotic, and built by artisans. While Africa does experience increased costs over Asia, as a good becomes more expensive, signaling becomes more important for product differentiation. Likewise, as the price of a good rises, the constraints that have lead to increased production costs by working in Africa become less substantial. More importantly, at a certain price-point, the additional value of producing in Africa will surpass the additional cost of working in Africa. At this point moving production to Africa will increase total profit.

There are two pertinent attributes associated with Africa. First, Africa is an exotic location with wild animals, safaris, mountains, tribesmen, and plains. These attributes send a signal that a good is exotic, luxurious, and rugged. This is in opposition to the typical association between Asian nations and a harshly lit factory with sweatshop like conditions.

Second, Africa is a place of poverty. Through relocating manufacturing to Africa, manufacturers can signal to their consumers that are committed to helping those who subsist in poverty. In addition, it is profitable for high-end manufacturers to follow ethical labor standards.

Manufacturing is plagued by high-employee turnover. Furthermore job seekers in this industry are unskilled. This leads employers to provide training to each new employee. Training new employees both increase costs and reduce production. More importantly, each new employee has less skill as compared to veteran artesian thus is more likely to make an error. A revolving door of employees lowers both the consistency and the value of a product. In opposition, reducing employee turnover reduce costs and increase manufacturing precision.

One commonality of expensive goods is that they possess premium craftsmanship. One way to attract and retain top talent is to offer improved working conditions and higher wages. As a result, it is possible for high-end manufacturers in Africa to signal to the world that they are helping to solve social problems in Africa through creating good jobs.

By offering minimum wage jobs with a normal workweek in a well-lit and safe facility producers will provide evidence to consumers that employers care about their employees. The result is manufacturers can reduce employee turnover and MNCs can showcase the conditions under which their goods are produced; both of which increase profits.

The trend towards high-end manufacturing in Africa is already beginning to develop, especially in textiles. In Kenya, manufactures such as SOKO and Viva Africa have organized hundreds of the best craftsmen in the apparel industry to develop textiles for high-end international costumers. In addition, high-end African brands are emerging. Our organization, Kourage Athletics, creates premium-running apparel. Garments are designed and manufactured in an ethical environment in Kenya by Kenyans, exported, and sold globally with revenues reinvested into Kenya. We are not alone in building luxury brands in Africa. Our good friends at Sandstorm develop 100% African Safari bags that are sold for hundreds of dollars throughout the world. In addition, African fashion weeks are major events that have developed in New York and Paris. The high-end African industry is so extensive that there are now organizations, like Africa’s Fashion Guide, whose only mission is to report on happenings in the world of high-end fashion within Africa.

By focusing on high-end manufacturing Africa can leverage its brand to inject hundreds of millions of dollars that will spread through African suppliers. In addition by focusing on luxury manufacturing Africa create good jobs that will improve lives for millions of Africans. Still more can be done to develop high-end manufacturing with Africa. This movement needs the support of African governments, international organizations, and aid agencies to develop a coherent strong message that in 2025 Africa will be the destination for high-end production.