Accelerating Progress on Education in Africa: How business can help 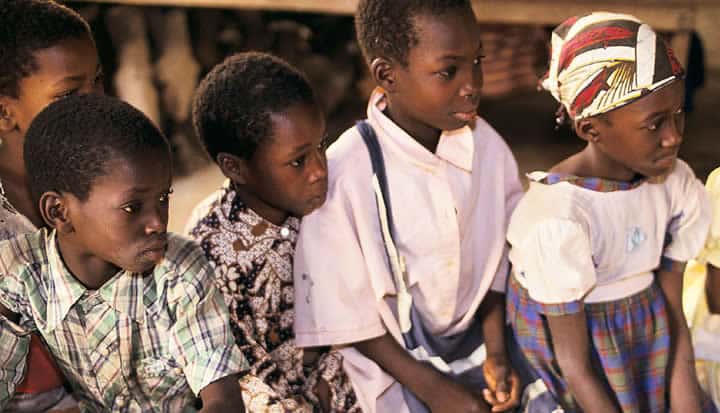 Accelerating Progress on Education in Africa:How business can help

The Global Business Coalition for Education is bringing together sectors as diverse as financial services, engineering, technology, and consultancy; all pledging to work together for better education in Africa."

What do you do in a crisis? Governments, civil society, local communities, global businesses come together. You put aside any differences or special interests; you ask one simple question. What works?

Ten years ago, the world community recognised there was a global health crisis and focused relentlessly on some very specific objectives. It is making a big difference. Malaria rates have declined by 25 percent in 10 years; the number of people dying from Aids has fallen by 20 percent in the last five years; the incidence of TB is on track to start falling around the world.

There’s a huge amount still to be done, but when the world reviews the Millennium Development Goals in public health in 2015, it should be able to conclude that significant progress has been made. When the world looks at progress against the MDGs in education, the reviews may be more mixed.

Yes, 39 million more children are now in school and enrolment rates in the world’s poorest countries have improved from 60 percent to over 80 percent. But 70 million children still have no access to primary school; 70 million more miss out on secondary school; and a further 200 million children attend school without learning anything much at all. In some African countries, after five years of school, the illiteracy rate is unacceptably high.

These crises in learning and health are directly linked: the chances of survival for a child born to a mother who can read are significantly increased. (And yet it is women who suffer most – 65 percent of the world’s illiterate population are female. In contrast, in the wealthier countries of the OECD, girls consistently out-score boys in international literacy tests.)

Recent research by Jim O’Neill, the man who coined the BRIC acronym, found that, demographics apart, the single most important factor in economic growth is, probably, educational attainment. Tackling the learning crisis in Africa could help to lift many millions out of poverty across the continent just as surely as in China,India and Brazil. With the rapid growth of mobile usage across the continent grabbing the attention of the world’s leading technology companies, now is the time to act.

That’s why the Global Compact on Learning is focusing on three goals – early childhood development, basic literacy and numeracy in early primary education, and better post-primary educational opportunities – each based around clear, measurable outcomes. We know from the world’s most improved school systems that when the education community does act strategically, progress can be made very quickly. So, all of us involved in global education are learning to act in a disciplined way – analysing the data, measuring the return on investment and, when we find the often basic, simple and systemic processes that work, scaling them up.

The Global Business Coalition for Education, for example, is bringing together sectors as diverse as financial services, engineering, technology, and consultancy; all pledging to work together for better education in Africa. My own company, Pearson, is investing in low-cost, sustainable solutions, working with local entrepreneurs and the broader community.

Improving teacher quality, training and monitoring is vital. So, too, is actively engaging the illiterate and innumerate in their own education so they can make the kinds of choices that we all take for granted. As the late, great CK Prahalad wrote, we should treat the poor not as victims or wards of the state, but as creative, resilient and value-conscious consumers.

Learning is an active process; no matter how good the teacher, you learn by doing. And, on this as in any other respect, the intelligence curve of the 800 million or more illiterate people in the world is no different from the rest of us.

Like us, they want to be actively involved in their own education and that of their children. We need to give them the access and the data on which to make informed choices; so they and their children can progress in life as far and as fast as their talent will take them. And we can all make real progress in cracking the global learning crisis, and reaping the wider rewards, in public health, wealth creation and the enlightenment of the human spirit, that it will bring with it.

This September This is Africa is taking an in depth look at the state of education in Africa. With less than three years remaining until the 2015 deadline to meet the Millennium Development Goals, there are mounting fears that low income regions - in particular sub-Saharan Africa - are at risk of falling well short of MDG2, which focuses on equal and universal access to primary education.

To coincide with the launch of UN Secretary General Ban Ki-moon’s Education First Initiative on September 26th, This Is Africa has produced a special report on education, which includes perspectives from leading figures in the field, new data on learning in Africa and in depth reporting on key issues shaping the global education debate. They are also widening the conversation on the This Is Africa website, and will be running an extensive series of perspectives from a broad range of voices in business, development, policy and civil society in the run up to and beyond the launch of the Barometer.

Visit the Access+site for regular updates on the debate around access and learning.