A Nation’s Coming Of Age: Malawi At 50 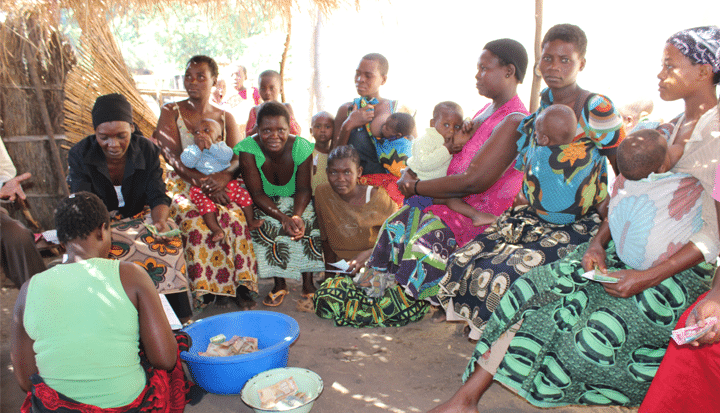 A Nation’s Coming Of Age: Malawi At 50


Last month was a very significant one for the country known as Africa’s ‘Warm Heart’. Fifty years on from the birth of Malawi’s independence, July provided a poignant moment to evaluate the progress that’s been made across the past five decades. But the anniversary is an equally important time to take stock of the challenges that continue to stand in the way of development.

Malawi remains a deeply impoverished country – and that’s something that cannot change overnight. Levels of poverty may have decreased from 54 percent in 1998, to 39 percent in 2009, but national progress masks pockets of extreme poverty, particularly in the rural south where more than half of the population is impoverished – with more than half of that figure classified as ‘ultrapoor’.

Substantive challenges remain, but it’s clear the country is undergoing a subtle but steady transformation – something I’ve witnessed across the past twelve years alone since founding the MicroLoan Foundation, a London-based microfinance charity that provides targeted loans and training to women in Malawi and Zambia.

Marked progress is happening in Malawi at a micro-level – seen in the transformation of dirt tracks into tarmac roads, the increased support from global health agencies, and growing access to electricity as a power source. Education too shows signs of improvement. The proportion of literate Malawians rose from 69 percent in 2009 to 73.6 in 2011, and primary school enrolment rates increased from 83 percent in 2009 to 86 percent in 2011.

That said, women remain disproportionately affected by illiteracy, fuelled by high levels of school drop-out – often the result of social values – which contributes to a cycle where few women have formal employment. Without education, the first stepping stone in the path to generating income, these women are often some of the most impoverished in Sub-Saharan Africa. In Zambia, for example, rural women with no education are twice as likely to be living in extreme poverty as those who received a formal education.

And gender disparities extend beyond education. While women are proven to repay loans at a higher rate than men, female entrepreneurs face significant obstacles to accessing financial services including banking and credit. When earning an income, women reinvest 90 percent of their earnings into their family and local community – but they remain on the edge of economic activities with limited opportunity to participate in the country’s development.

But Sub-Saharan Africa is evolving. One of the most fundamental changes across the past few years has been the emergence of opportunities for such individuals to start their own businesses and become self-sufficient. The countries of Sub-Saharan Africa now have more than twice as many startups as established businesses, and Malawi – one of its poorest countries – is seeing an influx of small-scale enterprises that are helping to create jobs, invigorate communities, and provide a sustainable means of breaking the poverty trap.

Microfinance – the supply of small loans to help get people’s ventures off the ground – is playing a key role here. For Malawi’s women, with limited access to basic financial services and education, it’s truly empowering. In helping people to help themselves, microfinance initiatives are enabling these individuals to generate revenue that not only covers the food bills, but pays for their children to attend school, pays for healthcare, and can be invested in additional enterprises.

Microloan recipient Sphiwe Banda, for example, is now on her eighth loan cycle and takes out larger loans to support her clothes shop, fish business, and the premises she rents out. The profit she makes is reinvested in her various businesses and in household needs – at the heart of which is her dedication to supporting her five children and five orphans.

But not all microfinance is a force for good. We are increasingly seeing the rise of microfinance institutions offering a form of ‘pay day loan’ – particularly in Malawi’s urban areas, where loans can be disbursed easily. Operating for financial gain, such loans differ fundamentally from pro-poor microfinance services and are often supported by the use of unscrupulous debt collection practices.

Our focus at MicroLoan Foundation is on lifting Malawi’s women out of poverty, and seeing lasting, positive change. We do not make a profit, and the interest we charge exists only to cover the costs of delivering our services which, as we operate in isolated rural environments, are high. The social impact is everything.

Take our client Rabecca Jere, for example. When her child fell ill, her support group came together to repay her loan for her. Extensive, tailored training and support ensures women are educated on a whole host of important topics to make their businesses a success. At the end of each meeting, the women come together, hold hands and pledge to be supportive and faithful to the group during hardship.

As we look to the next fifty years, there’s great work to be done in Malawi. For now, the majority of its women remain marginalised in social and economic spheres, unable to effectively participate in social, economic and political development.

But one weapon that is proving its worth in the battle against poverty and gender discrepancies, is the encouragement of independence over dependence. Microfinance, in enabling Malawians to develop sustainable livelihoods – to feed, clothe and educated their families, and work their way out of poverty – is the ultimate opportunity for Malawi, and not a ‘handout’.