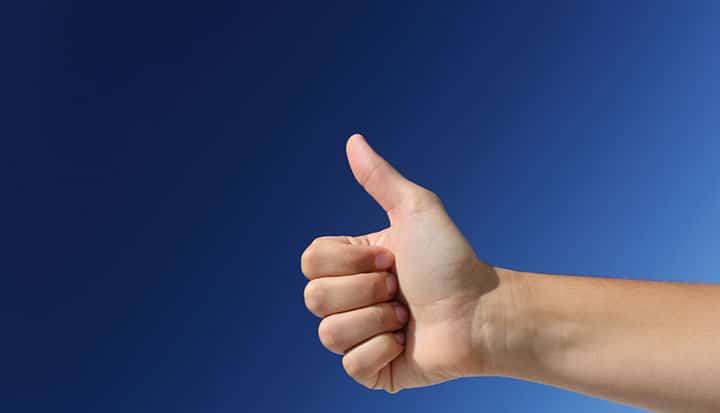 
"India is personally very important to the history of our company." Who would have thought that the path of spiritual discovery through India would be so well-trodden by so many among the global mighty? Allen Ginsburg, George Harrison, Steve Jobs; and, with that admission, Mark Zuckerberg follows in their footsteps. India can legitimately take credit for playing its part in shaping The Beats to The Beatles, Apple Records to Apple Computer; and, now, the 1.5 billion strong nation of Facebookistan.

Indeed, Zuck's love affair with India is far from over. He lost the hoodie, rendered himself unrecognizable in a suit and hugged Modi during the Prime Minister's recent tour of Silicon Valley. A few weeks later he popped up in India, clad, in the more familiar banian, strutting and fretting upon the stage at IIT-Delhi. The business case for Zuck's hugging of India should come as no surprise. With 134.5 million users in July of 2015 anticipated to balloon to 269.5 million by 2019, according to eMarketer, this will be Facebook's largest market. Indians already offer Facebook the largest user base for its subsidiary, Whatsapp, so popular among both the auntie class and my high school class of middle-aged men for trading naughty jokes. India is very important not just to the history, but also for the future of his company.

Zuckerberg's mission is, however, bigger than that of the chief executive paying a courtesy call to his largest customer base. India is also home to a large chunk of the 4.5 billion people on the planet who cannot be his customers because they have no Internet access. He was here to also sell Facebook's year-old project, Internet.org, now re-branded as Free Basics, that promises the digitally excluded Internet access that is both free and basic. The service has already reached a billion people in 19 countries.

Far from being nominated for sainthood, the poor fellow is being pilloried for his efforts. He has run afoul of those clamoring for net neutrality, or equal treatment for all traffic on the Internet. After all, Free Basics is designed to offer free access to a select set of websites like a "lite version" of Facebook, Wikipedia, and others, along with a limited number of content services on mobile phones. No doubt, as more people get this access, Facebook itself will be one of the biggest beneficiaries. A Mobile Africa 2015 study finds that Facebook is the most popular phone activity for those who get access to the Internet. In India, 58 percent of those surveyed by Geopoll and Jana even believe that Facebook IS the Internet. All this is causing more yikes than "likes" in response to Zuckerberg's initiatives.

There appear to be four principal quarrels with Zuckerberg: First, the initiative will create a digital caste system: those with access to the entire Internet (yes, including even those 857 briefly banned porn sites) while the rest with access only to a walled-in ghetto. Second, when Facebook offers free Internet, it has a private motive, not charity in mind and will corner the Internet depriving the next billion of its many wonders. Third, Facebook has no skin in the game; it is free-riding off the telcos. Fourth, there are already public policy plans to provide full Internet access to those who do not have them.

Here is where I believe Zuck is right and his critics are wrong. Consider each of the four principal concerns.

The real digital caste system is where 80 percent is totally excluded from what the 20 percent enjoys: Is it better for a society to provide access of some kind to more people, or should a guarantee of absolute principles of net neutrality come first - regardless of whether it deters private initiative to provide free access? Only 19.2 percent of the Indian population has Internet access. This means accepting a tradeoff: even a limited form of access through initiatives like Free Basics is a better alternative to no access, especially given the size of the excluded population and how much is foregone by those on the wrong side of the digital divide. As long as Internet access is stuck at 20 percent, concerns of net neutrality that affect only this tiny minority seem horrendously elitist.

It is better to have the private sector invest in inclusion for core business reasons than for charity or CSR: Despite its size, India is not even among the top 10 e-commerce markets in the world; China's e-commerce market is 80 times as large. The country has tremendous headroom for growth. Given this context, it comes as little surprise that digital businesses -- Facebook, among others -- have the motivation to improve Internet awareness and access. In the Harvard Business Review, my co-author, Ravi Chaturvedi and I argue that India has one of the highest potentials for growth if the critical bottleneck of Internet access improves. Of 50 countries in our "Digital Planet" study, India is among the countries with the lowest Internet penetration rates; it has one of the highest mobile Internet gaps (difference between mobile phone owners and those with Internet access); and finally, it is one of the faster-moving countries in terms of the pace of its digital evolution overall. To an investor, this combination of factors would make India one of the most attractive markets - not just for Facebook, but for venture capital and private equity investors as well. In fact, we find that India has been among the top destinations for private equity investments in the digital space since 2011. Commercial interest - in Facebook's case, more users and, perhaps, future purchasers of products - is more reliable as a motivator than charity or CSR. Unless it is fulfills a government mandate, charity is not a reliably sustainable source of funding and is among the first part of the budget to be cut when belts need to be tightened.

Will Facebook corner the Internet? It can certainly be a gigantic absorber of the new user's time and attention. But, eventually, the value of what else is out there - even in a limited setting -- will draw out the curious. Some will even purchase full access as disposable incomes rise because of the mere awareness of the wider Internet. Past experience with giving people even limited awareness of the Internet and access to knowledge and productive tools that are contextually relevant ought to give us confidence that it is better to make a modest start than wait indefinitely for perfect solutions.

Zuck is taking on risk investing in India: While India's user base is large its current economic contribution is tiny. Facebook will generate $16.3 billion in worldwide advertising revenue in 2015, with India accounting for no more than a mere $122 million. Roughly half of the Indians with Internet access get online only via basic 2G phones, according to research group Convergency Catalyst. Whether Free Basics experiences meaningful adoption or whether it becomes an on-ramp to purchasing full-blown Internet access is still unclear; it will take quite some time for the company to see tangible financial returns from the initiative. I would expect that Facebook's approach to India is that it is investing for the longer-term. Meanwhile, back in Silicon Valley, it has also launched "2G Tuesdays," to give employees the experience of slow Internet connections, to help them understand the frustrations of 2G users and, perhaps, spark innovations in making the apps work faster. Personally, I am happy to see patient money being invested in an age where hot money rules.

In the meantime, public policy led initiatives are slow-moving and muddled: The government's Digital India is an ambitious grand plan with nine pillars and will be a painfully slow-moving process. The aim to provide publicly-run facilities for Common Service Centers for Internet access, at least one in every village, was first approved in 2006 and is still on a slow march. The mobile infrastructure is already inadequate. Before more people get on the Internet on their phones, more spectrum is needed.

In the meantime, the government has made some reactionary moves in terms of Internet freedoms. Proposals that would have empowered security agencies to monitor private chats on social media and mobile messaging services have mercifully been shelved. The policy was viewed as an infringement on the privacy of ordinary citizens and business confidentiality by mandating that online communication for social media and messaging apps like WhatsApp be stored in plain text for 90 days. The public alternative to private sector initiatives do not give us an enormous amount of confidence that the digital gap will be closed in the foreseeable future.

So if India is getting Zucked, I think it is a good thing. "It's incredible what people can build -- and what love can motivate us to build," Zuckerberg wrote on his Facebook page recently. He was writing, of course, about his visit to the Taj Mahal. Within 40 minutes of posting the obligatory picture of himself looking at the ultimate monument to love, the post received close to 150,000 likes and 5,000 comments. Hopefully, if not love, I do hope that Zuck gets a few likes for his other labors. I, personally, cannot do so; I am not on Facebook.

This article first appeared on www.huffingtonpost.com and is reproduced with permission.