A Framework for Justice 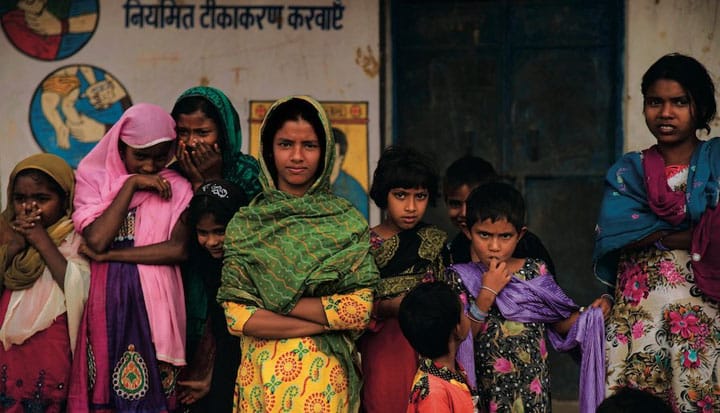 A Framework for Justice


From the program of the 2016 Skoll World Forum.

Justice is our north star. It provides the bearings to guide us through territory fraught with tests of character and will.

It steers us to ever more powerful solutions to the pressing problems of our time. It summons in us the courage and fortitude to tackle issues vital to a better future for humanity—from peace and human rights to education, health, economic opportunity, and environmental sustainability.

Today, those suffering most from the crises of our times are sounding a clarion call for justice. Government and business can and must do right by asylum seekers, the wrongly imprisoned, and victims of trafficking, violence, poverty, and climate change.

But to make enough of a difference, in time and at scale, we need social entrepreneurs and their solutions to point the way. Social entrepreneurs know that justice represents a human need as fundamental as food or shelter. Indeed, research shows that children as young as two or three recognize when a wrong has been done and instinctively seek to right it.

Still, there is no question that social entrepreneurs and those of us who partner with them confront formidable odds. We appreciate at a visceral level how entrenched and powerful forces of injustice create the conditions for most of what’s wrong in the world. It’s injustice that robs the poor of opportunities, displaces people from their homes, and consigns too many to lives of misery and hopelessness.

To create and strengthen the institutions on which a just society depends, instinct is insufficient. We must grapple with and grasp how injustice takes root and is sustained. This piece of the social entrepreneur’s discipline is pivotal to success.

In our book, Getting Beyond Better: How Social Entrepreneurship Works, Roger Martin and I discuss the role of this deep understanding. The very arc of the social entrepreneur’s journey begins as she or he realizes the existence of an unjust equilibrium and determines to make sense of it by engaging with its actors and their roles over the long term.

It is only through such an extended apprenticeship that social entrepreneurs come to appreciate the forces that sustain an unjust equilibrium at the same time that they abhor the resulting suffering. This perspective shifts the social entrepreneur’s vision from wishful thinking to active testing of a limited set of interventions: those with the potential to unleash a cascade of effects strong enough to shift a stubborn status quo.

It is their hunger for justice that fuels social entrepreneurs’ movement from insight to vision, from model-building to impact at scale. On a global level, we can also see this progression in play in the negotiations that produced the 17 Sustainable Development Goals (SDGs) adopted by the United Nations last year.

Working behind the scenes, social entrepreneurs from every part of the world and across every issue brought their knowledge and experiences to bear in this process. It’s telling that justice is threaded through just about all of the goals and targets. It’s also worth underscoring that Goal 16 specifically commits to achieving “access to justice for all” by focusing on peace, justice, and strong institutions.

The path has opened before us, and the work to build or strengthen those institutions—work essential to successful social entrepreneurship—has begun.

Taken together, the SDGs provide the scaffolding for a new and powerful framework for justice. They indicate not only that a far more just world can be achieved, but also point to how it can be created. Some have estimated that it will cost between $2 and 3 trillion each year to achieve the envisioned results by 2030—a big number on the face of it, but less than five percent of the global economy.

Do-able? The odds of success get better when social entrepreneurs are joined by business and government, by actors of good faith and common cause across sectors and geographies, and when all work together to craft lasting solutions to the toughest problems of our time.

But just as we have been careful to define social entrepreneurship precisely—avoiding the temptation to call any leader having or striving for impact on the world a “social entrepreneur”—we must also be precise in characterizing and addressing justice. Consider how often we reference “social” justice, as if there were any other kind! Justice is inherently “social” and inextricably linked to how a society functions, how it serves or betrays its principal responsibility to its citizens.

Yet, how we nurture justice, and measure its progress in different areas integral to healthy societies around the world, varies greatly.

We need a robust framework for justice to help us envision and create solutions capable of upending what’s wrong in the world by restoring what’s right. Only then can we move from the ideal to the realization of “justice for all.” We must learn both to abhor and appreciate the fundamental contradictions within our nature as human beings and in the societies we shape.

We must face squarely the paradox inherent in civilizations revered for their achievements—from ancient Egypt and its pyramids to a US democracy and the rights enshrined in its constitution—and come to terms with the dark side of societies that institutionalized slavery.

We need to determine how the world’s most economically advantaged nation also came to be its most punitive, incarcerating more than a quarter of the world’s prisoners. And we must also see the refugees driven to Europe’s shores as human beings fleeing victimization so they can take charge of their lives. Embracing such paradoxes helps us channel our “fierce compassion” to infuse an unerring sense of justice into the institutions that will ensure dignity and well-being for all human beings.

This article first appeared on Skoll and is reproduced with permission.