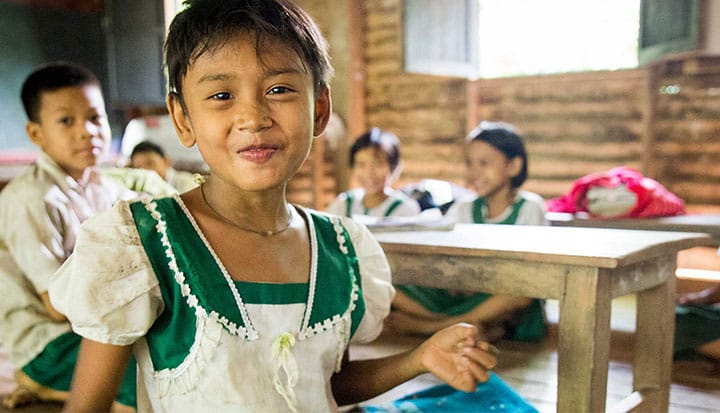 
Kicking off this week’s 13th Annual Skoll World Forum, we are pleased to announce the six recipients of the 2016 Skoll Award for Social Entrepreneurship.

The Skoll Awards distinguish transformative leaders whose organizations are disrupting the status quo, driving large-scale “equilibrium” change, and are poised to create even greater impact on the world.

This year’s Awardees are social entrepreneurs who have developed new solutions to stop gender-based violence; expose, end, and prevent conflict and human rights abuse; put the power of the law in the hands of the people living outside of its protection; free the unjustly imprisoned and reform the criminal justice system; and support health entrepreneurs who save lives door-to-door.

“The social entrepreneur is driven to challenge injustice,” said Jeff Skoll, Founder and Chairman of the Skoll Foundation.

“Empowering those who have the greatest stake in building a better life for themselves, their families, and their communities, social entrepreneurs instigate change where it is desperately needed. These six remarkable people give voice and agency to the voiceless and marginalized, and give us good reason to believe in a radically better future.”

The Skoll Award is not a lifetime achievement award. By investing in organizations when their innovations are ripe for accelerated and scaled adoption, the Awards help unleash the full global potential and reach of social entrepreneurs.

Awardees’ organizations receive $1.25 million core support investments to scale their work and increase their impact. The social entrepreneurs also gain leverage through their long-term participation in a global community of visionary leaders and innovators dedicated to solving some of the biggest global challenges of our time.

“Each 2016 Skoll Award recipient is guided by a profound commitment to justice and a deep sense of compassion,” said Sally Osberg, President and CEO of the Skoll Foundation.

“These social entrepreneurs know that injustice robs the disadvantaged of opportunities and hope, and that justice represents a human need as fundamental as food or shelter. It is their hunger for justice that has fueled their work to transform the lives of those who have been denied justice by building new systems and institutions to strengthen societies.”

Billions of people live outside the protection of the law. They can be driven from their land, extorted by officials, and intimidated by violence. Vivek Maru founded Namati to place the power of the law in the hands of the people. Namati trains and deploys grassroots legal advocates who work with communities to advance justice.

Together with its partners, Namati has supported more than 40,000 clients in eight countries to protect community lands, enforce environmental law, and secure basic rights to healthcare and citizenship. Drawing on data from thousands of cases, Namati advocates for improvements to policies and systems that affect millions of people. Namati brings together a global network of more than 500 groups dedicated to legal empowerment. Learn more about Namati.

Even as technology empowers anyone with a smartphone to be an international broadcaster, the world’s most vulnerable populations remain voiceless. Most of the remote places where human rights crises unfold are subject to censorship and communications blackouts, unreachable by traditional media.

Videre gives local activists equipment, training, and support to safely capture footage of human rights violations, and distributes this evidence strategically to influence media, political leaders, and courts. Its human rights defenders have exposed political intimidation, corruption, and violence. Perpetrators have been exposed and brought to trial, defenders of human rights operate more securely, and leaders who once incited violence have come to warn against it.Learn more about Videre.

Violence against women and girls is a largely unrecognized human rights abuse, affecting a third of the world’s female population. Policies and education are not enough to accomplish change in the face of deeply held cultural norms.

Breakthrough has reached 15 million people in rural communities and 350 million through its media campaigns. Breakthrough’s work has contributed to raising the average age of marriage by nearly a year in Bihar and Jharkhand, India. Learn more about Breakthrough.

The United States has the world’s highest incarceration rate, with nearly a third of young black men under some form of criminal justice control.

Seeking freedom for the unjustly imprisoned and reform of the system, Bryan Stevenson and Equal Justice Initiative (EJI) take a comprehensive approach. They start with research, share insights with key audiences, and litigate cases with potentially broad impact, building on a foundation of service to incarcerated people and marginalized communities.

EJI has won relief for hundreds of wrongfully convicted people (including 115 sentenced to death), successfully argued before the Supreme Court to end life-without-parole sentences for children, challenged excessive sentencing, and engaged the public in acknowledging injustices.Learn more about the Equal Justice Initiative.

This article first appeared on Skoll and is reproduced with permission.