A footprint of poverty in Kenyan fresh produce: Oxfam’s new report with IPL 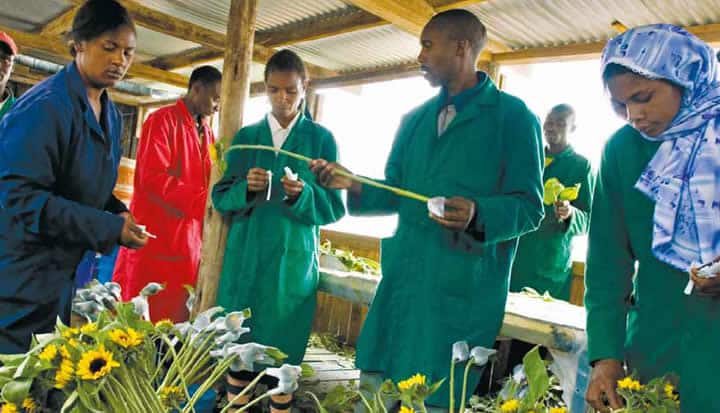 A footprint of poverty in Kenyan fresh produce: Oxfam’s new report with IPL

Click here for more stories about
Impact
Thursday May 23 2013


At Oxfam we firmly believe no business should gain a competitive advantage by undercutting competitors on social and environmental standards. With the right policies and practices, global food companies can be part of a ‘race to the top’, as our Behind the Brands campaign highlights. But they can also get it badly wrong and inflict substantial damage on the environment and the rights of workers, farmers and communities.

Oxfam developed our Poverty Footprint methodology to help companies understand the social impact they have and how they could make it more positive. We have just published our third report based on this tool; previous ones were with Unilever, published in 2005 and Coca Cola/SAB Miller published in 2011. Our latest study was conducted with IPL, the biggest importer of fresh produce into the UK, owned by ASDA, the UK’s second largest supermarket. Fresh produce is a sector with high development impact, as a large proportion is grown in developing countries.

IPL were about to start sourcing from Kenya when a chance meeting between IPL’s CEO, Nick Scrase and Oxfam’s Barbara Stocking led the company to embrace the structured approach offered by a Poverty Footprint to inform its sourcing strategy there. For Oxfam, doing a study in collaboration with a company gives us a better understanding of the changes needed to deliver sustainable pro-poor impacts. We hope the exercise will encourage IPL’s peers and competitors to be more open about their operations and the challenges they face, and help deliver significant positive change.

The study focused on the cut flowers and green beans sectors of Kenya, where export horticulture is one of the country’s major export earnings and - in a country with 25% unemployment and 50% under the poverty line - provides up to two million jobs. Researchers looked at the context in which businesses operate in Kenya, the players involved, the mechanisms for promoting industry standards, and the reality on the ground for workers and small-scale producers. The latter was achieved through over 400 interviews conducted in and around Nairobi, Lake Naivasha and Mount Kenya.

So what were the top-line findings? Overall, most workers and community members interviewed regarded the industry as beneficial. The three principal poverty impacts that were uncovered concerned the livelihoods of small-scale producers, the lack of empowerment of women, and standards of living for workers.

Small-scale producers growing for export were found to have higher living standards than most waged workers. For producers, the main barriers to sustainable livelihoods were found to be the high technical requirements, lack of order consistency, and lack of collective bargaining power when up against commercial buyers. Technical inputs and training were found to be rarely offered to women.

Significant variation was found in the quality of employment for women. Skilled workers in flower pack-houses could command good salaries and 20-30% of supervisors are female. But those found to be in the greatest ‘in-work poverty’ are also women, especially those with dependants but no male provider. 7 in 10 were found to be in precarious jobs, on low wages, often without access to good quality childcare. Low representation in the workplace was also a key factor, with only one national leader of the KPAWU trade union being female.

Some farm managers told us that wages on flower farms supplying members of the Ethical Trading Initiative are significantly higher than those supplying companies which have not adopted the ETI Base Code. Improvements in health and safety standards were also found, especially on larger farms, linked to high standards demanded by export customers, and normalisation of better practices in pesticide application. The study also found that Fairtrade brought various benefits to workers and local communities, including the provision of childcare centres through the use of the Fairtrade premium.

The sourcing practices of IPL and the wider sector were found to be a significant challenge to ensuring pro-poor impacts, particularly order inconsistency and tough price negotiation. Interviewing suppliers in Morocco, where IPL was sourcing at the time of the study, the researchers found removal of costs by IPL had not yet increased value to small-scale producers or workers.

Oxfam calculated that the cost of increasing wages to a Living Wage - estimated to be roughly 12,000 Kenyan shillings in the Nairobi area - would add just 5 pence to a bouquet of flowers and 2 pence to a packet of green beans. But to deliver this would require significant sector-wide change and regular increases in the minimum wage (such as the one announced this month).

One other interesting finding was that the greenhouse gas impact of growing flowers in Kenya and flying them to the UK was calculated to be much lower than growing them in the Netherlands and shipping them here.

The report includes a range of Oxfam recommendations to IPL and the wider sector and IPL’s own commitments to enhance the livelihoods of small-scale producers, the empowerment of women, and living standards for workers. Progress will be reviewed in two-three years’ time.

The study concluded that export horticulture in Kenya has enormous potential to contribute to poverty reduction and the achievement of development goals. This project is just the start of a journey towards a fresh produce industry that balances customers’ need for quality, affordable products with the rights of workers, producers and their communities to decent sustainable livelihoods, in a healthy environment.

One response to “A footprint of poverty in Kenyan fresh produce: Oxfam’s new report with IPL”