A Fair Hearing for Fairtrade 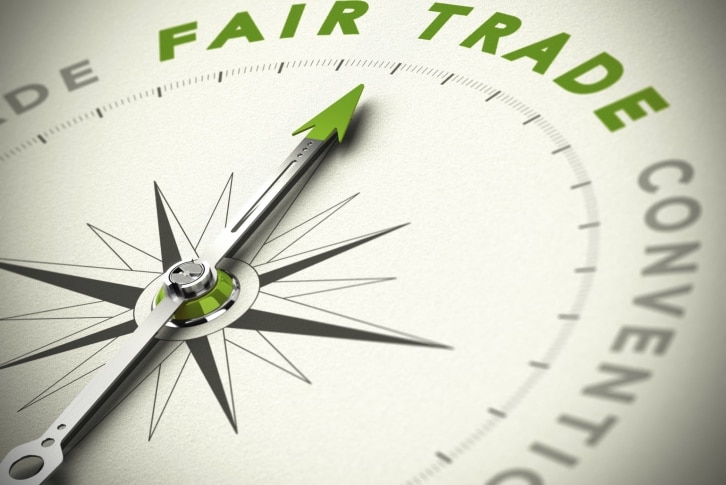 
Passions are running high among the defenders and detractors of Fairtrade. Sparked by a recent report by the right-wing economic think tank, the Institute of Economic Affairs (IEA), a long-running debate has be reignited (see the article by Simon Bowers on this site). A couple of years ago, the same thing happened when another right-wing body, the Adam Smith Institute, published a similarly scathing report. As in this earlier case, the Fairtrade Foundation has been quick to refute the report's claims, publishing a statement with their side of the argument.

It is a shame that the public debate is driven by right-wing critiques. The left versus right framing of the debate is unhelpful and distracting, and the emotion it generates is not conducive to serious discussion. You don't have to be a rightwinger to have concerns about Fairtrade or a leftwinger to love it.

I have met plenty of strong advocates for Fairtrade who have concerns with how it is working in practice, including from among participants at a series of events we ran in Africa earlier this year. These concerns, which we need to address head-on, include the cost to some smallholder farmers of certification, particularly where they are not part of the supply chain of a larger corporate that can help with the process. Standards applied in a one-size-fits-all way, across geographies and crops, have also proven difficult in practice. As one participant put it, "Fairtrade is key to value chain distribution of wealth – it is the implementation of it that needs managing".

At the same time, I have spoken to many advocates of free trade who also see the value of Fairtrade. Alan Duncan, a UK aid minister andfree trade advocate, spoke strongly in support earlier last month. For one thing, Fairtrade – like no other campaign – has brought the issue of international trade, along with the importance of an enterprise-driven (as opposed to charity-driven) approach to poverty reduction, into the shopping baskets and dinner table conversations of the general public in the UK. The Fairtrade Fortnight campaign apparently reached 1 in 2 adults, with "1 in 4 adults (11.5 million people) going to buy a Fairtrade product as a result of seeing or hearing about the campaign". That is a huge political support base for those working towards a fairer world trading system: if there is to be any hope in re-energising the Doha round of trade negotiations we need to harness and mobilise this public support.

Multinationals are increasingly recognising the powerful role they can play in tackling poverty through their core business operations (and donors are coming to recognise the role of big business too, as I argued in a previous blog). Fairtrade has proven a great way to catalyse this conversation, and is very often embedded in a broader strategy to increase development impact. Starbucks, cited in the IEA article, is the world's largest purchaser of Fairtrade coffee, but for them this is just one part of the story, with Starbucks partnering with organisations like Technoserve, Conservation International and Root Capital to help farmers increase the quality and yield of their crops. The result is very human success stories, like that of William Shao, a Tanzanian coffee farmer highlighted in an article by Patrick Collinson on this site.

A growing number of other companies are recognising the importance of applying the principles of fair trade (in some cases with other sustainability labels, such as Rainforest Alliance, or through their own programmes): responsible and transparent sourcing, building long-term relationships with suppliers and distributors, introducing more inclusive value chains and procurement processes that create opportunities for poor people. In short, perhaps the real power of Fairtrade lies in the principles that it represents, and that businesses are beginning to mainstream.

Fairtrade does make a very large and direct difference to the lives of farmers. An independent review of the impact of Fairtrade over the last ten years found "strong evidence that Fairtrade provides a favourable economic opportunity for smallholder farming families that are able to join farmer organisations and can provide products to market specification. A high proportion of the studies reviewed found higher returns and stable incomes as clear benefits enjoyed by many Fairtrade producers, [as well as] increased access to credit, increased self-esteem, benefits for the wider community and organisational capacity building".

No one in the fair trade movement would argue against the importance of global trade reforms that make it easier for developing countries to access the markets of rich ones and that remove the trade-distorting subsidies that the rich countries pay their farmers (You can listen to Fairtrade's Barbara Crowther speaking on the case...). Neither would they argue against the importance of increasing developing countries' capacity to trade both internationally and regionally, and to retain greater value adding activities within their own borders. The focus must surely be on mobilising the public support that Fairtrade has helped generate in support of these wider issues, while doing something tangible in the mean time.

Fairtrade is not, and does not claim to be, a panacea for ending poverty. It does make a direct difference to lives of the farmers it supports. But perhaps the real power of Fairtrade lies in its ability to raise awareness of the importance of trading fairly – among consumers, business and governments. And for this, all of us – on the left and right – should give it the praise it deserves.

This blog was previously published on Guardian and is reproduced with permission.