A boost for small retailers in Latin America 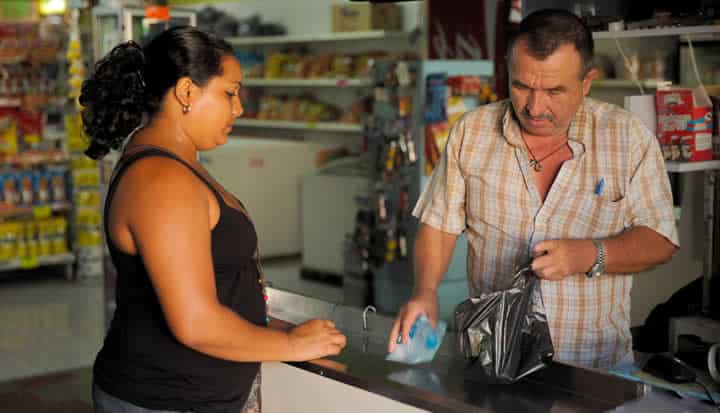 Whilst other parts of the world have struggled with economic uncertainty and – at best – stagnating growth, Latin Americans maintained steady levels of economic growth and financial resilience. This success is also reflected in other, developmental factors: in 2012 poverty fell to a 30-year low, and over the past decade 35 million additional jobs have been created whilst women’s share of the labour force has grown steadily. An emerging middle class accounts now for one third of the continent population and social gaps are slowly but consistently narrowing.

One way in which economic and social progress can be advanced is through the promotion, support and modernization of the entrepreneurship capabilities in the region. In Latin America, as in many developing regions, there are two distinct types of entrepreneurship. On one hand we have formal and dynamic small businesses with an appetite for innovation and growth, on the other, we have a vast sea of informal microbusinesses whose main purpose is to help people make ends meet.

The first type of entrepreneurship is often called “opportunity entrepreneurship”, and it is frequently the subject of media and academic discussion. The second is sometimes called “survival entrepreneurship” – it lacks the innovation or technological pull of its opportunistic counterpart and thus fails to draw the same level of attention and is often disregarded and perceived by some as a backwards step.

In SABMiller we know both types of entrepreneurship well and we are convinced that both play a critical role in the economic and social advancement of developing countries. Although we are a large company, most of our suppliers in the Latin America region are actually small and dynamic local businesses. We constantly invest in improving the competitiveness of our small suppliers because if they are successful, we are successful as well. In Colombia for example there is no larger program of support to opportunity entrepreneurs than the one run by Bavaria in its supply chain; more than 32.000 hours of training have been given to 500 small suppliers in the last five years, in areas such as procurement processes, strategic planning, financial management, ethics and corporate governance.

Alas, for too many in this region, being an entrepreneur is still about basic survival and not about pursuing a unique opportunity or innovation. Small retailers play a critical role in helping hundreds of thousands of families to escape poverty in one generation through their own efforts. We work with 780,000 customers: small retailers who operate very small stores or kiosks, selling our products amongst a wide range of other goods. Most of these retailers begin close to the poverty line, but we know that, in time, they manage to grow and become successful enough to send their kids to school, significantly improving their chances in life.

For many families, the ‘mom and pop shops’ of Latin America are an effective source of income, although slow vehicles of social progress. We have experience of developing social investment programs with the support of the Inter-American Development Bank, to empower these survival shopkeepers so that their families can break out of the cycle of poverty more quickly than before.

For example, in Colombia, Peru and other parts of Latin America, we have partnered with financial institutions to provide access to credit for shopkeepers (‘Tenderos’), who live in a dangerous and violent environment with the lowest levels of poverty, to help strengthen their businesses and increase their revenues, so improving their quality of life and that of their families while contributing to a more secure environment. In Colombia through this programme, more than 4,000 shopkeepers have benefited in two years with US$6 million made available in micro-credit financing.

Because of all of these reasons – the importance of survival entrepreneurs, their role within our business and the pivotal part played by entrepreneurship in social and economic development - we are very excited to announce that, based on this experience and with the support of the IDB we have decided to replicate and expand our work.. The new Tenderos programme initiative will include 40,000 shopkeepers, who account for 10% of all ‘survival’ shopkeepers, across six Latin American countries, benefitting close to 2 million people in total. The shopkeepers will have the opportunity to develop their skills and competencies to improve the sustainability of their businesses, the quality of life of their families and contribute to improving the welfare and development of communities in which they live.

The program will serve as a model of poverty alleviation and social inclusion and will also act as an instrument for broader social change; particularly when one considers the leadership potential of the women retailers we will reach and their ability to influence change within their communities.

As I said at the beginning, Latin America has been a significant success in recent years and we’re proud to have played a role in that success. We hope the Tenderos programme will help to sustain growth and development, and be an important part of the next chapter in Latin America’s success story.

Every year SABMiller commits millions of dollars to supporting entrepreneurship projects in many of its markets, last year spending a total of $4.7MM. Through their projects, they aim to create the support networks that micro and small enterprises need to survive and thrive. This ranges from start-up grants and access to microfinance, to mentoring and training.

SABMiller is bringing all of these initiatives together under the umbrella of the SABMiller Entrepreneurship Platform, which seeks to highlight best practice, share success and demonstrate the business case for supporting small businesses in our communities and value chains. The platform will also focus on SABMiller’s progressive ecosystem approach towards entrepreneurship and the impact it has around the world.