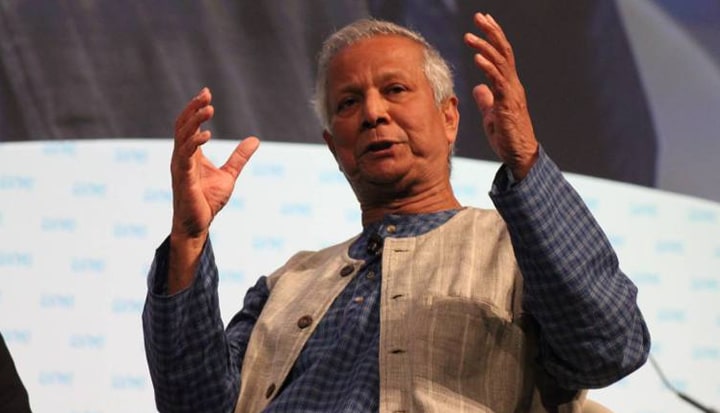 
It is unlikely that the 15-year-old Muhammad Yunus, who visited North America on a Boy Scout trip a half century ago, ever imagined returning 57 years later to receive the United States Congressional Gold Medal.

He was awarded such an accolade earlier this year because he’s had a profound influence on the way the world does business. So what can we learn from him? Here are five things that social entrepreneurs and changemakers can take from his life and work…

The importance of empathy:

Empathy is the ability to understand the feelings and perspectives of others, and to use that understanding to guide one’s actions. This skill is even more important in our modern world where we’re exposed to so much new information, people and places every day.

Yet, despite this, as Yunus found through his life – we humans are the same more than we are different. Empathy is key to making these human connections and finding powerful solutions to social challenges.

Embrace failure, stick to your guns:

Another universal quality among successful social entrepreneurs is to dare to dream differently.

In a recent New York Times interview, Yunus states that despite having being unsure if his work would make him successful or not, he was never afraid of failure. “I jumped at what I felt was right,” he said. “And the whole world was telling me that it won’t work. It’s a utopian idea; it won’t survive long. But I didn’t listen to them. I listened to myself. That I think is very important. And I stayed on my course.”

Connect with where you are:

A deep understanding of a particular place or culture gives a social entrepreneur an almost spiritual association to their work. Yunus spent his early childhood in the village of one of the poorest nations in the world, but always remained loyal and rooted in his concern for the Bangladeshi people.

For example, during the Bangladesh Liberation War in 1972, he founded a citizen’s committee, ran the Bangladesh Information Center, and published the Bangladesh Newsletter alongside his role as assistant professor of economics at the Middle Tennessee State University.

Bill Drayton (Ashoka Founder and CEO) famously said, ‘Social Entrepreneurs are not content to teach a man to fish.They will not rest until they have revolutionised the fishing industry.' Yunus’ desire to alleviate poverty was and is on a structural level, through the development of microcredit and microfinance. “Poverty is not created by poor people; it is created by failure of institutions.” He convinced local banks to make loans to underserved populations – a systemic shake-up which could have a transformative impact on a poor person’s life. The Grameen Bank he founded has now gone on to work in areas from agriculture to communications.

Step up to leadership:

Perhaps this is an obvious point, but what makes Yunus a truly exceptional social entrepreneur is that he is a true leader—a master craftsman whose work shifts mindsets about the global fight against poverty. Not only has he carved out a path for social business, but he offers guidance to those hoping to follow in his footsteps. He is able to help us vision a positive future and help us find a path to get there.

What other skills or beliefs do you think are important for social entrepreneurs?

2 responses to “5 Things Changemakers Can Learn From Muhammad Yunus”