10 Trends That Should Be on Your Board’s Radar 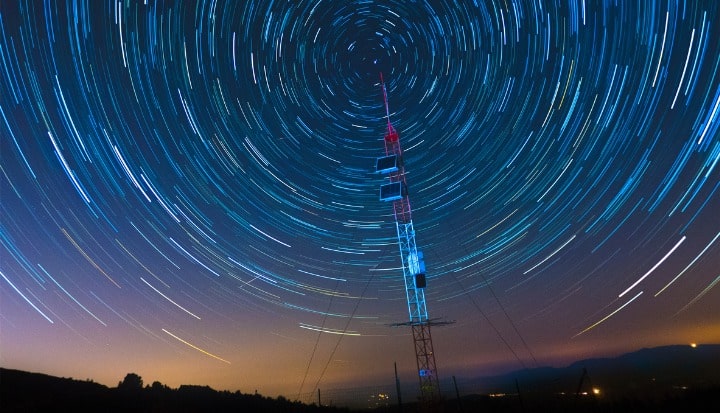 I have vivid memories, from the years I spent working on social impact in-house for big business, of scrambling for Board or Exec report around this time. ‘Please summarise the key social impact trends and the effects on business’, was the exam question. This year, I thought I would do the same for you. Feel free to borrow, comment and add your own.


Ten things that caught my attention on the topic of business and social impact:

1.Climate change goes social: Global CEOs rank it as the biggest threat to business. But it has taken Greta Thunberg leading six million people to strike for the climate on one day to generate a feeling of real action. The global call for climate action has seen the rise of  Extinction Rebellion; mass employee walkouts over corporate inaction and 1,020 jurisdictions in 19 countries declaring a climate emergency. Regardless of national government inertia, what actions can business take to meet the expectations of society in tackling this critical issue?

2. The ‘Purpose Paradigm’: Solution or Scam? v.s. The rise of Authentic Business Purpose. 2019 got off to a rocky start for business purpose with Anand Giridharadas’s book, "Winners Take All", gathering traction, which questioned the ability of business people to do anything but line their pockets. A steady momentum built through 2019 rejecting this pessimistic view, with 181 CEOs committing to lead their businesses for the benefit of all stakeholders, others steering their businesses to truly deliver shared value, and some joining the Business Fights Poverty Challenge to truly understand what it takes to deliver authentic business purpose. You can learn more about this Challenge and get involved by subscribing on the Business Fights Poverty website (see footnote for website address).

3. Fake news, allegations of international meddling in elections and the persecution of professional journalists. We are just beginning to understand the impacts of misleading news. Questions over who you can trust and how easily voters can be manipulated are set to rise, with the issue perhaps risking all that liberal democracy represents. Whilst social media platforms wrestle with the problem, courageous journalists are attacked, imprisoned or killed for exposing the truth.  Businesses – whatever their size – are threatened by fake news much in the same way as governments. It is becoming increasingly important to understand how to mitigate against and proactively engage with fake news, as well as plan for the consequences of voter manipulation.

4. Women’s rights move from hashtag to law. It’s two years since #MeToo started and Harvey Weinstein won’t face criminal trial until 2020, but the focus on gender equality is still strong. There is now a legally binding convention aimed at ending gender based violence and harassment in the world of work.  The gender pay gap has narrowed a smidgen, but is still embarrassingly large in most sectors, particularly if you are over 40. The EU commission has elected its first female president. Nevertheless, globally gender equality is disappointing and businesses are missing out.

5. Modern-day slavery is alive and kicking. 39 Vietnamese people found dead in a UK lorry brought modern slavery back to the headlines this year. The UN estimates 40.3 million people globally are living in slavery, with three-quarters “hidden” in global supply chains. Businesses are taking action, but the latest report suggests that 50% of companies are failing on their human rights responsibilities. Do watch for new legislation in 2020 as the EU is pressured to adopt business requirements in the fight against modern slavery.

6. Are we at peak plastic? David Attenborough’s narration as a sperm whale attempted to eat a discarded plastic bucket during Blue Planet II jolted the world. 2019 saw a continuation of global commitments to radically transform the plastics economy: over 400 companies have signed up to the New Plastics Economy; 25 investment organisations representing US$4 trillion are pushing for a circular plastics economy; whilst India has introduced a nationwide ban of single-use plastic. The question – how do we create behaviour change across the value chain to ensure this makes a lasting global difference?

7. Where you come from matters. In a year when Trump told four congresswomen to go back to where they came from, and 95% fewer EU migrant workers came to the UK, in part thanks to Brexit – the trend of anti-immigrant rhetoric seems likely to continue. Economic sense on migration is standing in contrast with the fear of unchecked immigration in national conversations. How will your business be affected by anti-immigration sentiment in 2020?

8. One step forward in LGBTQ+ equality, many steps back. Botswana scraps the law banning gay sex, the UK formalises the teaching of LGBTQ+ in schools, and suicide rates fall by 46% in Sweden and Denmark attributed to openness around matters affecting the LGBTQ+ community. However, 80 countries still determine that being gay is illegal, six carrying the death penalty, whilst 331 trans people were killed for the way they are in 2019. This continues to be a tricky balancing act for multinational businesses as they balance their international activities with their human rights values.

9. Mental health and wellbeing are the talk of the town. Depression and anxiety cost our global economy an estimated US$1 trillion per year. 64% of senior business people suffer from mental health issues. The good news: governments, business and civil society are increasingly talking about it. New Zealand has passed the world’s first ‘wellbeing budget’; the UK’s Royal Family launched their campaign ‘Every Mind Matters;’ whilst in Japan, China and Malaysia, significant start-up technology and advertising activities are pushing for more emotional support.

10. The rise of the vegan. Approx 0.4 % of people in the US declared themselves as vegan in 2015, but by late 2018, 25% of 25-34 years olds in the US identified as vegan or vegetarian. Vegan junk food, vegan supermarket aisles and vegan restaurants are increasingly prevalent, and even the Terminator himself, Arnold Schwarzenneger, is extolling the virtues of a plant-based diet. Though a North American and European trend, it will have knock-on effects to global supply chains and to local farmers, if there really is a mass movement behind it.

Of course there are issues that businesses will be facing that aren’t on this short list of ten, whether the growing economic inequality; living wages; the accelerating shift in electric vehicles and their infrastructure; pollution; biodiversity; bribery and corruption. The list goes on.

I would therefore love to hear your thoughts on these issues. Which you are most concerned about, which you disagree with? So please do get in touch. You can do so, simply by emailing [email protected].