Youth Innovations for Employment in Africa 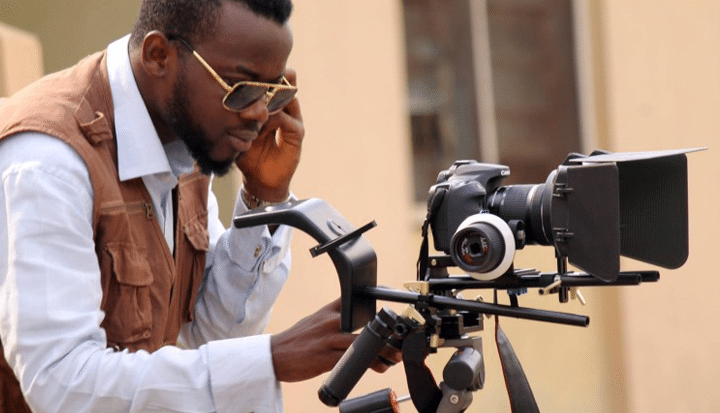 Youth Innovations for Employment in Africa


“As an entrepreneur, there is the tendency to think that money is what gets things done,” said Olumide Adeleye, the founder of the Twim Academy in Ibadan, Nigeria, a school of media and creative arts. He has a different take on what’s required when starting a business—he launched his as a first-year college student, with $10.

“[The key to success] is just being creative,” he said. “If I had a lot of money, perhaps I would have wasted it on publicity. But by having just $10—I didn’t have more than that—I had to force myself to think of other ways of reaching my audience.”

As a freshman at the University of Agriculture in Abeokuta, Nigeria, Adeleye realized that “everybody has a need.” His peers were desperate to improve their IT and computer skills, including website design, but weren’t sure how to do so. The university couldn’t satisfy their requests, he said, so he decided to launch his own training program. Everyone he talked to was excited to participate.

But on the day of the first session, nobody showed up. He pushed back the start date and focused on outreach. “I printed bills [to advertise], I spent about $10, and distributed them,” Adeleye said. “Still, nobody signed up for it, nobody registered, nobody paid, nobody showed up.”

He was discouraged, but not defeated. He was confident his training program would work. Adeleye, persuaded by a friend, decided to pitch his program to a local church group. “I told my story in five minutes. By the end of the day, three people had registered,” he said. “Guess what? By the end of the week, I had about 43 people registered for the training.” Next , he convinced the owner of a community center to let him host his trainings in the space—free of charge.

He was in business.

“I learned also that you don’t need to be very old to command respect. I was teaching at the level of 101 courses and the people I was teaching were mostly fresh graduates of the school or outgoing graduates, and even though I was only a freshman, they came, they listened to me, and obeyed my instructions,” Adeleye said.

“I learned also you have to add value to people—when you add value they will come back again.”

Twim Academy today offers much more than basic computer skills. Students, typically young people between 18 and 35, can also take courses in photography, video production and visual effects. Teenageers and working-class parents looking to pick up new, hirable skills learn in groups, under the supervision of Twim Academy instructors, with hands-on learning opportunities in the school’s photography and video studios.

“What we try to do is ensure that we operate first and foremost as a school and then, secondarily, as a studio. Our students get to work on whatever project we’re working on. They can go in anytime and get to use our equipment and that gives them practical experience,” Adeleye said, “so at the end of the day they can operate it themselves.”

Twim Academy offers six-week certificate-level courses as well as diploma courses completed over six months. Real skills, fast, in a country with more than 60 million unemployed young people. The youth unemployment rate in Nigeria is over 50 percent, more than twice the rate of the rate for the general population (24%).

“The notion commonly sold here is that everybody has to go through university before they can be successful. And I think that’s wrong,” Adeleye said. “University education is very important, but I think also that, considering our population, considering the unemployment rates, we really need to encourage vocational education.

“Students either want to be making money or in school. We try to work with that limitation as much as possible—we try to keep the courses short and straight to the point. Everything is planned. We can’t afford to waste days or waste time.”

Adeleye urges young people to follow their dreams, even if, early on, they can’t see the full potential of their ideas—and helping them along the path with guidance and professional development. Some of his graduates have gone on to become professional photographers, others follow in Adeleye’s footsteps and launch their own media companies.

“The focus is not the money, the focus is always the impact,” he said. “When we put impact first, money can follow.

Olumide Adeleye’s Twim Academy is an early entry winner in The MasterCard Foundation and Ashoka’s “Future Forward: Youth Innovations for Employment in Africa Challenge.” The final winners of the Challenge will participate in the Changemakers Day to kick off the Globalizer Summit​ on Youth Employment in Africa in Cape Town, South Africa, on February 12. Submit a request to attend and follow #AfricaYouthFwd for more lessons and insights on innovation in youth employment. Join the #AfricaYouthFwd twitter chat on January 28 and February 25 at 9:30 a.m. ET.