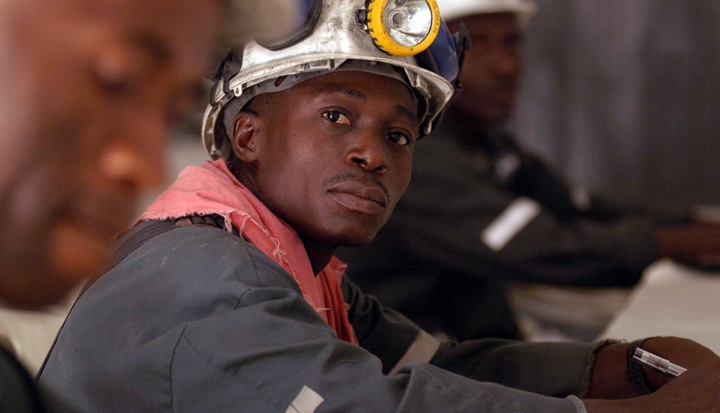 
In a film, Gold for Health: Ghana Spotlight, released today, the World Gold Council is highlighting the role gold, and the gold mining industry, can play in the prevention of diseases such as malaria.

The World Gold Council is the market development organisation for the gold industry, and our members are 21 of the world’s most forward-thinking gold mining companies. As part of our work to publicise and advance the use of gold-based technologies, the World Gold Council has become increasingly involved in the development of new gold-based diagnostics via a number of partnerships with leading universities and companies worldwide.

Our member companies are also working hard to tackle malaria on the ground in the regions where they operate. In Ghana, for example, five World Gold Council members (Kinross, AngloGold Ashanti, Goldfields, Newmont and Golden Star Resources), are producing gold, and run healthcare programmes which benefit miners, their families and communities more widely. Some malaria-specific examples include:

In 2006 AngloGold Ashanti launched an Indoor Residual Spraying (IRS) programme in houses, hospitals, orphanages and other buildings aimed at reducing malaria by 50% in the municipal district of Obuasi, which is home to one of the company's largest gold mining operations in Ghana. In two years the rate of malaria in the local population fell by 72%, well above the 50% initially targetted. Thanks to this success, AngloGold Ashanti together with the Ghanaian government received, in 2009, a US$133 million grant from The Global Fund to roll out their integrated malaria control programme across 40 districts in the country over a five-year period. The programme is expected to protect 4.6 million people from malaria and generate around 3,500 jobs in Ghana by December 2015.

Established in May 2008, The Newmont Ahafo Development Foundation is based on a foundation agreement between Newmont Ghana Gold Limited and the Ahafo Social Responsibility Forum. The Foundation works to support community development programmes in the area of the Ahafo Mines’ operations. The Foundation’s Malaria Workplace Programme is a proactive effort in disease control comprising of initiatives such as indoor residual spraying and the distribution of long lasting bed nets to both the workforce and communities in and around Ahafo. This initiative is also backed by an educational campaign focussing on prevention and treatment.

Kinross’s Chirano Malaria Control Program (CMCP) covers the mine site and the nearby 13 communities in the Bibiani-Anhwiaso-Bekwai and the Sefwi Wiawso districts of Ghana. The CMCP is a collaborative initiative by Vector Control Consult Ltd. in partnership with the Noguchi Memorial Institute of Medical Research, the district assemblies and district health management teams of Sefwi Wiawso and Bibiani-Anhwiaso-Bekwai, the Ghana Education Service, and the National Malaria Control Program. Since 2009, Kinross has invested $5.6 million in the integrated malaria control program, with $3.5 million to finance infrastructure and $0.7 million in annual operating costs.

Malaria is a disease that severely affects mining communities and is often reported as a significant challenge to mining operations, keeping affected employees away from work for extended periods of time. By tackling the disease head on, with integrated programmes such as those described in this film, it is clear that everyone benefits. Workers fall ill less often, meaning improved productivity and lowered costs associated with diagnosis and treatment. Their families and the communities at large are also healthier, leading to lower absenteeism from schools and places of work. It is a win-win situation for all, as gold miners in Ghana are showing.