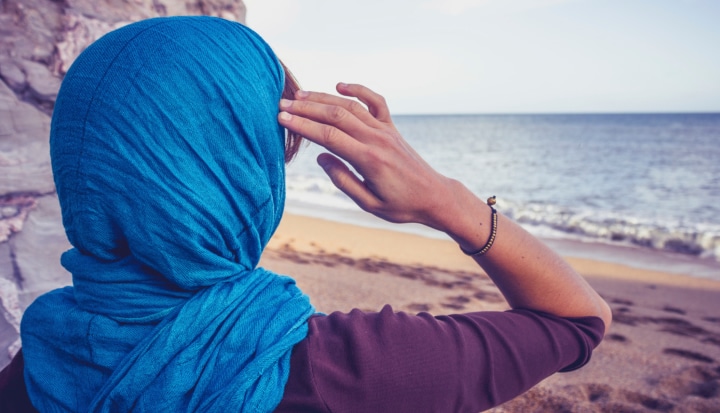 
“Women are not making it to the top of any profession anywhere in the world – the numbers tell the story quite clearly,” says Facebook COO Sheryl Sandberg in her 2010 TEDx Talk. Sandberg’s advice to women in her New York Times bestseller, “Lean In,” is relevant across the globe: less than half of working-age women worldwide are employed, they are paid less on average than men for the same work, and the chances of rising to the top of a Fortune 500 company are not in a woman’s favor. This is a huge loss given that investing in women’s employment offers a multiplier effect for society: better health and education outcomes, societal resilience, reinvestment in communities, and national prosperity.

While Sandberg caveats much of the underlying premise that women need to “lean in” and lead in order to succeed, there is a tone of universality (at least for developed countries with highly educated populations)—you can advance and rise to the top if you give yourself enough permission, whether it’s becoming CEO or a successful tech entrepreneur. According to Sandberg, too few women are making it to the top, and she cites the socialization of gender roles (little boys are encouraged to be more aggressive) and the likability factor (women tend to be “liked less” the more successful they are) as some of the primary reasons.

This rings especially true in the Arab World’s Gulf States (known collectively as the Gulf Cooperation Council or GCC), where in many countries, women represent a more educated talent pool than the rest of the population, based on university graduation rates. While overall unemployment and underemployment in the region is high, GCC women are disproportionately affected when compared to their male counterparts. Women and men in the UK or Singapore, for example, deal with similar (if not identical) unemployment rates. But in Saudi Arabia or Qatar, women are more than three times as likely as men to be unemployed.

From a cultural standpoint, many GCC women struggle especially hard to push back against convention, or workplace expectations. “There is the expectation for the women to be the nurturers and still look after the kids, regardless of whether or not they are part of the workforce,” said Al Olaimy, social entrepreneur and co-founder of 3BL Associates in Bahrain.

But even those who are willing to lean in may be stymied by the need for institutional-level change that would allow women to participate in the workforce and ensure that they have equal access to get to the top of any sector. Leaning alone cannot overcome structural and cultural challenges, but it can be a way to close the gaps in women’s economic participation. The region, as a result, would have a great opportunity for increased economic growth, filling the needs of a growing labor force, which will increase by 70 percent over the next few decades, according to the World Bank’s most recent projections.

Who is the Arab Sheryl Sandberg?

Many women across the GCC are already making their voices heard, leaning in far enough to reach boardrooms, helping them break new ground in the workplace. But leaning in is not that simple as it may seem—oftentimes a hard fought internal battle.

“The biggest battle that I have fought as a woman in society is with myself—much more than with external factors,” said Al Olaimy.

For Al Olaimy, the power of self-permission became clear a few years ago when she was speaking on a panel for International Women’s Day hosted by a management consulting firm. An all-women’s group of panelists was asked, “Do you question whether or not you deserve to be in your position?” Then the discussion began–almost every woman revealed that she woke up asking herself if she deserved what she had accomplished professionally, barring one Saudi woman from Aramco. She said, “I wake up every morning thinking I deserve a raise and that I should be the CEO.” In a fight against a society that poses many logistical challenges to women’s labor advancement, includingdriving restrictions in Saudi Arabia or a lack of anti-discrimination laws, confidence is a core piece of the foundation for change.

For Hazami Barmada, the founder of Al-Mubadarah: Arab Empowerment Initiative and the social media campaign #MyArabWorld, waiting for leaders or institutions to come to the rescue is a major challenge she identifies in the region.

“We talk a lot about hard and technical skills, and while they are important, we need to focus more on nurturing the entrepreneurs and giving them an environment to succeed,” said Barmada.

However, in many cases, the Gulf States actually create the type of supportive work environment that Barmada alludes to. “It can oftentimes be easier to be a woman in the workforce in the Middle East than in the Western world, as odd as it sounds,” said Moniza Khokhar, the founder of Elan Magazine. “The importance of family and work-life balance is a core part of the culture, so it becomes easier for both men and women to be better parents and spouses.”

Leaning in by pulling up

Women like Al Olaimy, Barmada, and Khokar are definitely leaning in—so why don’t we hear more about them?

“When people discuss these gender stereotypes of submissive Arab women, it just doesn’t add up in my experiences,” said Khokhar when asked about how women across the Arab World are portrayed in the news and media. “The GCC women who I have met in the for-profit sector have been investment bankers, CEOs, businesswomen—they are some of the fiercest women I have met to date, and I have lived in Manhattan for a majority of my life,.”

It’s true. There is currently a higher percentage of women entrepreneurscoming out of the Middle East, and “leaning in,” than there are from Sheryl Sandberg’s Silicon Valley. Despite living in a patriarchal society, Arab women from the Gulf States and beyond have persevered. That becomes clear with a quick glance at the list of “100 Most Powerful Women in the Arab World.”

It’s time to highlight more and more of these women, celebrating business women, CEOs, and senior-level government officials as female role models. To reflect the need for this changing paradigm, Barmada launched the MENA+ Social Good Summit in October of 2013 to host a broad range of online and offline conversations around entrepreneurship and innovation trends in the MENA region. “It was clear that people are hungry for constructive and positive news,” said Barmada. “They are tired of hearing about what they cannot do.”

Given the host of challenges that women in the region face, leaning in should become what Barbara McAllister, the director of global strategic initiatives at Intel Foundation, calls “pulling up.”

“Women need more than just individual leaning in—they need sponsors, mentors, and people at the top who are also willing to pull them up,” she said. “The truth is, it’s difficult to get there by yourself.”

The bottom line is that all women, in the GCC and beyond, need support, regardless of the context, the culture, and the economic status. Positive reinforcement and self-permission together are not a panacea to overcome institutional-level challenges, but offer a step towards opening up new possibilities and new systems—ones where women not only have the choice to participate in the economy and the job market, but have equal access to succeed in every sector.

This blog was previously published on Forbes and is reproduced with permission.

If you like these innovations, you can get a more in-depth perspective by visiting the General Electric and Ashoka Changemakers Women Powering Work competition page, and by checking out discovery framework and changemaking toolkit.

Follow the #womenWork hashtag on Twitter to get the latest trends about women’s economic equality in MENA.