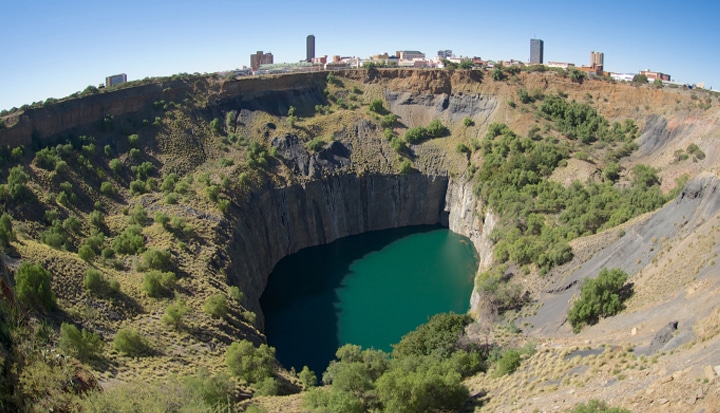 
By the time the movie Blood Diamond appeared in 2006, the diamond wars in Sierra Leone, Congo and Angola were over, and after herculean efforts on the part of governments, industry and civil society, the Kimberley Process was up and running. To dredge up old history and to use that term–“blood”–seemed like an unfair and unwarranted exercise in sensationalism. Many in the industry were understandably concerned.

It was a reminder, however, of two things. First, that diamonds had fuelled some of Africa’s most horrific conflicts, a phenomenon made possible not just because of warlords, but because governments and industry had long ignored the simmering problems of unchecked smuggling, false invoicing and the behaviour of bottom feeders in the dark places of an unregulated business. The second is that you never know what screenwriters, journalists, editors and PhD students are going to come up with, but you close your doors to them at your peril.

There was much to criticize in Blood Diamond. Oddly, the filmmakers went to great lengths for accuracy in some areas, using computer graphics to create mountains behind the “Freetown” beach scenes that were shot in mountain-less Mozambique. Then they showed, quite incorrectly, that the United States led in the creation of the Kimberley Process.

Now, nine years later, we have a Time Magazine cover story with the same title, “Blood Diamonds”. While many KP participants have expressed dismay and even anger at the title and some of the article’s contents, it might be useful to step back and consider the substance of what the article says.

It makes two major points. First, the KP is not working. There is no credible chain of custody in the DRC, for example, a failing noted by repeated KP review visits and never adequately addressed. This problem is far from unique to the DRC. The 2013 suspension of Central African Republic did not halt the flow of conflict diamonds from that unhappy country. The narrow KP definition of a conflict diamond, the subject of endless internal debate, is given the criticism it deserves.

These are issues that KP participants are well aware of, issues the KP has simply not addressed, except by ignoring or rejecting them. The KP, a remarkable child at its birth, has been stuck in 2003 for almost 13 years, unable to advance, its members unwilling to do the only thing it was designed for: to end violence by regulating the international trade in rough diamonds. Regulation is not about celebrating what works. It is about dealing quickly and effectively with what does not. It is hardly surprising that a journalist would see a story in this, or that her editor would draw additional attention by giving it a sensational title.

The second point is about diamonds produced by artisanal miners, working for almost nothing under dirty, dangerous conditions. I can’t see anything to criticize in this part of the story. DDI was created to deal with this issue. We have had support from institutional donors, African governments and companies across the spectrum of the industry, large and small, from mining to retail. We are learning a lot and we know that many seemingly intractable problems in this area can be fixed. As Chair of the Diamond Development Initiative board of directors, however, I am struck by the challenges DDI has in raising what is essentially a very small budget to deal with problems that are large, longstanding, well known, and upon which the fate of so many industry stakeholders—poor and rich alike—depends.

If this sounds like a thinly disguised pitch for more support, let me remove any pretense of a disguise. DDI does need more support—lots more. If we haven’t adequately explained why our work is important, Time Magazine has, simply by giving names and faces and stories to the people who mine diamonds in this way.

I would like to be able to invite Time Magazine to return to this story in five years. I would like to see a story in 2020 that describes how artisanal diamond miners are emerging from poverty with a genuine stake in an industry that provides safe livelihoods and a secure environment for their families. This can be done. I would like the story to say that the Kimberley Process has created effective supply chains and a transparent regulatory system, and that it takes a zero-tolerance attitude to all forms of violence. This too can be done.

I would propose that this article be called, “Development Diamonds”.

Ian Smillie, who Chairs the DDI Board of Directors, worked on the creation of the Kimberley Process and is the author of Diamonds and Blood on the Stone.