Why I’m Optimistic About Climate Change 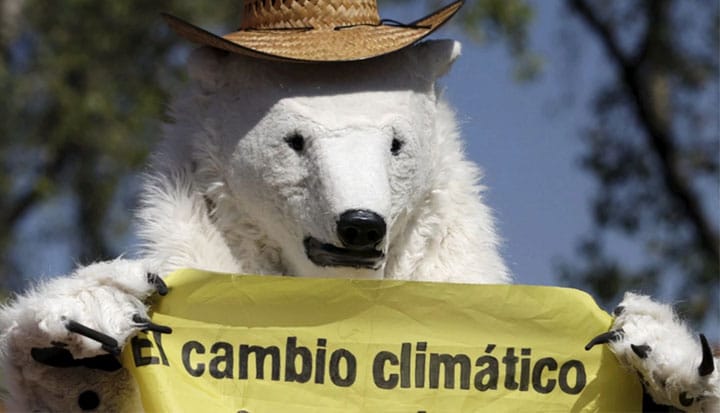 Why I’m Optimistic About Climate Change


Only a few days into the UN climate summit, and it is already time to sing the Paris blues. The path to Paris was, unfortunately, paved with pessimism and imperfect accords: Rio, Kyoto, Copenhagen. In the meantime, carbon dioxide in the air has increased, raising the world’s average temperature by one degree Celsius relative to pre-industrial times.

Looking ahead, the forecast calls for overcast skies. A Paris climate deal is already framed by an impossible goal: a maximum of 2 degrees Celsius, the collective target for warming set by the 2009 Copenhagen Accord. The concern is that increases beyond this could amplify the many negative effects of climate change: a decline of crop yields, famines, extreme weather events with greater frequency, the break-up of the major ice sheets in Greenland and in Antarctica and locking-in rises in sea levels by at least 20 feet.

Even if countries keep to their commitments anticipated in Paris, warming will exceed the 2 degree Celsius cap during this century; to make matters worse, the commitments are voluntary and are, thus, vulnerable to political and economic realities back home.

With this much pessimism in Paris, should we just give up already? On the contrary, the impossibility of the mission should be the springboard for the innovator. When high level, non-binding deals made by governments are failing, it is the perfect moment to turn to enlightened self-interest aggregated from the ground up.

I see three reasons for optimism – and not relying on those top-down deals alone:

The Paris summit prompted Bill Gates and a group of about 30 successful innovators to announce the Breakthrough Energy Coalition and a fund: the goal is to provide seed, angel and Series A investments in early-stage green technology innovations, with the expectation that “once these investments are de-risked, traditional commercial capital will invest in the later stages.” The coalition doesn’t ignore governments but coordinates with a group of 20 participating countries that focus state R&D investments on scalable, locally implementable and transformational green technology innovations.

2. Motivated corporations sustaining their own futures

Paris prompted the seven companies that are among the world’s biggest users of cotton to put out a joint declaration of support for a climate deal. With big apparel companies such as Levi’s, H&M, Gap, Eileen Fisher and VF Corp., whose future cotton supplies are jeopardized by the effects of climate change, such support is completely understandable and compatible with their business needs. VF Corp. alone buys roughly 1 percent of the world’s cotton.

Companies are going even further in integrating climate change into their business models. When we met with Paul Polman, CEO of Unilever, earlier this year at a conference on sustainable and inclusive business I organized along with Citi Foundation, he noted that “companies are the first to see the costs of climate change” pointing to the droughts in Sao Paulo, Brazil, and in California as critical challenges to Unilever’s businesses. His company was approaching the climate change challenge as a window of business opportunity — using adversity as inspiration for new product lines and business models. For Unilever, this has meant development of waterless shampoos to ice creams that can withstand above-freezing temperatures. “It’s too late to be a pessimist,” Polman said.

We also spoke with Amory Lovins, the co-founder of the Rocky Mountain Institute, at our conference. He has been at the nexus of the core innovations in integrative design and super-efficient buildings and vehicles, among other green breakthroughs. In his book and visionary blueprint for running a 158 percent-bigger U.S. economy in 2050, with no oil, coal or nuclear energy.,Reinventing Fire, Lovins argues that a $4.5-trillion investment would save $9.5 trillion, for a (2010-net-present-valued) saving of $5 trillion during 2010–2050. In addition, many key risks to businesses, the economy, and national security would be mitigated, and there would be health, productivity and competitiveness benefits.

Lovins’s vision forces one to imagine the seemingly impossible. His approach may be the converse of the approach of Gates & Co; Lovins does not feel new technologies are the key. He feels, the key barrier to success is not inadequate technologies but tardy adoption. He incites us to have the courage to imagine and capture the opportunities and available alternatives in front of us. “So the revolution is already happening – sorry, if you missed it,” he said.

The impossible goal might well be the best first step to force us to think of what is possible through innovation. Far from singing the Paris blues, this might be a good time to say: Paris, je t’aime. And we know the city can do with some love right now.

This article first appeared on www.washingtonpost.com and is reproduced with permission.