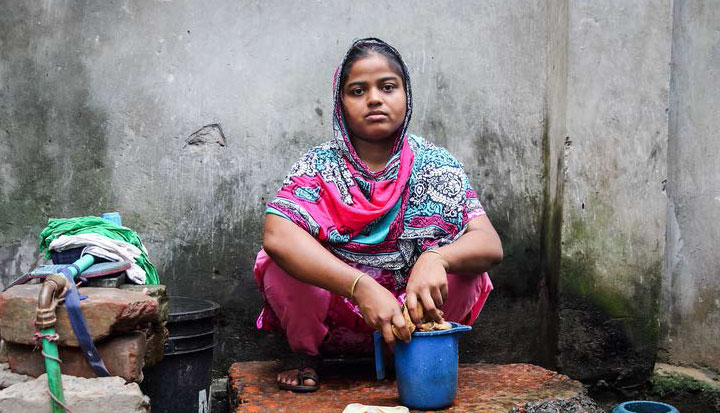 
Through Oxfam's work fighting poverty around the world, we see the devastating impact that not having basic services like clean water and healthcare can have on the world's poorest people.

You might wonder what links poverty and corporate tax avoidance. For developing country governments, tax revenue from companies provides a significant share of the money they have available to train teachers, pay doctors and pipe clean water to people's homes and villages. Corporate income tax makes up 8 percent of government revenue in wealthy countries - but the figure is double that in poor countries.

This is why Oxfam campaigns for action to tackle flaws in the global tax system that allow corporate tax avoidance to occur on a massive scale - costing developing countries at least $100 billion (approximate £78 billion) every year. That's enough to educate the 124 million children around the world who can't currently go to school, and provide healthcare that could save the lives of six million children annually.

Today, our new report looks at the tax practices of one company as an example - British multinational RB (formerly Reckitt Benckiser), the maker of products like Vanish, Durex and Dettol that are found in kitchens and bathrooms around the world. Our research suggests that RB avoided £200 million in tax globally from 2014 to 2016, including up to £60 million in developing markets. Most of these developing markets are countries where large numbers of people live in poverty, and tax revenue is desperately needed to provide public services including clean water and life-saving healthcare.

In response, RB issued a statement calling for tougher tax laws and greater transparency - urging "governments to take the necessary steps to accelerate public country-by-country reporting" and for the UK to play a leading role. These tougher requirements for financial reporting would mean that companies have to publish details about how much business they do and how much tax they pay wherever they operate. Greater transparency and scrutiny would help to prevent companies from avoiding paying their fair share in countries, both rich and poor.

Oxfam welcomes this significant move from a hugely successful and influential FTSE100 company. But we are also urging RB - and other companies - to go further and to voluntarily reveal what business they do and what taxes they pay in every country in which they operate.

Some companies are already opening up their books. For example, Unilever explains its tax strategy in depth and reports the amount of corporate tax it pays in each region and the largest countries where it operates, while Vodafone describes its business in each country, including what profits are earned and what taxes are paid.

The energy giant SSE, also on the FTSE100, has been voluntarily certified by the Fair Tax Mark scheme that assesses transparency and fair tax practice. The company is championing country-by-country reporting through its own behaviour as well as by supporting tougher transparency laws.

Let's be clear. Individual companies voluntarily improving their practices is always welcome - but it is not a substitute for government regulation that would mean all companies have to up their game.

Oxfam has been pushing governments for stronger rules to require companies to reveal their tax practices. Right now these are largely invisible to many who have legitimate reasons to scrutinise them -- from campaigners to investors to poorer countries' revenue authorities. In rich countries like the UK, our own HMRC spends a lot of time, money and effort trying to claim its fair share of tax from multinationals such as tech giants. But poor countries often simply don't have the resources to engage in lengthy legal battles, and aren't always included in information-exchange agreements with other governments.

Right now, it seems that momentum for greater corporate tax transparency is growing. It's a question of "when" not "if." And the world's poorest people need it sooner rather than later. EU legislation is moving forward. The UK government passed legislation enabling it to introduce public country-by-country reporting - now Oxfam is calling on it to implement this before the end of 2019 - unilaterally if necessary.

In Britain, corporate tax avoidance is the public's top concern about business behaviour and corporations are concerned that it is contributing to a lack of trust in business.

Eight out of ten people in the UK think that companies should publish what tax they pay in every country they operate and want the government to tackle tax avoidance.

So let's not waste any more time. Oxfam is calling on companies and governments to do their bit to make tax fair and help tackle the injustice of poverty.