What’s A Foundation-Owned Social Enterprise, And How Can It Help Solve Market Failure 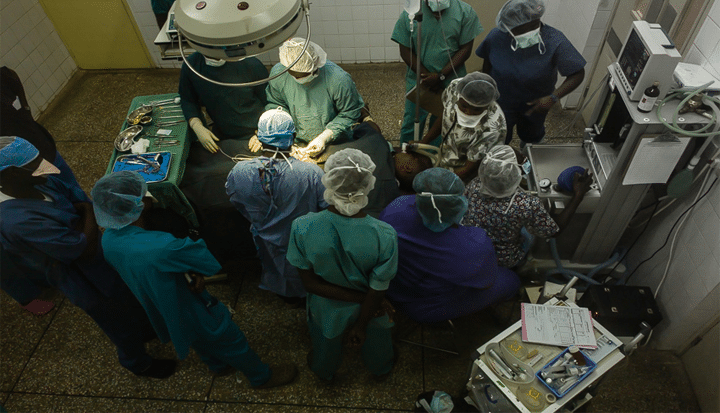 What’s A Foundation-Owned Social Enterprise, And How Can It Help Solve Market Failure

My organization, Gradian Health Systems, uses an atypical business model to get our product into the hands of those who could benefit from it.

We produce a unique medical device, the Universal Anaesthesia Machine (UAM), which is designed to provide anesthesia in any environment ­– including infrastructure-poor hospitals that lack consistent access to electricity or compressed oxygen (necessary to run typical anesthesia machines).

The model we use to manufacture, sell, distribute and support the UAM, foundation-owned social enterprise – more technically, a limited liability corporation wholly owned by a 501(c)3 private foundation – is a novel means of combining the best features of philanthropy with the.... It allows us to act as a commercial entity using market mechanisms to sell a product, and as a nonprofit using philanthropic dollars to address significant market failures.

Low-income markets also have a dearth of hard and soft infrastructure, which complicates supply chains and makes it difficult for hospitals to hire scarce and expensive biomedical engineers to fix machines that (inevitably) break.

And all of this assumes that the product is right for the environment, which, as I’ve discussed before, simply isn’t the case for low-resource environments. Even if a hospital can pay for spare parts, consumables and repair, a machine that requires compressed oxygen still won’t consistently function in a hospital that often runs out of it.

Organizations not seeking to profit when trying to fill this gap have thus far generally failed to do so in a cost-effective and sustainable way. The most common model we’ve seen to address this low capacity to pay is to donate used, second-hand equipment (which I’ve written about previously for The Atlantic).

All of which is to say: traditional medical device models aren’t designed for the realities of low-income markets. We think it’s time for a new solution that is.

Foundation-owned social enterprise – simply put, a company owned by a foundation – remixes conventional for-profit and nonprofit models to create something new. Combinatorial creativity at its finest, the model draws on the best of both business and philanthropy to sustainably address old problems in new ways.

Like any organization, we have a limited budget and we use it to maximize the return on investment. But the foundation that owns us judges its success based not on how much profit can be generated but on the “extra-financial value” created – known in philanthropic circles as the “social return on investment” (SROI). The more people that have access to safe surgery and anesthesia through the use of the UAM, the higher the SROI.

Early on, we decided that donating UAMs was an inefficient way to produce this SROI; our impact was constrained by the number of machines we could donate based on a yearly budget. Demand exceeded supply.

So we chose to use a model that allows us to scale according to demand: selling machines at their marginal manufacturing and shipping cost. This frees up our philanthropic funding to build out a potential market for the machine and address the post-sale market failures described above.

Like a traditional business, we’re investing in the creation of the market by spending money up front – on marketing, research and development, international quality certification and the like – to drive future sales of the machine. Unlike a traditional business, we don’t expect to recoup that cost; it’s paid for with philanthropic funding so that we can offer the machine at as low a cost as possible – an important factor in hospitals’ buying decisions.

Crucially, the foundation’s investment allows us to address the market’s failure to address the post-sale needs of the customer: robust machine training for clinicians and biomedical technicians; easily accessible, open-source spare parts that can often be procured locally; timely maintenance and repair backed by warranty. Using philanthropic dollars ensures that these critically important components will be ubiquitous and of high quality – even if they aren’t profitable.

To be sure, these components are expensive, but they are vital to ensuring the provision of safe surgery and anesthesia and, to our customers, produce the highest and longest-lasting SROI.

This model isn’t right for every situation. Foundations should not waste fixed philanthropic dollars on markets that aren’t failing, and some philanthropic solutions simply can’t rely on a market to offer goods and services. But it can be an effective solution when, as in our case, a market exists but is largely failing to adequately meet the needs of the customer.

Foundation-owned social enterprise is a novel philanthropic model that has the potential to help solve market failures in a variety of contexts. It’s so novel, actually, that we don’t know of many other instances of its use; if you know of an organization doing something similar, let us know.

Mike Miesen is a Business Strategy Analyst at Gradian Health Systems, a nonprofit social enterprise based in New York City. Follow him @MikeMiesen and the organization @GradianHealth. A version of this post originally appeared at NextBillion Healthcare.