What Does “Good” Look Like for Companies Trying to Address Modern Slavery? 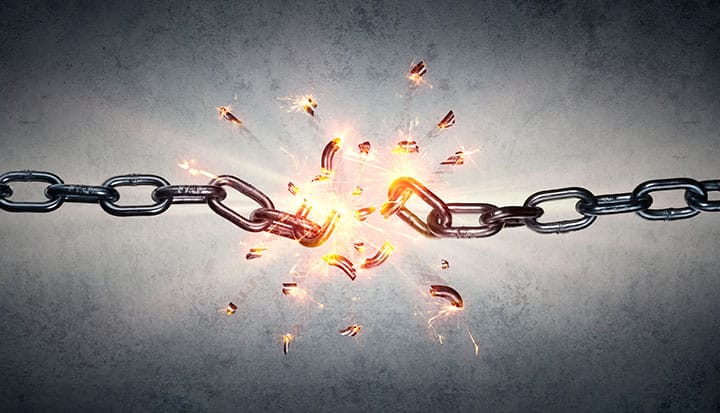 What Does “Good” Look Like for Companies Trying to Address Modern Slavery?

Addressing modern slavery is becoming a business-critical for companies – for credibility with customers, investors, NGOs and the public – according to new research by Hult International Business School and The Ethical Trading Initiative (ETI). 77% of companies think there is a likelihood of modern slavery occurring in their supply chains, up from 71% last year, and it is perceived to be more widespread – in particular in the UK, and at the farthest reaches of the supply chain.

Reputational risk, resulting from public exposure to worker abuse found in the supply chain or company operations, was the biggest driver for company action on modern slavery, cited by 97% of companies. The factors which underpin a company’s reputation such as the views of customers, investors, staff and the risk of litigation, have all significantly increased as drivers for action over the last year.

Key modern slavery risks that companies are focusing on

So what are companies actually doing to address this challenge? The study particularly focused on understanding what ‘good’ looks like, by engaging 71 brands, retailers and suppliers in in-depth interviews and a detailed survey. The research found that the UK Modern Slavery Act is galvanising leadership engagement, with twice as many CEOs and senior leaders actively engaged with addressing modern slavery since the Act was passed.

What is good practice in addressing modern slavery, and who is involved?

Among this group of companies with more experience in tackling labour exploitation, a high degree of consensus has emerged about the critical elements of an effective response to the risks and realities of modern slavery. More companies know what they need to do, but are finding some activities harder to put into practice than others. There was a high degree of convergence between companies in what they cited as corporate leadership and good practice in tackling modern slavery, including:

- Long-term, partnership-based relationships with suppliers.
93% felt long-term relationships and working with suppliers to address issues would be far more effective in the long term than simply switching suppliers to manage short-term risk. The majority of companies were making significant progress on putting this type of approach in place

- Due diligence.
90% of respondents saw due diligence on core labour standards as crucial. Leading companies are increasingly conducting human rights risk analyses by country, sector or type of labour and prioritizing their salient risks accordingly. 71% had these processes formalized and embedded in their operations.

- Corrective action and remediation
Once an issue of modern slavery is uncovered, 93% of companies highlighted that they have a responsibility not only to do everything in their power to address it, but also to ensure that workers most affected are protected from further harm and compensated appropriately. While companies were making strong progress on corrective actions with suppliers, only 40% of companies had clear remediation plans in place.

- Key performance indicators (KPIs) focused on impact rather than activity
The majority of responding companies cited developing KPIs that are focused on impact rather than activity as key to improving conditions for workers, yet fewer than 37% of companies have managed to put these in place. All participants highlighted the need for greater effort to develop KPIs that drive the right kinds of outcomes.

Companies report greater levels of collaboration since the Modern Slavery Act was passed. Companies recognized their role as just one of many actors on modern slavery, and that they cannot deal with modern slavery risks alone. They are collaborating with, and want to partner more with other companies, suppliers, governments, trade unions and NGOs to develop effective solutions to address modern slavery.

CEOs and other senior figures have a key role to play in engaging with these external stakeholders, whether with industry peers, governments or NGOs. In many cases, they are using this external engagement to refine the company’s own strategy – i.e., what are others doing? Where can we lead? Where can we support? Leaders are driving the discussion on what can be done on a strategic, industry level to address modern slavery challenges.

Companies strongly believe effective engagement and action in partnership with governments, NGOs and charities, and other local stakeholders is critical for significant change, as many of the systemic, underlying challenges of modern slavery are linked to a lack of government policy or enforcement i.e. insufficient regulation or enforcement of standards to protect migrant workers.

Ultimately, addressing the risk of modern slavery is about addressing the human rights risks to people – whether they are directly employed, agency workers, or are working in the supply chain. Though there is much more work to do, it is encouraging to see the steps, leading businesses are taking, and as more good practice emerges it is hoped that more companies will be able to make faster progress for those who are most at risk.

This article first appeared on www.oecdinsights.org/ and is reproduced with permission.