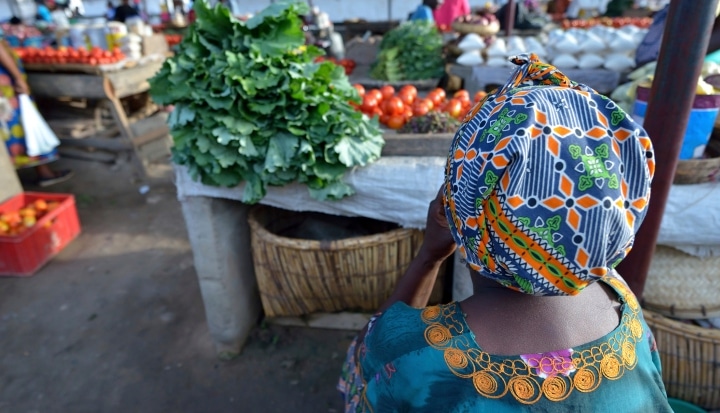 
The second Bridging the Gap for African Women in business conference was held in Kampala Uganda on 6 March 2014. The conference was part of this year’s International Women’s Day celebrations organized by the charity Let Them Help Themselves Out of Poverty and aimed to engage African Women in Business in a conversation on the Post 2015 Development Agenda.

The conference examined women’s ability to create jobs, the availability of jobs for young women and the challenges they face in their attempt to access jobs and what can be done to bridge the gaps and who needs to bridge the gaps.

The key messages to have come out of this meeting are that, the Post 2015 Agenda should include a specific goal on Gender and that under such a goal; financial support for women should be prioritized and the contribution of women to economic development acknowledged in order that the needs of businesswomen can be met.

It was argued a large number of women are engaged in Uganda’s informal sector including as subsistence farmers, but lack business skills, information to scale their enterprises, access to technology and whilst some women view the informal sector as a way to evade tax, others do not know how to go about registering their businesses. The reasons cited for this included the fact that the registration process can be cumbersome and expensive.

It was acknowledged that the contribution of women in the informal sector to Uganda’s economic development is huge and that this sector provides the greatest opportunity in bridging the gaps in the availability of jobs, however that the government of Uganda has a lot of work to do in order to benefit from the women’s efforts.

Some of the suggestions included, the commercialization of agriculture, revamping the education system to include entrepreneurship skills as part of the curriculum, simplifying the business registration process including making it available online, as well as enhancing the role of media in information dissemination.

A final question about women in the informal sector was to do with how to incorporate them in global and national decisions making processes. Professor Maggie Kiggozi suggested that, there is a need to look at all types of business as part of value chains where all participants are important.

Moreover that, large and global companies such as Nile Breweries/SABMiller can provide a centre for women in the informal sector to feed into as suppliers of raw materials and services for the large company and as such it is in the interest of the large companies that the small enterprises succeed. There is therefore a need for better dialogue with women in informal sector and initiatives to increase women in leadership positions.

The role of culture in development:

Eva Nagawa, Minister for Finance Buganda Kingdom suggested that culture plays an important role in development because it has implications for ideas, values, norms and customs and as such can create opportunities or barriers along gender lines. Eva argued that, although the situation has changed for women in Uganda, women were still under represented in boardrooms and that norms on heritance mean that women cannot inherit assets that would enable them to create jobs for others or income for themselves. The same cultural norms subordinate women to men meaning that men dictate the agenda of wealth creation and in some families the education of boys is prioritized over that of girls.

The British Council argued that in order to achieve real inclusion in development programs the role of culture in achieving sustainable development should be acknowledged in particular how culture norms contribute to the marginalization of women.

With respect to young women and their chances of accessing jobs, two issues were identified; the quality of education in Uganda’s schools and the youthful population of Uganda which means that 78% of Ugandans are under the age of 29. It was argued that the education system produces theorists with little or nor skills and that there was a mismatch between what the market needs and jobseekers’ skills set.

The number of young women entering the job market each year, means increased competing with very few jobs to go around.