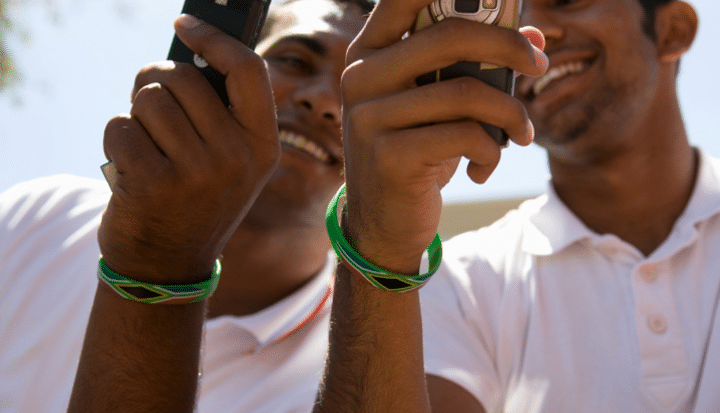 Amanda Misiti and Maria A May, BRAC

Amanda Misiti and Maria A May, BRAC


Sometimes it seems like everyone is talking about mobile money. Last week Jim Kim said that he sees mobile money as a path to give financial .... Bill and Melinda Gates boldly bet that mobile money will help the poor transform their lives in the next 1.... We responded with a piece on how NGOs like BRAC are ensuring that mobile money helps those who need it most.

Submit an idea today for the Innovation Fund Challenge!

A year ago, we asked for ideas on how to use mobile money to provide better services to BRAC clients and make the organisation more efficient. After receiving 100 ideas, a panel of external judges reviewed the ideas and a judging panel of senior BRAC leadership selected the seven most promising ideas to implement.

These ideas came from many places. One of our seven winning ideas was to digitalise school fee payments for a small chain of secondary schools in Dhaka, submitted by BRAC senior director Asif Saleh, who visited the Bridge International Academies in Kenya. Their flexible, digital payment system was designed for parents who relied on informal employment and daily wages to pay tuition when they could.

Another BRAC staff working in accounts, Arun Kumar Biswas, who was familiar with the difficulties of managing timely school fees from low-income families, also submitted the same idea. When we shared the concept with Dr Erum Mariam, who directs the BRAC University Institute of Educational Development (IED), she was excited to develop a pilot. Given that the school was already collecting fees on a flexible basis, it seemed like an opportunity to make the process more efficient.

After a lot of preparation, IED introduced the new payment mechanism in one school last November. In observing the pilot, four things that surprised the social innovation lab team were:

We thought that students and their parents might protest the change, since many experts have suggested that it can be difficult for people wit..., instead relying on agents to do the transactions for them. However, when school administrators shared the idea with parents, they were thrilled! They like having the option to pay fees any time, “even at midnight.”

The teachers and administrators were pleased too, even though they had to learn a lot about training and begin using a new electronic system for managing school fee payments. But previously, the burden of cash payments, or lack of payment, had weighed on them. One of the teachers shared that,“Parents can send the fees directly via bKash, they don’t have to come to me. They don’t have to be worried about if their children are spending the money on other things. Lots of time it happened that parents gave the student BDT 150 but the student spent BDT 50 buying toys and came with BDT 100. It used to be a big problem for us to collect that BDT 50 again from the parents. Now we don’t have to deal with such problems.”

As if learning a new computer programme wasn’t enough, we were surprised to find that Mohammed Mojibur Rahman, a senior programme organiser used a simple budgeting tracker on his phone to double check the payments. We didn’t even know his phone would have such a tool, and it demonstrated impressive initiative and obviously improved the accuracy of the reporting.

Many parents opted to pre-pay several months in advance, rather than make micro-payments.

Based on our understanding of how the poor manage their money, we expected to see parents make small payments over the course of the month. In fact, we did hear from some students that their parents put money into their mobile wallet bit by bit, and then paid the school at once. But we also heard stories of parents being happy that they could pre-pay the school fees for a few months! So we’ve learned something new about how some of our students’ families plan financially.

Some of the poorest students still don’t have access to phones.

Although overall phone penetration in Bangladesh is high, with over 61 million unique subscribers, some of the parents didn’t have access to a phone. The project team was able to overcome this by providing them with SIMs, but this reminded us that access to a phone is not within reach for all households.

We’re not sure yet what surprises the next year has in store—but we’d like to invite you to be part of the journey with us—submit your idea today!

This blog was previously published on BRAC blog and is reproduced with permission.