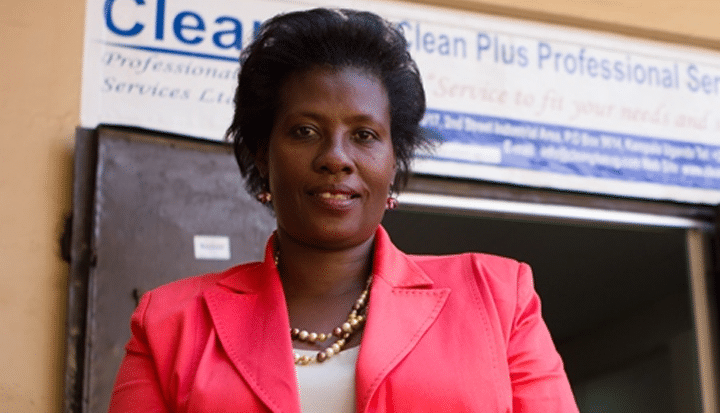 Back in 2005, Kofi Annan argued that gender equality is the bedrock for achieving the Millennium Development Goals. A decade later, the case for women’s economic empowerment is even more compelling. Equality of employment opportunities means reduced poverty and higher GDP levels; more women in the workforce leads to productivity gains; women are less risky financial customers: the evidence piles up. And on the social side, when women earn income, they have a significant positive impact on future generations. Women reinvest 90 percent of their income into their families, comp....

So why is progress so painfully slow? One line of argument is that gender equality is corporate responsibility, most appropriate for large, well-resourced multinationals. Not in CDC’s experience. DFCU Bank in Uganda is a great example of a successful African business that has made women entrepreneurs a strategic focus. Accessing finance is a problem that many women face in Uganda. With property passing from male to male, women struggle to offer collateral to lenders. Only 9 per cent of commercial credit in Uganda goes to women. However, nearly 40 per cent of small and medium-sized businesses (SMEs) in Uganda are led by women and these businesses employ nearly two million people. The result is a massive unserved market.

DFCU management easily convinced themselves of the scale of the opportunity and in 2007 launched ‘Women in Business’. The programme is making impressive strides to help women entrepreneurs overcome the barriers they face. It supports 6,500 businesswomen, provides training, networking opportunities, preferential borrowing rates and mentor programmes. Products are tailor-made for different groups of women, dependent on the nature of their work. For example, female traders are offered unsecured lending of up to US$20,000, enabling them to trade and return the money when they are finished selling their goods.

How does this work for a typical woman-led business? Take Clean Plus Professional Services as an example. Yvonne Katamba founded the business ten years ago, and has watched her company grow from just one employee and an annual turnover of just under US$2,000 – a classic microenterprise – to a medium-sized enterprise with a team of 175 people and an annual turnover of US$275,000. Achieving that growth has been challenging. When Yvonne started out, she struggled to get a business account at many banks. Turning to DFCU, she found conditions far more favourable. Later on, a lease of US$14,000 enabled her to purchase a vehicle, a scrubber machine and a vacuum cleaner. Yvonne has also been active in the Women in Business network, which she says has provided her with opportunities for training workshops and courses, as well as a peer group.

Successful women-run businesses inspire other women to progress their careers. The majority of Yvonne’s employees are women aged 18 to 30, many with low levels of education. The company trains them and encourages them to take evening school classes. It’s striking that two of the company’s three current managers started as cleaners, and many others who started as cleaners have now progressed to become supervisors.

Helping banks understand the sheer scale of the opportunity, as DFCU has done, will help millions of women-owned businesses overcome the barriers they face in accessing finance. The Global Banking Alliance for Women is pioneering this work. In addition to financial services, CDC targets other sectors where growth leads to jobs: agribusiness, construction, education, health, infrastructure and manufacturing. Many of these sectors are major employers of women, but female employees face unfair challenges, from land ownership in agribusiness to discrimination and the lack of progression in the textile sector. Making sure that businesses adhere to best practice in gender equality unleashes women entrepreneurs as well as the business bottom line.