Unleashing Inclusive Business Towards the SDGs 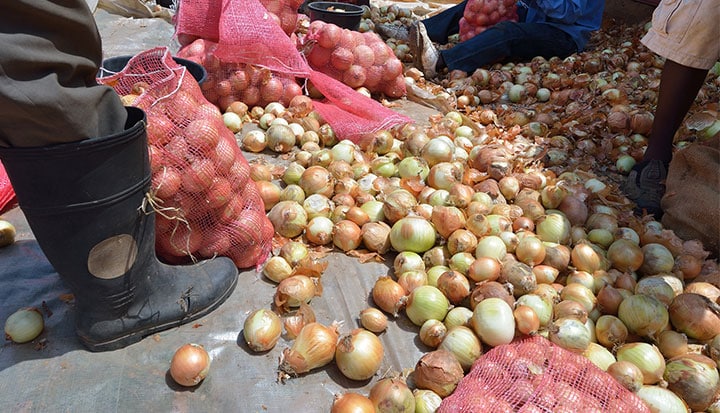 Click here for more stories about
Partnerships
Monday May 23 2016


The Business Call to Action (BCtA) in collaboration with the UNDP Zambia Country Office, The Partnering Initiative (TPI), the Inclusive Business Accelerator (IBA) and Business Fights Poverty recently held a high-level breakfast meeting for business representatives in Lusaka, Zambia. The aim of the meeting held on the 15th of April 2016 was to discuss how inclusive business can be leveraged to achieve the Sustainable Development Goals in Zambia. Other stakeholders in the meeting included the Zambia Chamber of Commerce and Industry (ZACCI) and the Zambia Business in Development Facility (ZBIDF). The meeting brought together participants from the private sector, academia, UN System and donor community. It was a well-attended event with by far the highest participation coming from the private sector. What resulted was a very lively discussion that was largely about the realities of carrying out day to day business in Zambia. This is, as it should be, if we are to meaningfully engage the private sector on inclusive business for the attainment of the new global development agenda. The tendency with such events previously has been that real private sector representation has often been lacking with the agenda set and dominated by other sectors. This unfortunately breeds apathy for future fora by the group that such meetings are actually meant for. This breakfast meeting was different with a candid discussion about challenges facing inclusive business in Zambia such as access to finance, government regulation and inadequate communication. This piece discusses some of these issues raised at the event by the inclusive businesses present.

Access to finance in general in Zambia is a huge problem in the best of times. This situation becomes a near insurmountable problem in tough economic times for (inclusive) businesses and their customers, distributors or suppliers.. In recent months the Kwacha, Zambia’s currency, has come under significant downward pressure as a result of falling copper prices on the world market, the country’s major export. The falling currency has led to increased inflationary pressure as the economy predominantly is import based. The upshot of this scenario is that the monetary authorities have been raising already high interest rates to try and dampen high inflationary pressures, thereby making borrowing even more expensive. The other side of the coin is that imported capital equipment such as tractors have also increased in cost because of the depreciating currency and that combined with the rising cost of borrowing has seriously hampered inclusive businesses such as Saro Agri, which facilitates mechanization for smallholder farmers.

Another issue discussed at the event was business regulations and how these can sometimes be at odds with a noble societal goal such as increasing access to financial services to people at the base of pyramid (BoP). Zoona, a fast growing regional money transfer business with clientele predominantly at the BoP, cited anti-money laundering regulations as a major problem to its business as the central bank ‘Know Your Customer’ regulations require not only a verifiable address but also national identity cards. It is the latter problem that is of greatest concern as majority at the BoP do not have IDs and part of the problem is the difficulty in acquiring them mainly from government district offices. These offices often tend to be far away from particularly rural dwellers and even when they are easily accessible long queues can put off even the most determined. The lack of an ID by many of Zoona’s customers, many of whom desperately need their services since they rely on remittances from wealthier urban dwelling kin, means that the company often finds itself at odds with anti - money laundering regulations. The company is however in discussions to find a workable solution.

The event also discussed how well inclusive businesses communicate their activities broadly, not only to internal but also external stakeholders. It was apparent that many organizations present were surprised by some of the impressive initiatives presented by select Zambia based inclusive businesses during the meeting. Many inclusive businesses felt they can do a better job of disseminating information on their initiatives more widely and to the correct audience. Better communication not only informs potential customers on concerned particular company’s products or services but can also enhance goodwill from both the public as well as government towards the business. Critically, providers of support such as development agencies, can also learn about the challenges to inclusive business in order to better align their programs. Such organizations can also course correct with the feedback provided by companies engaged in inclusive business. At the breakfast meeting, one company made a point about how donor programs aimed at supporting smallholder farmers often ignore working through what are known as agro dealers to reach the farmer. These are middlemen in the agro input supply chain that play a critical role of providing growers with various agriculture inputs and implements. They often operate shops close to the farmers but are faced with massive challenges including lack of working capital to enable them to fully stock products matching the requirements of the farmers. There were some development agencies present that heard this point, which would otherwise have remained unheard had the company not been given an opportunity to voice this view.

Another side to the communication argument, which was implied in the discussions, was that in order to communicate effectively, inclusive businesses should have the right platform for doing so. The breakfast meeting format focused on inclusive business and the SDG’s is an example of a means of communications to a wide audience of stakeholders including other businesses, business member organization and development agencies with their respective programs. It was therefore no surprise that one of the suggestions that came out of the meeting on how inclusive business can contribute to achieving the SDG’s in Zambia from the businesses present themselves was a common reporting framework. Towards this end and coming out of the BCtA event, the UNDP in Zambia is starting an engagement process with the private sector on this and other issues related to how best to facilitate their involvement in achieving the SDG’s. I have no doubt that on that top on the wish list will be a forum for communicating/sharing such as the breakfast meeting.

The aim of the breakfast meeting was not to find solutions to the problems discussed but rather sow the seed for a coalition of willing businesses that are inclusive that can contribute to achieving the SDG’s in Zambia. Through this event a platform, with an agenda for business at its core, was provided which made it possible for a free exchange of lessons and ideas as well as demonstrated support that is available for inclusive business. What we have now is an inclusive business community, led by ZACCI, willing to play its part, in taking the initial steps towards achieving the 2030 agenda.