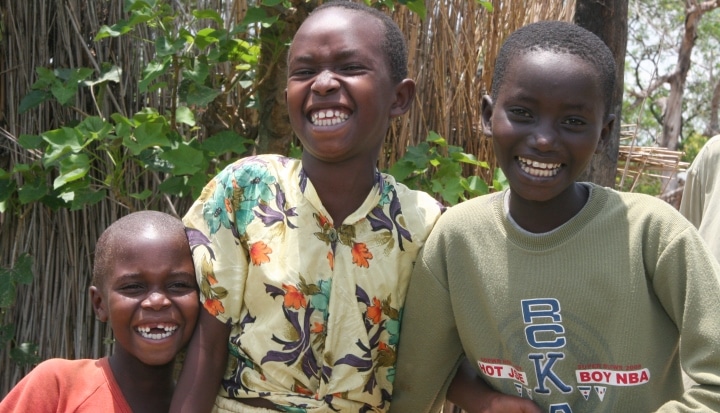 
This year, World Health Day is shining a light on the devastating impact of vector-borne diseases. These diseases cause more than one million deaths each year and leave hundreds of millions more debilitated, disfigured, blind or just too sick to work or go to school due to their long-term effects.

For us at Legatum, our initial conversation about these diseases as a potential investment opportunity began over a cappuccino at the café in our Dubai office one afternoon in 2006 while reading an article by Andrew Jack in the Financial Times. This article highlighted how neglected tropical diseases (NTDs) affect over one billion of the poorest and most marginalized people on the planet. We learned that pharmaceutical companies had donated the medicines needed to control and eliminate these diseases, but that these drug donations weren’t being fully utilized because countries didn’t have the resources needed to deliver the medicines to those in need.

The investment proposition became immediately clear to us. For every 50 cents invested, we could leverage $10 in donated medicines, ensure that a person at risk of these diseases is treated for an entire year, and strengthen local health systems so that countries could better treat these diseases on their own. It was one of the best buys in global health we had seen and a model that could be scaled. We were inspired by the realization that diseases such as lymphatic filariais, schistosomiasis and river blindness could come to an end in our lifetime.

We did our own research and due diligence, travelled to Africa to meet with government leaders, engaged leading scientists and non-governmental organizations, studied the current global strategy to treat these diseases, and identified where private philanthropy could have an outsized impact in helping to move the whole cause forward. We then selected two countries – Burundi and Rwanda – to pilot integrated, nation-wide neglected tropical disease control programs to see if the disease burden could be controlled with a modest investment.

And we have been thrilled to see the results. In Burundi, national schistosomiasis prevalence was reduced from 12% to 1.4%; hookworm prevalence dropped from 18% to 2.6%; and blinding trachoma levels dropped from 13% to 3% from 2007 to 2012. People were healthier and could go back to work and children missed less days of school, just as we had read about in earlier important studies in this field.

Once we had the data to demonstrate that controlling these diseases was possible and private philanthropy had an important part to play, we couldn’t wait to get more people involved. This led us to launch the END Fund, an investment vehicle where other active philanthropists and social investors could come together to invest in NTD control across Africa and beyond. We wanted to give others this incredible opportunity to turn money and ideas into real, measurable impact in improving people’s lives. We were also lucky to meet Bill Campbell, a New York-based JP Morgan Chase executive and philanthropist, on one of our trips to Rwanda who shared our passion for NTDs and agreed to join us as Chair of the END Fund board. Since the END Fund launched in early 2012, this emerging community of investors has been able to treat over 40 million people at risk of NTDs in 15 countries, train over 100,000 local health workers on NTD control, and deliver hundreds of millions of dollars of donated medicines. And we continue to grow as new and thoughtful partners join our efforts.

I was honored to be in Paris this past week to attend the Uniting to Combat NTDs event and share Legatum’s experience in Rwanda and Burundi. My proudest moment was to see Dr. Onésime Ndayishimiye, the NTD Program Manager from Burundi, on stage with Bill Gates and Margaret Chan and hear him talk about how his country had effectively controlled schistosomiasis and eliminated blinding trachoma. Burundi was held up as a model of what was possible. I remember being with Dr. Onésime in a remote Burundian village years ago seeing a NTD mass drug administration. He spoke so passionately then about how he wished his fellow Burundians did not have to suffer from these diseases. To be a part of making this dream come true has been extremely rewarding for all of us at Legatum and a great expression of our mission “to generate and allocate the capital and ideas that can help others prosper.”

So, why does a Dubai-based investment group care so much about vector-borne diseases? Because a small bite from a fly or a mosquito is indeed a big threat to our collective prosperity. We have seen firsthand that the end of these diseases is possible. And the ROI on this investment is one of the best we’ve ever seen.