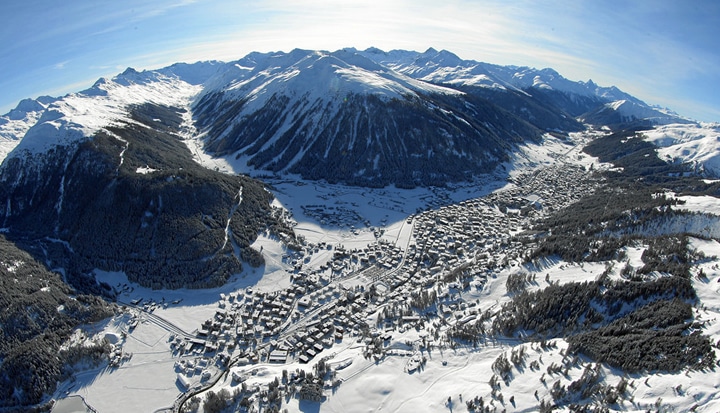 
The first two days of this year's Davos gathering have centred on one major issue: income inequality. Right at the start of the meeting a letter from Pope Francis raised the issue, challenging the gathered leaders to make sure wealth served humanity, not the other way around. Oxfam upped the tempo with a widely-covered report suggesting that the wealthiest 85 people in the world own as much as the bottom 3.5 billion.

The challenge is clear, if complex. Income inequality has increased as the world has got wealthier, with GINI coefficients increasing across many countries. But, poverty has also reduced. As Bill Gates argues this week in his annual letter, by 2035 we should have no or only very few low incomes countries left, with many graduating to middle income. If poverty has reduced, but that had led to a somewhat greater spread of income, is that good, bad, or a bit of both?

Whilst the headlines may have been incendiary, the discussions at Davos have often been surprisingly aligned. Business leaders have been talking about the need for greater inclusion to ensure social stability, and to drive their own emerging and developed market growth, whilst NGO leaders have been highlighting the power of business supply chains, if done well, to improve incomes for the very poor.

Alan Clark, SABMiller's CEO, spoke in a session on Wednesday on the changing world of work. It became rapidly clear from discussions that entrepreneurship is becoming more important across the world in providing economic opportunity and work. Alan talked about SABMiller's very deliberate value chain programmes which focus on helping micro businesses to thrive, from smallholder farmers in Africa to our Tenderos programme in LatAm. The latter aims to help 40,000 poor retailers to build their businesses, improve their incomes and become better hubs of their communities, in partnership with The Inter American Development Bank.

At a debate for LatAm leaders, the theme of the already large and growing new middle class in the region was dominant. One speaker commented that their income trajectory has been so rapid that they 'all expect to become millionaires', somewhat overstated perhaps, but it does identify the real challenge to maintain income growth to meet social expectations. Africa is starting from a much lower base, but moving even more rapidly.

In contrast, developed world leaders most frequently talked on Wednesday about their 'squeezed middles', and how to respond to the growing political pressure. So is it a tale of two middle classes? Growing well in the developing world, but stagnating in the developed world? Part of the issue is definition. Middle class as commonly defined in the US is very different from that in Brazil or South Africa. Even more stark, it is the lower and middle income groups that are growing well in Brazil, whilst the same groups in the US are going in the opposite direction.

And where does all this leave absolute poverty? Later in the week we will hear from David Cameron and other leaders on the post 2015 sustainable development goals process, and the aspiration to eliminate extreme poverty by 2030. Ultimately, that's probably where the greatest government / business / NGO alignment lies.