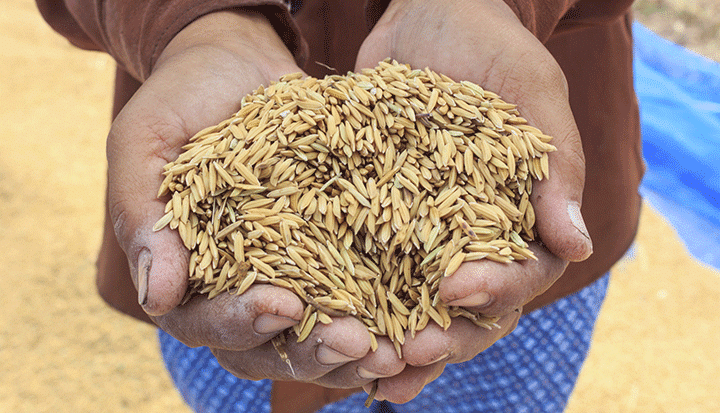 
Ending hunger is in everyone’s interest. Succeeding in this Goal #2 of the UN’s Sustainable Development Goals means not only ending the misery and debilitation of the starving and malnourished, but also stemming the spread and persistence of disease, and enabling at least 2 billion people, if better nourished, to be more productive for themselves and for everyone.

Hunger is like a huge anchor that impedes the forward progress of economies, societies and cultures, and it can precipitate political instability and human migrations. Happily, there is a solution under our feet if we are prepared to work more respectfully and knowledgably with the invisible life in soil systems.

Today’s economic, social and biophysical conditions for food production are different from those under which the ‘Green Revolution’ was made, lifting millions out of hunger in the preceding century. Accordingly, our technological and institutional strategies, our policies and thinking for ending hunger need to be different now. Land for agricultural production is being lost to urbanisation and degradation caused by soil erosion and salinisation; arable land per capita in 2050 is projected to be about one-third of what it was in 1950. Land-extensive strategies are becoming relatively less justifiable. Adverse impacts of climate change will make food production more difficult and more subject to the hazards of extreme weather, especially on increasingly marginal lands. There is need for climate-smart intensification of production.

What’s more, most agricultural inputs are becoming more costly, and water insufficiency and insecurity are becoming more widespread. Food-insecure households need to have access to technologies that are low-cost and help them produce more food without undermining ecosystem resources and services. The adverse environmental impacts of ‘modern’ agricultural practices can no longer be ignored. We must be more concerned with the health and quality of our soil and water resources, and also more attentive to the conservation of biodiversity, below-ground as well as above.

These challenges are drastic and dire. It is not plausible that we can succeed simply by doing ‘more of the same, but better.’ But this does not mean simply replacing the status quo with a different agricultural technology or production system. That is not possible, and also not likely to succeed. While advances in biotechnology will be needed and attempted, they are unlikely to be achieved quickly enough or widely enough, given the complexity and inertia of both man-made and natural systems.

There are some grounds for optimism, however, as there are some productive, low-cost, climate-smart approaches available for increasing global food production in ways that deal with, or are not impeded by, the challenges facing our agricultural systems.

One such alternative is the agroecologically-based production system known as the System of Rice Intensification (SRI), first pioneered by the work of a French Jesuit priest, Henri de Laulanié, SJ, in Madagascar three and four decades ago. Backed now by extensive research, this methodology increases paddy yields of new or traditional rice varieties by 20-50% (but often by much more), while reducing water requirements by 25-50%, and with lower, or even no, purchased inputs. Farmers’ incomes benefit from lower costs of production (and often lower labor inputs) and boosted yields. Vitally, the resulting plants have demonstrably greater resistance to pest and diseases and to adverse climatic conditions.

Does this sound too good to be true? I thought so at first, but my skepticism led me to find out how and why SRI management methods actually work. These results are being reliably attained already in over 50 countries and are increasingly documented in the scientific literature.

Although SRI was developed for small-scale, resource-constrained farmers, the mechanization of SRI production has been developed so that the benefits of SRI principles and insights can also be reaped in larger-scale operations, with reductions in both labor and water requirements. Perhaps the best news is that the ideas and methods of SRI can be and are being adapted with similar benefits to other crops such as wheat, finger millet, sugarcane, maize, mustard, various legumes, and some vegetables. With the broader System of Crop Intensification (SCI), it is possible to get more productive and robust plants (phenotypes) from given varieties (genotypes) for many crops.

Recognising the achieved and potential impacts of SRI on combating hunger, the SRI-Rice center based at Cornell University was in March of this year awarded the first Olam Prize for Innovation in Food Security by an international jury at Montpellier, France, for their work promoting research and facilitating knowledge-sharing on SRI.

More work needs to be done to understand more fully why SRI crop management achieves such remarkable results, but evidence is starting to accumulate that better crop plants can be attributed first to their superior growth and performance of root systems, which are easily seen and measured, but also more profoundly to the invisible life in the soil. I am increasingly certain that SRI methodology helps mobilize the services and protection of beneficial soil microbes and other under-ground organisms such as earthworms and mites.

Just as we are learning that human growth and health depend intimately on the microbiome that exists around, on and inside our own bodies, it is becoming evident that healthy, productive and resilient agriculture is crucially dependent on the plant-soil microbiome. And considering that malnutrition and hunger abets the spread and persistence of disease, these invisible microbiomes are more connected than we may have thought.

More information on SRI can be obtained from the SRI-Rice website and soon-to-be published book ‘What Is SRI? Responses to Frequently Asked Questions’, a free PDF of which will be available on the website.
A comprehensive list of further reading and resources on SRI and SCI is available here.

CUBA — tillering and root growth: Two rice plants of the same age (52 days after sowing) and same variety (VN 2084) that were started in the same nursery at the same time. The plant on the right was removed from the nursery when 9 days old and transplanted into an SRI environment: single plants per hill, wide and square spacing, no continuous flooding, and enhancement of soil organic matter. The plant on the left, which had just been removed from the nursery for transplanting, has 5 tillers compared to 43 on the SRI plant. Their root systems are strikingly different in size and color. Photo credit: Rena Perez, Havana.

SRI LANKA – drought resilience: Adjacent rice fields (same soil, same variety) three weeks after irrigation has stopped because the reservoir has run out of water due to drought. Plants in the SRI field on the right have developed deeper root systems that can survive tapping residual water supplies at lower depths in the soil. Photo credit: Gamini Batuwitage, ColomboImage.

ETHIOPIA – yield increases: These tef plants of same variety were grown on adjacent fields, with the same soil and same climate. The father on left is holding a tef plant raised with adapted SRI methods, transplanting young seedlings, while his son holds one grown with usual broadcasting methods. STI practices give yields of 3-5 tons per hectares instead of the usual 1 ton per hectare.