The Unintended Consequences of Inclusive Business 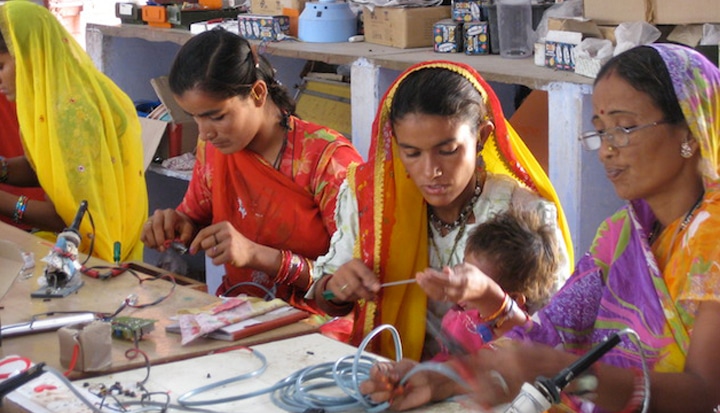 The Unintended Consequences of Inclusive Business


Last week we hosted a two-day conference, Inclusion Inc., at The Fletcher School, where we tested the idea that “the only competitive business is an inclusive business.”

Inclusive business, or business that pursues opportunities in traditionally unattractive market segments, ought to be a strategic imperative for corporations and investors. Foregoing such segments would open the door to disruption – because of low-cost entrants or political insurgencies – and shut off options for future growth. Now, here is the rub: in addition to the long-term and uncertain nature of its returns, inclusive business may also face several unintended and problematic consequences.

Our conference was bookended by two keynotes, one by Unilever CEO Paul Polman and the other from SKS Microfinance founder Vikram Akula; both are inspirational inclusionistas. One runs an inclusive business spanning 190 countries and the other built the largest for-profit microfinance institution in the world from the bottom up.

Both had to contend with the short-term demands placed on publicly-held companies. And both encountered one of the five most significant unintended consequences of inclusive business:

Pressures of public market expectations: The first unintended consequence of inclusive business has its origins in an organizational contradiction: key stakeholders – shareholders, market analysts, and even line managers whose compensation is tied to quarterly targets and stock performance – may not support a corporate decision to be inclusive. Unilever’s Polman got rid of the quarterly reporting cycle at his company and placed his bets on growth in the emerging markets, with inclusive and sustainable strategies. But these choices have not made many prominent shareholders very happy. They have been quite vocal with their complaints about Unilever’s sales falling below expectations.

Akula’s problem was a different one. The SKS Microfinance sales team found itself competing against other microfinance lenders, and, as a result, fueling an over-indebtedness crisis in the state of Andhra Pradesh in India.

Stresses along the supply chain: It is easy to imagine the pressures placed on suppliers as inclusive businesses push into market segments where the margins are thin and volumes are large. The challenge is particularly acute in the emerging markets where value chains are incomplete and the supporting infrastructure and institutions are under-developed.

Already, the pressures on such incomplete supply chains to deliver faster and cheaper have resulted in several crises. Recall the widely-publicized problems in China faced by Yum! Brands’ KFC franchise (antibiotics in poultry), Apple (human rights violations at factories rub by Foxconn, a key supplier) and Mattel (defective design and scares over lead paint used in toy manufacturing).

Consider also the challenges that a single industry, garment manufacturing, has faced with fires and factory building collapses across South Asia. As long as the primary way to source low-cost, affordable products is from small operators in low cost regions, inclusive business is exposed to supply chain risks.

Distortions in production: As an inclusive business creates incentives for local communities to join the value chain, resource are re-prioritized to align with commercial demands. On many smallholder farms, for example, food crops and staples have been displaced by cash-generating crops, such as sorghum, sugar cane or cocoa.

Several major corporations, such as SABMiller and Coca-Cola, have invested to help smallholder farmers with expertise and other resources, to bring them into their supply chains. This could affect food security in the regions in question, but could also expose financially vulnerable farmers to cyclical movements in the prices of cash crops.

While some studies show that cash-crop cultivation provides significant benefits to farmers through improved productivity, there is a risk of displacement. According to the Wall Street Journal, until 2011, Uganda was the second largest supplier of corn and beans to the UN World Food Program in sub-Saharan Africa. But its sales to WFP have dwindled since then. In the meantime, SABMiller’s unit in Uganda has a stockpile of sorghum to last 10 months, according to Joseph Kalule, the local sourcing manager with SABMiller.

Distortions in consumption: Many of the original critiques of the movement to serve the “bottom of the pyramid” consumer made the observation that the poor will spend their limited budgets on the products that are most successful in reaching them. It begs the question at to whether more readily available products have displaced essentials from the consumption basket.

Challenges in scaling-up frugal innovation: Many inclusive businesses get a jumpstart through improvisation and assembling of locally available resources – often described as frugal, MacGyver – after the endlessly inventive 80s TV hero – or, in India, “jugaad” innovation. These innovations capture the imagination, attract media coverage, and, most importantly, attract resources. Unfortunately, the vast majority of such ideas have had difficulty deploying at a large scale.

A vivid illustration of this phenomenon is the case of PlayPump International, which started as a solution to the need for clean water in communities in South Africa. The company attached a water pump to children’s play roundabouts in school backyards. With the widespread attention generated by a PBS Frontline documentary, endorsements from Bill Clinton, Laura Bush and Jay-Z, and funding from the Steve and Jean Case Foundation, the concept took off.

PlayPump consumed huge resources, but without a clear pathway to scaled-up execution and replication. It didn’t take long for the concept to become an orphan, abandoned by the communities it was meant to serve, as well as by its business partners, investors and celebrity champions – whose resources could have been deployed productively elsewhere.

In sum, it is possible to profit in the long-term from pursuing today’s unprofitable segments. Inclusive business investment may initially seem like a bitter pill, but it could turn out to be good both for you and for society at large. For any manager inspired by Polman or Akula, it is advisable to read the label on the side-effects first and manage them before taking the pill and enjoying its many benefits.

Help us move the needle by telling us how you initiate and evaluate the sustainable and inclusive business activities at your organization: take a survey conducted by The Fletcher School in collaboration with the Citi Foundation.

Editor's Note: This blog was previously published on Skoll World Forum and is reproduced with permission.
Previous postNext post