The Story of How Big Business Can Fix the World 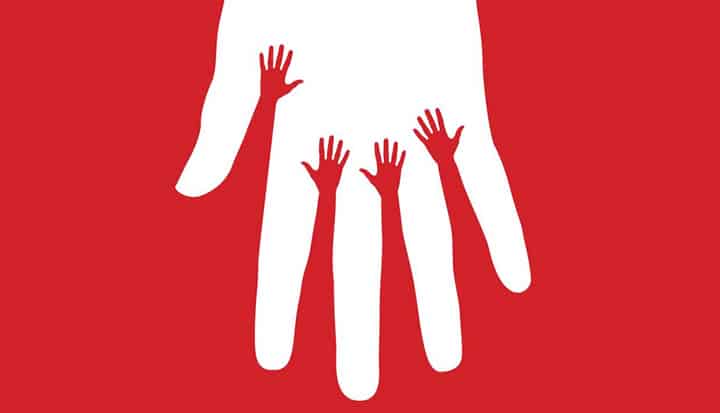 The Story of How Big Business Can Fix the World


Writing Everybody’s Business took us on a two-year journey through the world of business. We met people in boardrooms and on the front-line of operations – in mines, factories and farms, in data centres and distribution hubs. We saw first-hand how big corporations are taking on some of today’s toughest challenges, mobilizing the vast resources, skills, capital, and expertise at their disposal. It’s a story of transformation and hope.

Business Fights Poverty has become a champion of companies adapting their business models to become more inclusive of the needs of the poor. Members will be familiar with stories of businesses working to improve livelihoods in their supplier base, or create opportunities in the distribution chain. We saw many of these initiatives in action, and one thing was particularly striking: a shift in attitude.

Our journey began in northeastern Uganda, where we visited a remote village called Nyakoi. Only a few years ago this community was suffering from what they called ‘biting poverty’. Today, the farmers here have increasingly stable livelihoods, and they are proud to tell us that now they even pay for a teacher for the primary school. They are among 50,000 farmers across Uganda and Kenya taking part in Project Nurture, a Coca-Cola initiative aimed at securing sustainable supplies of fruit.

‘Nobody has given us anything,’ Okiring Moses, one of the farmers, told us. ‘Since the beginning we haven’t received any help or money of any kind, other than advice and information.’ Coca-Cola has been working with TechnoServe to improve the productivity of the farmers. Part of this is information: how to prune, how to protect their crops from pests, how to package the fruit. But equally important is a new attitude, according to Nathan Emuron, a young business adviser working in TechnoServe’s Mbale office.

‘We try to inculcate the spirit of business in the farmers,’ Nathan told us. ‘How much does it cost to till this land, to create a kilo of mangoes? We get them to look at it as a business.’ It may sound very straightforward, but to the farmers this is a very new way of looking at the world, as Okiring tells us: ‘Before we didn’t even know our income, we’d just sell and buy things.’ Today, they’re saving up for a pulping machine so they can get even more value from their mangos. It’s a different attitude towards their own livelihoods, and it’s giving them the confidence to progress.

We saw this pattern played out in many different places, and often it involves a partnership between a big business and an NGO. The pharmaceutical giant GSK has many such partnerships, focused on improving healthcare delivery in some of the least developed countries. We met GSK’s Duncan Learmouth, who told us that the NGOs bring an understanding of how to reach marginalized population, and business brings an attitude to making things happen: ‘The thing big business brings to the party is a kind of rigour,’ he told us, ‘the power of incentives and the capability to operationalise in a disciplined way.’

It sounds obvious, but part of what business brings is being business-like. In India, we saw Unilever working with a number of NGOs to get its water purifier device, Pureit, into the hands of people who need it most. Pureit allows people to scoop water straight out of a river and purify it – without requiring pressurised water or electricity. Hundreds of millions of people fall prey to waterborne diseases every year, and so Pureit could be a transformative product on a massive scale – and a big business bet for Unilever.

Pureit already reaches 30 million people in India, and Unilever is aiming to take it to 500 million people globally. As Unilever’s Keith told us, ‘It would be tough for NGOs to take on a task of such scale. That’s what we can bring.’

Back in Uganda, we met Onapito Ekomoloit, who began his career as a journalist, then served as a Member of Parliament, before becoming Press Secretary to the President. Today, Onapito has joined the business world, working as SABMiller’s Corporate Affairs Director in Kampala. We asked him why he made the jump: ‘Business is about doing,’ he told us, explaining that government effectiveness is a particular challenge in Africa. ‘In business, we say things and do them. Government says it will but it won’t: they lack resources, they lack accountability. That’s why it’s great to be in a private company.’

For many, it might not be obvious how making beer might contribute to alleviating poverty, but we saw how SABMiller’s operations in Uganda bring real social and economic benefits: creating employment; supporting livelihoods for smallholder famers in the supply chain; bringing in new skills and global standards. ‘As someone in politics I was motivated by development, by making a change,’ Onapito told us. ‘By coming here I am basically doing politics by another means.’

Politics by another means: this sounds like an activist’s view of business, rather than the perspective of a corporate affairs director in a major multinational company. It became a central thought of our book – if you want to change the world, the spirit of business can be a powerful ally: a practical, hands-on, get-it-done mentality, combined with the ability to execute at speed and at scale. If we can effectively harness this power, we can be hopeful of tackling some of the toughest challenges facing the world.