The Role of Business in the Fight Against Slavery 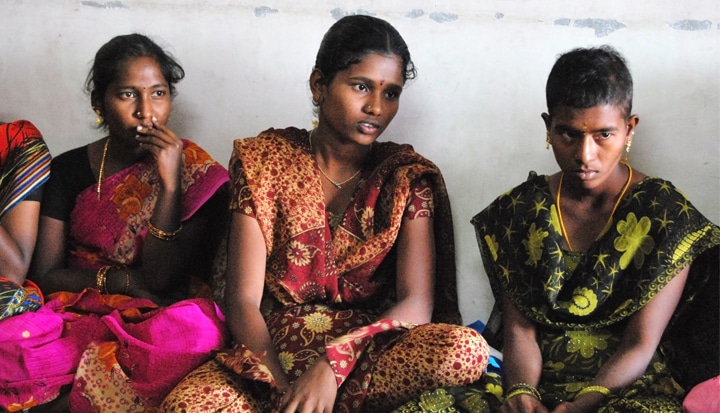 The Role of Business in the Fight Against Slavery


Today, there are an estimated 21 million people in slavery, in every country and region of the globe. 5.5 million of whom are children.

Every person who wears cotton, carries a mobile phone, eats prawns or chocolate, or watches the FIFA World Cup, is implicated in this, because many of that 21 million are enslaved in the supply chains of those products, commodities and events.

Just to give one illustration of what that means: in the course of a piece of research into trafficking in garment manufacturing in India, Anti-Slavery International spoke to the mother of one 20-year-old woman who worked in a cotton spinning mill. She described visiting her daughter:

“I spoke to her in a room provided for visitors because visitors are not allowed to go inside the mill or hostel. My daughter told me that she was suffering with fever and vomiting often. …I met with the manager and requested him to give leave to my daughter because she was unwell. I told him that I would send my daughter back once she was better. But the manager refused saying that there was a shortage of workers therefore they cannot grant leave. He also assured me that they would take care of my daughter and asked me not to worry.”

A week later she received a message to say now she could collect her daughter. She was dead.

That woman’s daughter, like millions of others, wanted nothing more than to have a decent job as an opportunity to work her way towards a better life. In many places businesses have provided such. But in other instances, many of the most vulnerable are overlooked because of their caste, religion, ethnicity, migration status or some other arbitrary judgement and are exploited up to, and including, enslavement.

But businesses can help change this. Indeed many have already begun to do so. Over the coming months the Transparency in Supply Chain Clause (TISC, Part 6 clause 51) in the UK’s Modern Slavery Act 2015 will come into force. This measure states that companies with a turnover exceeding £36 million will be required to prepare a slavery and human trafficking statement for each financial year.

That this provision is actually included in the Act is a result of the pressure brought to bear on the UK government by business members of the Ethical Trading Initiative (ETI). These companies recognised that long term business sustainability depends on being able to establish ethical supply chains which provide decent work. They also recognised that their efforts towards this were being undermined by the disinterest of less scrupulous competitors.

This provision now provides businesses with an opportunity to move to the forefront of the struggle against slavery, by consciously, and publicly, thinking about slavery risks within their supply chains and what might be done to diminish any abuses they find.

This should start with credible risk analysis of companies’ potential vulnerabilities, particularly if their supply chains stretch into impoverished or undemocratic countries with high corruption levels and poor rule of law. In addition, where there is systematic discrimination against certain sections of society, such with regard to the Dalits in South Asia, there is a considerable risk of uncovering the most distressing kind of forced labour within that supply chain.

There is no point hiding from this truth. It will be much better to confront it and identify the scale and nature of the problems and any means by which it may be remediated.

The UN Guiding Principles on Business and Human Rights recognise that businesses have the responsibility to respect human rights and that governments have the duty to protect them. Of course it can be next to impossible to respect the rights of workers if a given government is shirking their responsibility in protecting those rights. So thorough and proper reporting on a business supply chain may, for example, indicate an urgent requirement for increased labour inspection, clean policing, increasing court capacity, changes in migration rules, or changes in the law to make exploitation and enslavement much more explicitly criminal offences.

It can only be beneficial for the business community when the public discourse on ethical trade recognises the interdependent responsibilities of citizens, governments and business in eradicating forced labour and all other human rights abuses in international supply chains.

This can emerge if businesses provide both a clear-sighted and honest analysis of the challenges of their own supply chains, an itemisation of what they plan to do to remediate the situation, and a public critique of governments’ failures in human rights protections. This might even lead to the beginnings of a transformation of the wider political economy if it exerts the sort of pressure for new legislation and regulation to raise ethical trade standards that UK companies brought to bear on the British government to get this measure on the statue books in the first place.

With such a move businesses would return to the vanguard of the struggle against slavery that many had previously occupied in the 19th Century.