The Private Sector Must Assume a Central Role in Global Development 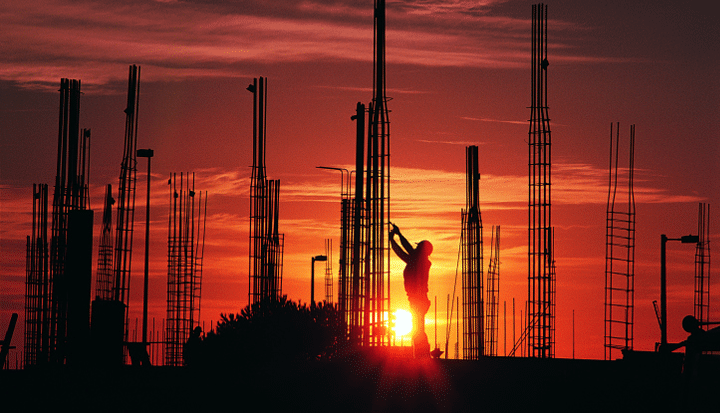 The Private Sector Must Assume a Central Role in Global Development

On the one hand, it is argued that the profit motive encourages a 'race to the bottom' that undermines wage levels, standards of welfare and human rights and environmental protection. On the other hand, some argue that private sector development is a key plank of development activity, and speak of the almost mystical potential of inclusive business models.

ODI's (Overseas Development Institute) Private Sector and Markets (PSM) programme has been created to reach beyond these generalisations and answer two simple questions: what is the role of business in development, and why should business be interested?

There can be no doubt of the size and ubiquity of the private sector in emerging markets. According to World Bank figures, net private capital flows to developing countries in 2007 topped $1tn. In the same year, overseas aid from OECD countries totalled $103.7bn.

It is also incontrovertible that the most significant reductions in poverty have been a result of private sector activity. A study carried out by UNCTAD, the Indian Government, and the UK Department for International Development (DFID) found that rises in exports from India between 2003-04 and 2006-07 created 26 million new jobs and $55bn in additional income.

Unfortunately, the reverse is also true: the World Bank has estimated that the global financial crisis between 2007 and 2010 pushed 64 million people back into poverty.

However, focusing solely on the economic development impacts of the private sector, important though these are, means missing much of the point. Companies and markets affect virtually all of the issues involved in development.

Take governance as an example. It is widely acknowledged that, in many countries, corruption is a major governance challenge. The Extractive Industries Transparency Initiative was established in 2002 to eliminate corruption in the payment of revenues due under drilling and mining contracts. The major extractive companies such as Shell, Chevron and Rio Tinto have been central to its success.

In the education field too, the private sector plays a significant role. In Azerbaijan, BP established the Caspian Technical Training Centre to improve education in drilling and engineering disciplines. In Pakistan, Standard Chartered provides training to owners and managers of small and medium enterprises (SMEs) in issues such as financial management and reporting.

The impact of the private sector can be felt even in the most delicate of development tasks. Take post-conflict reconstruction. A key challenge in this is the fostering of trust and 'connectors' to help bridge the divides that led to war. A study of post-war Bosnia concluded that 'workplaces ... [are] better suited than neighbourhoods or voluntary organisations for building bridges'. In the Afghan province of Uruzgan, a Dutch-backed project to develop a local market for saffron was credited with reducing tensions between different tribal groups.

The question is not whether the private sector is relevant to development, but how better to harness the dynamism of companies and the market. At present, the private sector has significant developmental impacts but these are poorly understood and largely ignored by the donor community. ODI's PSM programme is exploring three key issues:

• How can governments and donor agencies place private sector development at the centre of their activities?

• How can companies be supported in understanding and managing their impacts on development?

There is an overwhelming need to change the current approach to development – to take the market from the periphery of the development process to its very centre. The donor community needs to understand how best to leverage what the corporate sector will do as a natural part of its business, and focus its attention on fixing those things that the market cannot or will not reach. Companies need support in understanding the implications of development issues for their profitability and shareholder value, and in managing those issues as part of their business practice.

Companies are not social-development organisations, nor should we expect or even want them to be. The donor community needs to overcome its distaste for the profit motive and realise that this is what drives the innovation and dynamism of the private sector. It can present benefits as well as costs, opportunities as well as threats and advantages as well as disadvantages. In development terms, the private sector is neither a good thing nor a bad thing; it is a necessary thing.

This blog was previously published on Guardian Sustainable Business and is reproduced with permission.