The Nutritional Value of Toilets 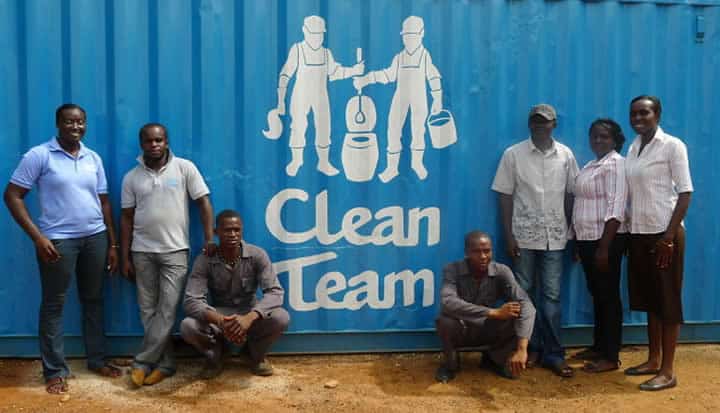 The Nutritional Value of Toilets


“Don’t ever, ever eat in the toilet!” When I grew up I imagined every mother in the world admonished her children with this warning. If you’ve grown up hearing this message, as so many children in middle and high income countries have, you simply cannot think of food and toilets in the same sentence without some discomfort. And yet it turns out the relationship between food and toilets is much more positive than our mothers ever led us to believe.

Quite simply, children who grow up in communities who use toilets are less likely to be malnourished and children who grow up in communities that defecate openly are much more likely to become what is called “stunted”, a horrible word that means much more than just being too short for your age and describes a condition that slows mental as well as physical development preventing children from reaching their full potentials. How does the relationship between toilets and stunting work? The evidence is rolling in. Children who grow up surrounded by feces - animal and human - ingest it constantly which can trigger a disorder of the small intestine called “environmental enteropathy”. The intestinal walls of children who have this condition constantly "leak" bacteria into the blood stream causing chronic low-grade infections that consume vast amounts of energy to fight, leaving less nutrients available for growth.

Globally, they are major contributors to the 6.3 million child deaths that occur each year, most from infectious diseases such as pneumonia and diarrhea, cost hundreds of billions of dollars in medical treatment for those who get sick, and significantly depress economic growth and development. India is the eye of the storm with the world’s highest concentrations of open defecation (600 million), stunted children (62 million) and child deaths (1.3 million). To accelerate investments in reducing open defecation and improving child nutrition in India, the United Nations Foundation, the MDG Health Alliance and WASH Advocates co-hosted a discussion in September with leading experts to explore how public-private partnerships could tackle the sanitation/nutrition challenge in a more integrated way.

Participants included the Public Health Foundation of India’s Ramanan Laxminarayan, UNICEF’s Sanjay Wijesekera, Jean Humphrey from Johns Hopkins School of Public Health, Analia Mendez of Unilever, Lucy Sullivan from the 1000 Days Initiative and Gardiner Harris from the New York Times, whose scathing article on the lack of access to toilets in India inspired the conversation. The discussion was in support of the UN Secretary-General’s Every Woman Every Child movement.

The panel acknowledged that food interventions alone can close only about a third of the average growth deficit of Asian and African children and that the global development community has substantially underestimated the contribution of sanitation and hygiene to childhood growth. Although there was agreement that increasing access to locally designed, manufactured and marketed toilets in participation with the private sector is a critical part of the solution (with Jim McHale from American Standard sharing details of their success in Bangladesh with the SaTo toilet and Analia Mendez outlining Unilever’s new Uniloo project), the panel argued for a big push to increase demand for toilets.

Gardiner Harris cited the recent SQUAT survey that revealed a strong preference for open defecation among older males in India and the work of the Rice Institute’s Dean Spears which shows that Hindus are 40% more likely than Muslims to practice open defecation, a factor that accounts for the large (18%) child mortality gap between Hindus and Muslims. Experts agreed education efforts and incentives to encourage toilet use should target the sub-populations most resistant to change.

Despite barriers on both the demand and supply sides, panelists acknowledged that political commitment for ending open defecation has never been stronger. At the global level the United Nations Deputy Secretary-General, Jan Eliasson, is leading the End Open Defecation campaign and the Indian Prime Minister, Narendra Modi, announced the Swachh Bharat Mission with the goal of ending open defecation in India by 2019, to coincide with Mahatma Gandhi’s 150th birthday. There is now an opportunity for other stakeholders, especially the private sector, to fully engage with these public partners to drive down open defecation rates and simultaneously invest in child nutrition interventions. By delivering sanitation and nutrition investments together to the largest populations of children living in the open defecation communities, the deaths of many more children could be prevented and the lifelong impacts of stunting dramatically reduced.

Almost fifteen years ago the Millennium Development Goals (MDGs) set out to halve child hunger, reduce chid deaths by two thirds and double access to toilets. With just 450 days left until the MDG deadline the world has managed to reduce childhood stunting by 35%, child mortality by 50%, and those without basic sanitation by 30% - impressive, but not enough to achieve the targets. In the time remaining, we need to pull out all stops to build new public-private partnerships to invest aggressively in integrated sanitation and nutrition solutions prioritizing the largest populations of children who grow up constantly exposed to feces.

Leith Greenslade is Vice-Chair at the MDG Health Alliance, a special initiative of the Office of the United Nations Special Envoy for Financing the Health Millennium Development Goals. In recognition of the significant and increasing role of the private sector in achieving development goals, the Alliance engages corporations and private foundations and mobilizes public-private partnerships with governments, non-government organizations, academic institutions and corporations to accelerate global progress in support of Every Woman, Every Child, an unprecedented movement spearheaded by the United Nations Secretary-General to advance the health of women and children. See more at: http://www.everywomaneverychild.org/news-events/news/968-the-nutrit...

This blog was previously published on Every Woman Every Child and is reproduced with permission.